Kristin Hope entered into the Georgia Banana Pudding competition in Irwinton and has her eyes on the prize. 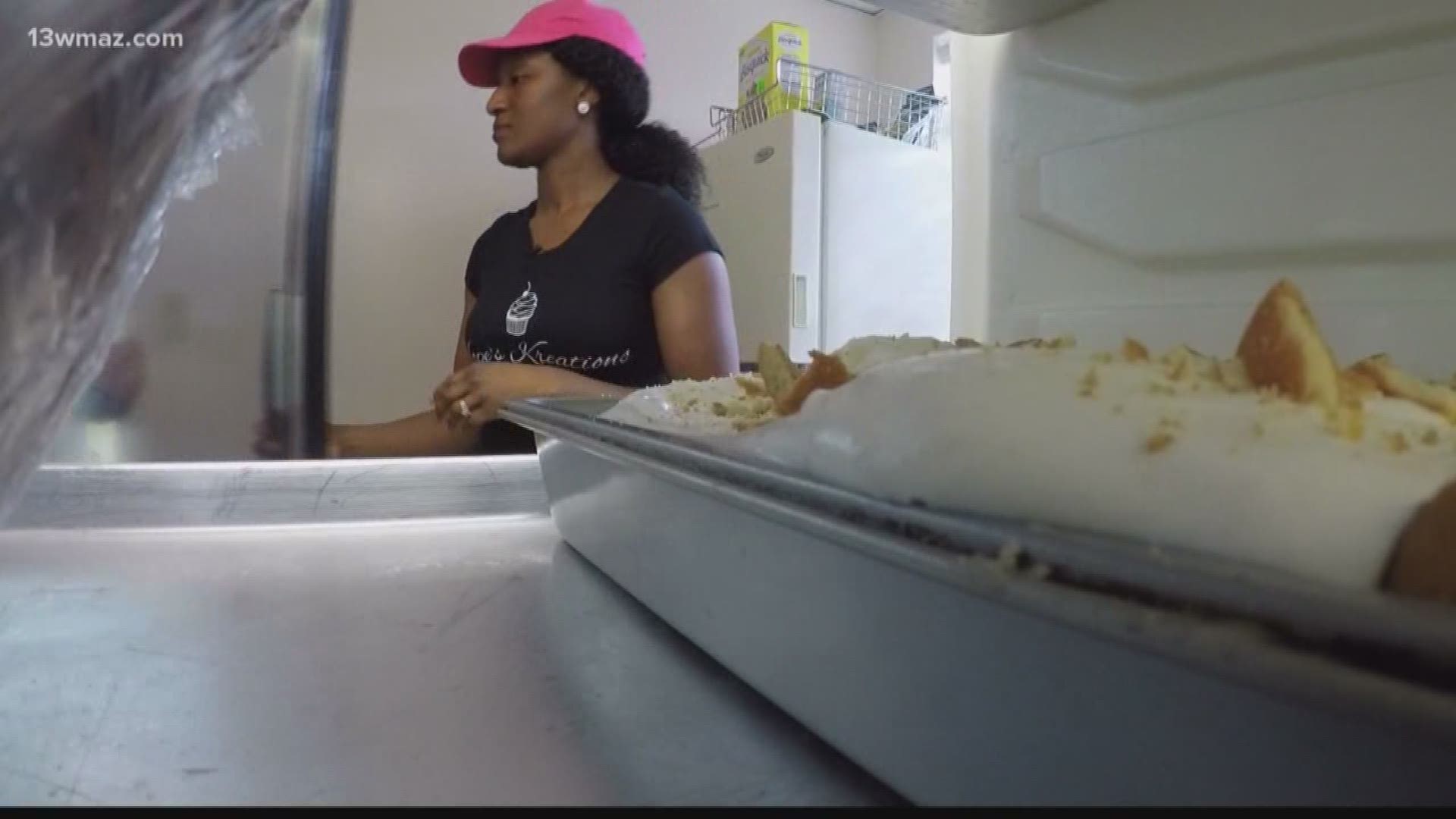 The State Banana Pudding competition is coming back to Irwinton next weekend, and people are going bananas. Nicole Butler met up with one contestant from Milledgeville who plans to peel back the competition and bring home the gold!

Being in the kitchen is nothing new to Kristin Hope.

Throwing it back to her roots, she's getting inspired by one of her mom's famous recipes.

"I was like, 'What is in that banana pudding?' Like, 'I gotta find out,' so I asked her one day to help me make the banana pudding so she gave me her recipe and I just started making it," Hope says.

And she hasn't looked back since.

"And it's just been the talk of the town in Milledgeville, so I just really want to go beyond Milledgeville to get our banana pudding out there," Hope says.

So Hope's entered into the state competition and has her eyes on the prize.

But what makes her pudding stand out from the bunch? Its fluffy texture!

"And they'll try to guess, 'Is it sour cream? Is it cream cheese? What's the secret?' But I won't tell them, it's a secret. They are like, 'It's so fluffy, it tastes like heaven,'" Hope says.

But she did give us a little insight on how she gets the texture that makes her customers go bananas.

"The whisk is our secret -- you gotta whip it, so if you can whip it, you can do it," she laughs.

You can just taste that each cup is made with love.

"So once you put it in your mouth, it takes you to a whole another level, and so I think I want everyone to experience that same 'WOW!'" Hope says.

Hope says her goals next weekend are to see some jaws drop, fill up some stomachs, and, of course, bring home the gold!

The judges will be tasting 10 different banana puddings and judging them on texture, appearance, and, of course, taste.

The winner will be heading off to the National Banana Pudding Competition in Tennessee.