Crews, including six to eight divers with the Georgia State Patrol, searched until sundown and were back at it as soon as the sun came up Monday morning. 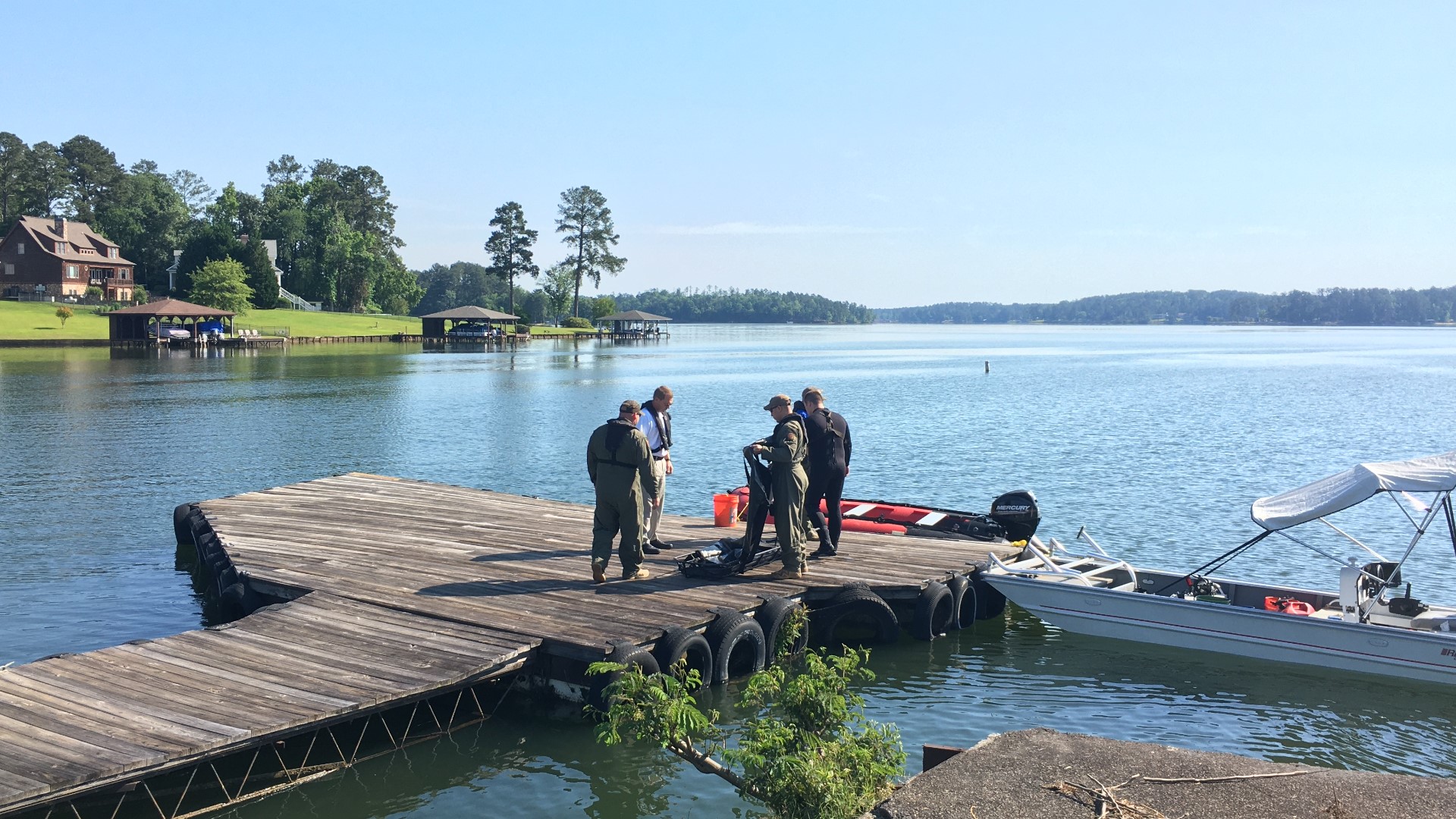 BALDWIN COUNTY, Ga. — A search and rescue team recovered the body of a 12-year-old boy who went missing this weekend on Lake Sinclair.

Battle said, "I'm hurt. This is a place I come to quite often. To find something out like that is just hurtful."

He then responded by boat, along with the Baldwin County Fire and Milledgeville Fire departments.

"Once on scene, we made contact with the family that was actually out beached on one of the nearby beaches," said Stanford.

Stanford said the family was boating, picnicking, and swimming near Airport Island when the boy went under while swimming.

The family couldn't reach or find him.

Crews, including six to eight divers with the Georgia State Patrol, searched until sundown and were back at it as soon as the sun came up Monday morning.

"Utilizing side scan sonar as well as a sector scan, ambience received last night with better equipment on it this morning, we were able to determine it was a target to dive on," said Stanford.

According to Stanford, he wasn't alone when he drowned.

"They were able to pull one of the distressed persons out of the water, whereas the second one, they were unable to retrieve them at the time," said Stanford.

In addition, according to Stanford, this was the second drowning in a week on Lake Sinclair.

He says a man also drowned last week after falling off a pier.