In Milledgeville, tickets will cost $75 for a first offense and $125 for later violations. 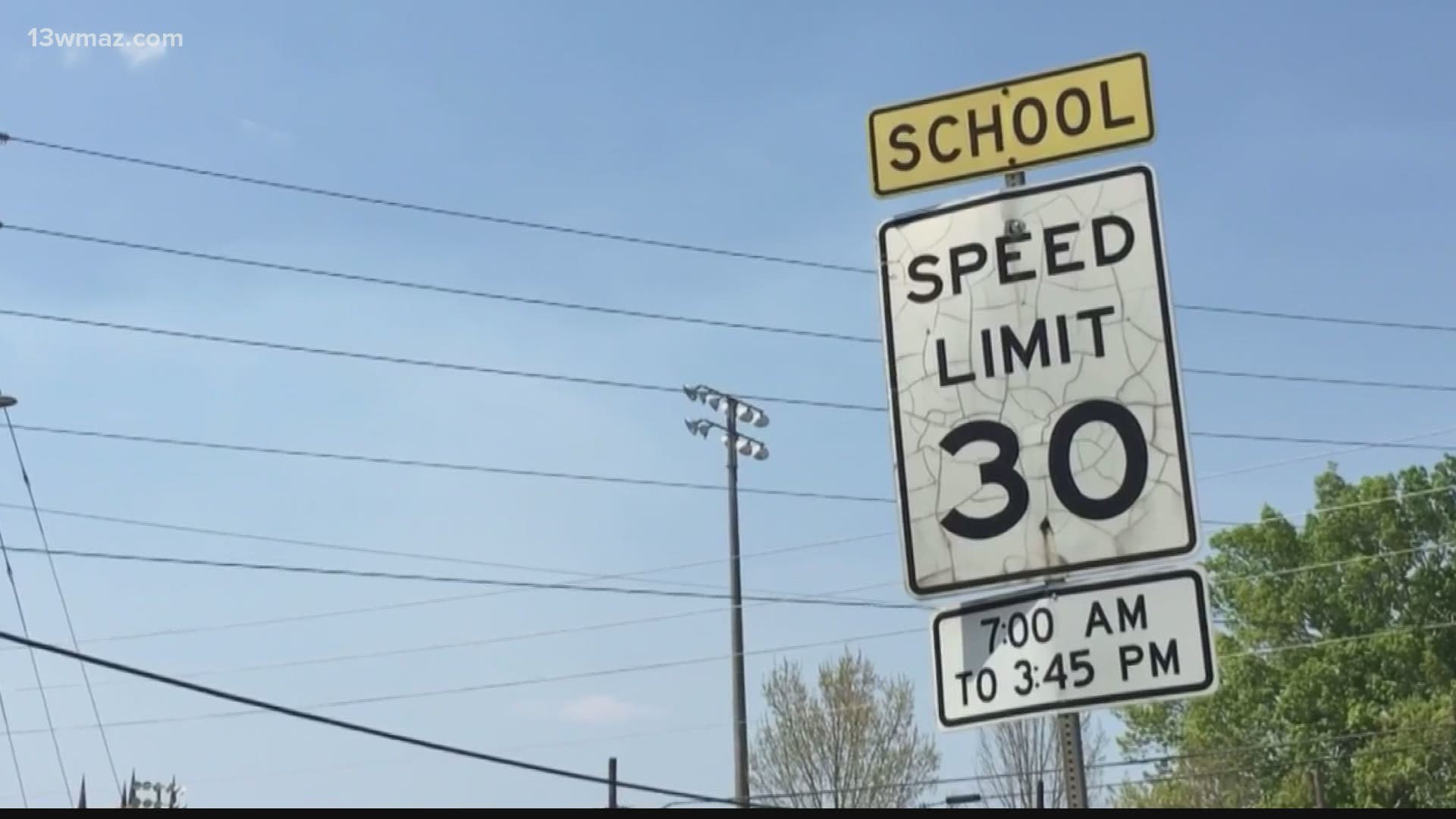 MILLEDGEVILLE, Ga. — If you're driving in Milledgeville next week, you'll want to be extra careful -- you could be on camera.

Near the Georgia Military College's campus by South Elbert Road, there is a new speed enforcement zone starting Monday.

"I go to the south side and back to the north side," said Leonard.

Leonard says she sees people speeding down South Elbert Street, so she isn't bothered by the new cameras that will be used to ticket speeders in school zones.

"It's fair," said Leonard. "People should wear their seatbelts and drive safely, because other lives are at risk."

That's according to Kyle Collins of the Georgia Department of Transportation.

Near the GMC prep school, Milledgeville police say they saw 74 accidents between 2013 and August of 2018.

"Fortunately, we haven't had any fatalities in that particular area," said Swicord.

However, he says they've seen 450 speeders in the last 30 days on South Elbert Street, at this crosswalk.

"For 30 days, we have been giving people that warning summons," sad Swicord. "Starting April 12, next Monday, we will start sending summons with the fine amount on it."

Kimberly Densley said, "Once they find out they have a ticket guard there and they get it in the mail, I think it'll make a big difference."

The Milledgeville Police Department is looking to add another speed enforcement zone in front of the Baldwin County High School.

Three years ago, the General Assembly said police could post those speeder-cameras around schools.

In Milledgeville, tickets will cost $75 for a first offense and $125 for later violations.

If you don't pay, you won't be able to get new car tags.