Baldwin County libraries, other resources could close due to service delivery negotiations

The Twin Lakes Library System could close if no deal is reached between Milledgeville and Baldwin County by June 30. 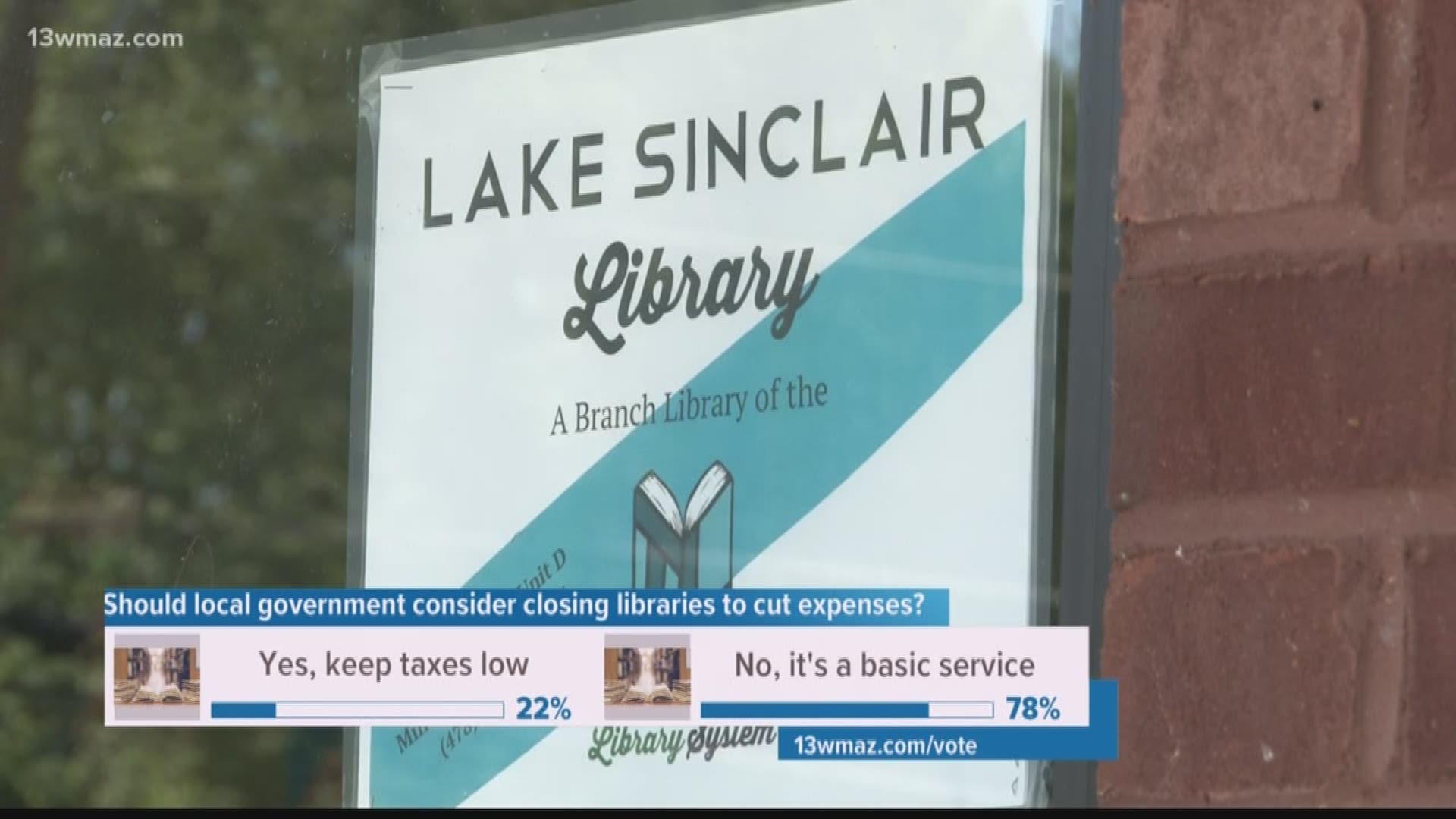 MILLEDGEVILLE, Ga. — The deadline is fast approaching for an agreement on services between Baldwin County and Milledgeville. If a service delivery strategy isn't put in place soon, services in the county will be cut back.

The first casualty will likely be a branch of the Twin Lakes Library system, and then, possibly the whole system itself.

The city and the county are currently engaged in talks over the funding for many services including water, animal control, court services and more. Director of the Twin Lakes Library System, Stephen Houser, said no deal by the June 30 deadline could mean the end of the Lake Sinclair Library.

"We have a leased building, the Lake Sinclair Branch. It's up for renewal, and with no funding we'll have to close that branch probably," Houser said. "The Board of Trustees is meeting next week to decide the fate of that branch. Without funding, I can't recommend that we keep that open."

Houser said the library system will lose about 90% of its county funding, a total that was over $300,000 will drop to a little more than $28,500. With no county funding, the Twin Lakes will close the book on state-matched funds and state provided services.

"Which includes access to the PINES share book system, zoo passes, our computer software, including capital renovation grants, which we've had about $700,000 worth over the last two years," Houser said.

If the Lake Sinclair branch closes, there will be no libraries in the unincorporated part of Baldwin County.The branch's lease ends on August 1. The board of trustees will be meeting on June 28 to decide what will happen to it.

The library system said without any funding they'll likely have to spend their emergency reserve money, which they believe may run out by October.