The suit is also demanding that the All-Star Game return to Cobb County this summer. 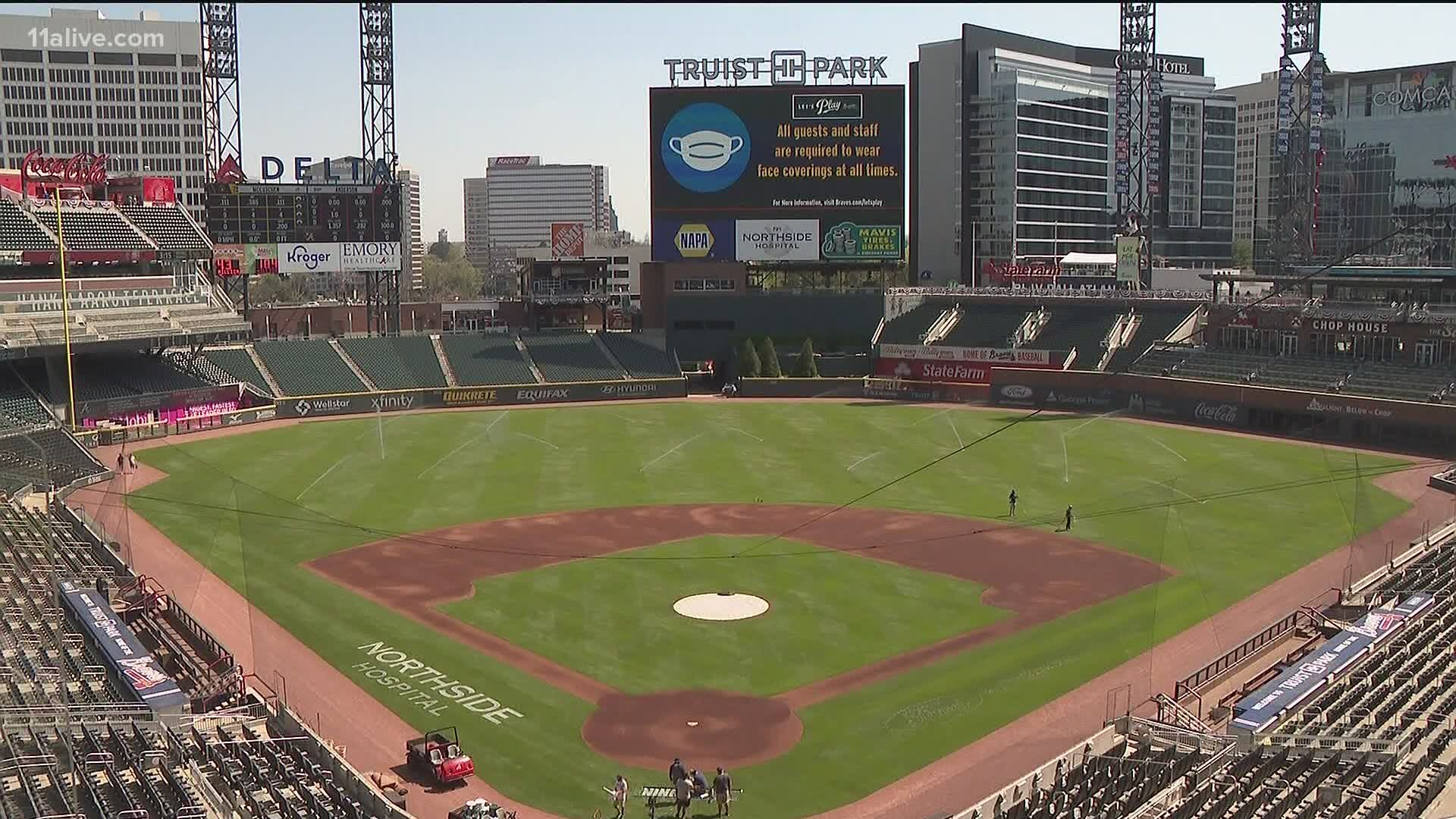 ATLANTA — There is now more fallout over Major League Baseball's decision to pull the All-Star Game out of Cobb County over Georgia's new election law.

A lawsuit has been filed against the league, its commissioner and even the MLB Players Association.

The suit is demanding that the All-Star Game return to Cobb County this summer. It is also asking for $100 million in damages to local and state small businesses.

Many of those businesses are minority-owned and still recovering from pandemic losses, they said.

The highly anticipated game was pulled from Truist Park in April and was moved to Coors Field in Colorado after Governor Brian Kemp signed SB202 into law.

Many Democrats have called the changes a form of voter suppression.

RELATED: Georgia election law explained: Here's what the law does, doesn't do

“MLB robbed the small businesses of Atlanta – many of them minority-owned – of $100 million, we want the game back where it belongs,” said Alfredo Ortiz, president and CEO of the Job Creators Network. “This was a knee-jerk, hypocritical and illegal reaction to misinformation about Georgia’s new voting law which includes Voter-ID. Major League Baseball itself requests ID at will-call ticket windows at Yankee Stadium in New York, Busch Stadium in St. Louis and at ballparks all across the country.”

As a result of the game being pulled, some movie productions pulled out of the state and more than 8,000 hotel reservations were cancelled.

The July game was expected to bring out 41,000  fans to Truist Park.

According to Cobb County Chief Financial Officer William Volckmann, the county would have received a “robust return” on its roughly $2 million investment to host the events.

Previous MLB All-Star Games have generated between $37 million and $190 million for the host cities.

The lawsuit from JCN says pulling the game from Cobb County is happening at the worst possible time -- given that many businesses are still recovering from the pandemic.

“Small businesses in this community had valid contracts relating to the All-Star Game and other events, the result of two years of planning and all that was ripped away by fear and misinformation spewed by political activists. Many states, including Colorado where the game has been moved to, have similar or more restrictive election laws,” Ortiz said. “This move essentially tells fans of teams in many other cities that they can never again host the All-Star Game; it’s hypocritical, illegal and we won’t stand for it.”