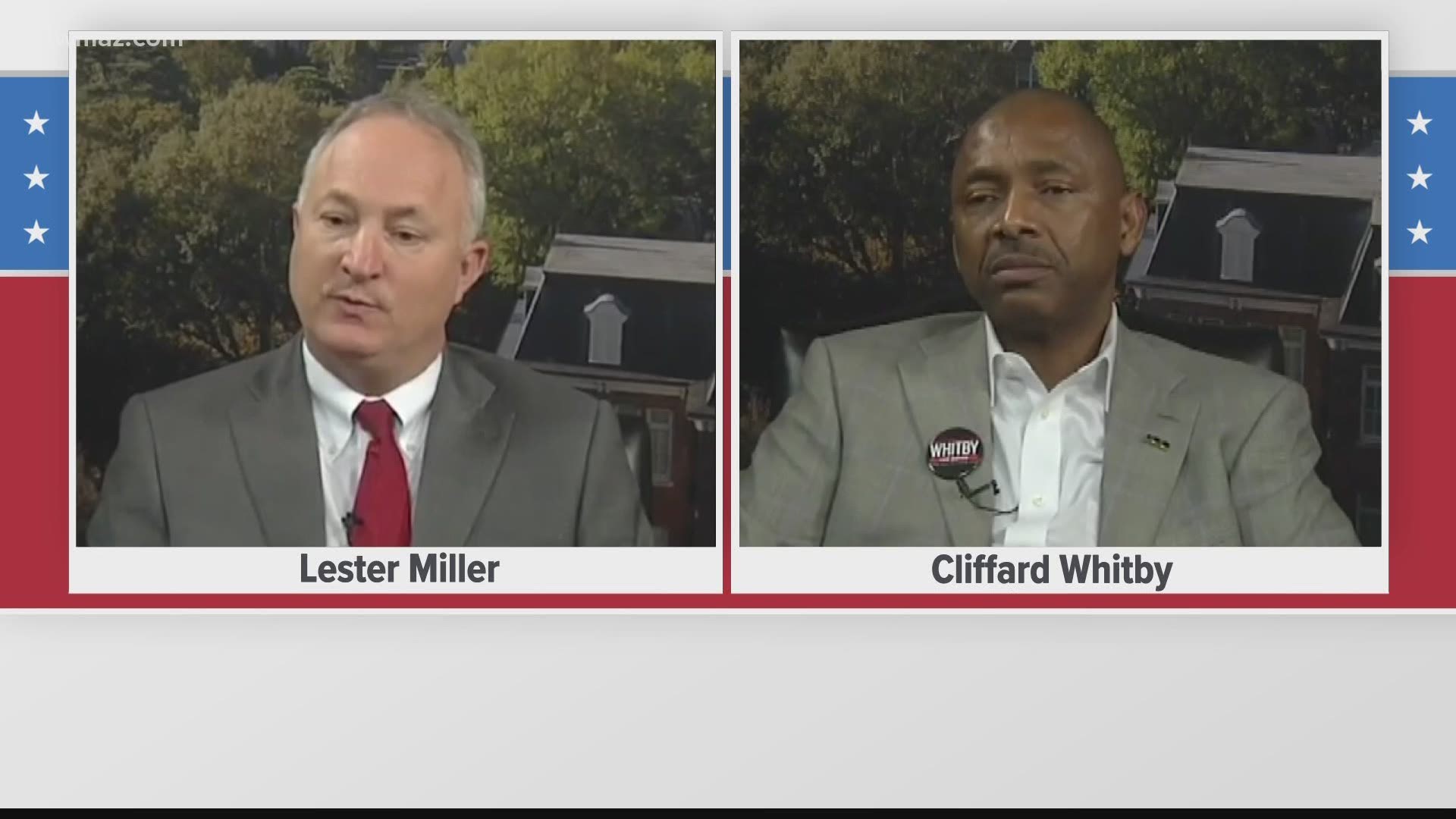 MACON, Ga. — Lester Miller and Cliffard Whitby have already spent more than a half-million dollars between them in the race to become Macon-Bibb's next mayor.

Most of that money's been spent by Miller, the Macon attorney and former school board chairman.

According to the latest documents filed with the county board of elections, he's raised and spent more than twice as much as Whitby, a businessman and former development-authority chairman.

Heading into the campaign's final month, Miller had more than $63,000 in his campaign fund, while Whitby has more than $41,000.

Fundraising doesn't always translate to votes, but having funds on hand affects the candidates' ability buy adverting and hire help.

Whitby's biggest expense was $5,633 to Public Service Partners of Marietta, a fund-raising consultant.

He also listed dozens of smaller checks for printing, advertising and contract workers.