On Monday, Governor Kemp announced the partnership that will develop internet broadband in rural counties. 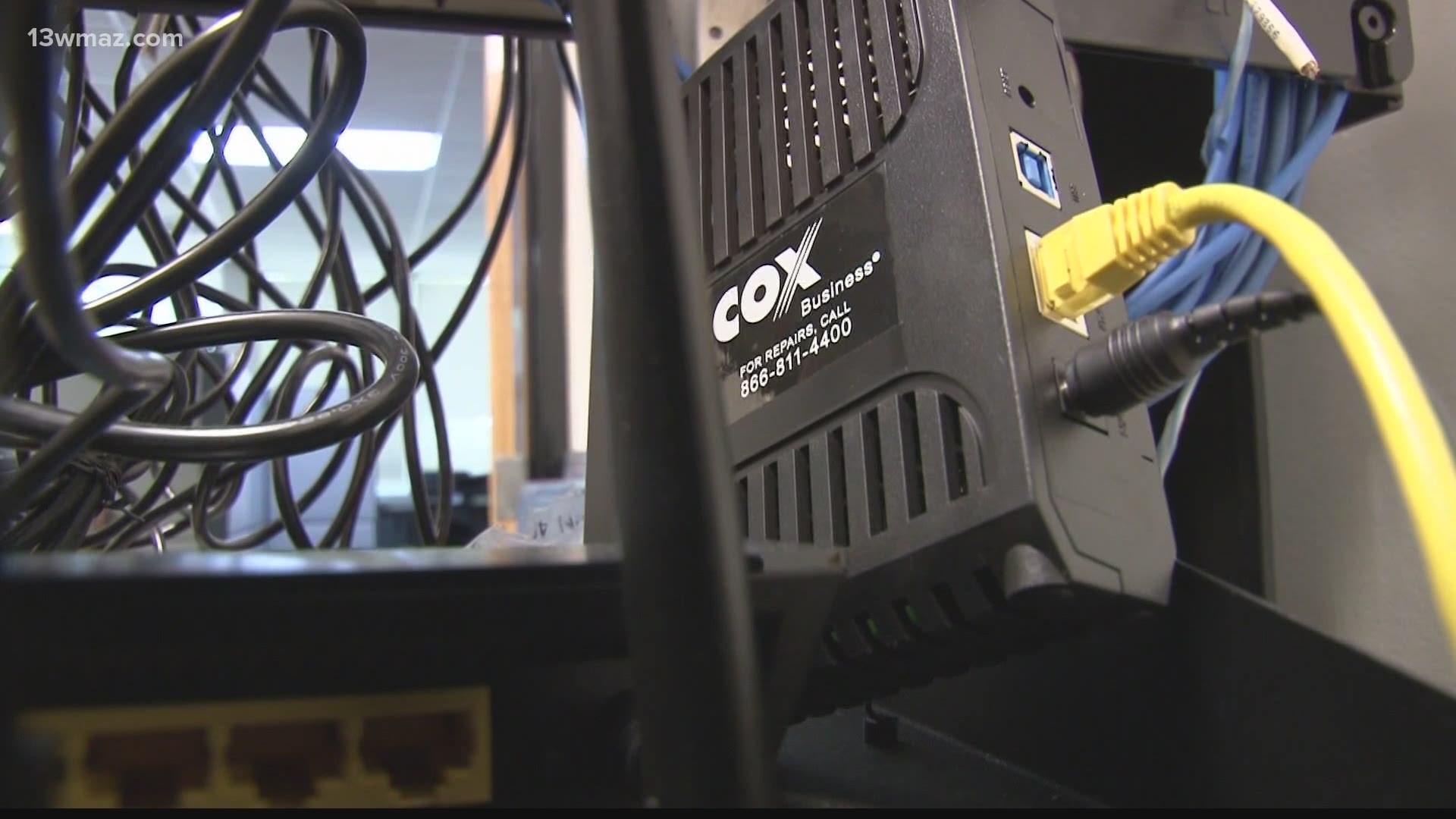 MONROE COUNTY, Ga. — David Wynn and his wife, Sherri, moved from Bibb County to Monroe County in 2016, not knowing that internet access would be a problem.

After seeing that few internet providers were available, they purchased a hotspot hoping that would fix their problem.

"It's hit-and-miss. It's certainly not reliable and it certainly doesn't give the speed that we really need," David said.

This became an even bigger problem once the pandemic began. David started working from home and so did Sherri, who is a school teacher.

David says not only was it complicated for Sherri to teach, but the students had a hard time learning as well.

"A lot of them can't do what they need to do from home because of the same issue, because they don't have internet available to them," Wynn said.

Because of many experiences like David's, the Monroe County Board of Education and the Monroe County Commission are partnering, along with two electric providers in the area, to bring high-speed internet access to all parts of the county.

"I think anytime that you can be an active player in a project like this that's going to benefit everybody, it's the best of all worlds coming together," Daniel said.

On Monday, Governor Brian Kemp announced the partnership that will develop internet broadband in rural counties.

"Broadband internet, other than it being a 'want,' as it kind of started out being a luxury, it's kind of moved into the 'need' category," Commissioner Greg Tapley said.

"I think it's great that something is finally being done. We've waited so long, I guess another year or so isn't that much longer to wait," Wynn said.

Central Georgia EMC and Southern Rivers Energy say they will extend fiber optic lines to all of their customers in Monroe County within the next 10 to 12 months.

According to Kemp's announcement, the broadband project will be a $30 million investment in Monroe County.