'I'm not going down silently': Juliette water a hot topic at the state capitol

Plant Scherer neighbors came face-to-face with state lawmakers to ask for support on two bills in the Georgia Assembly. 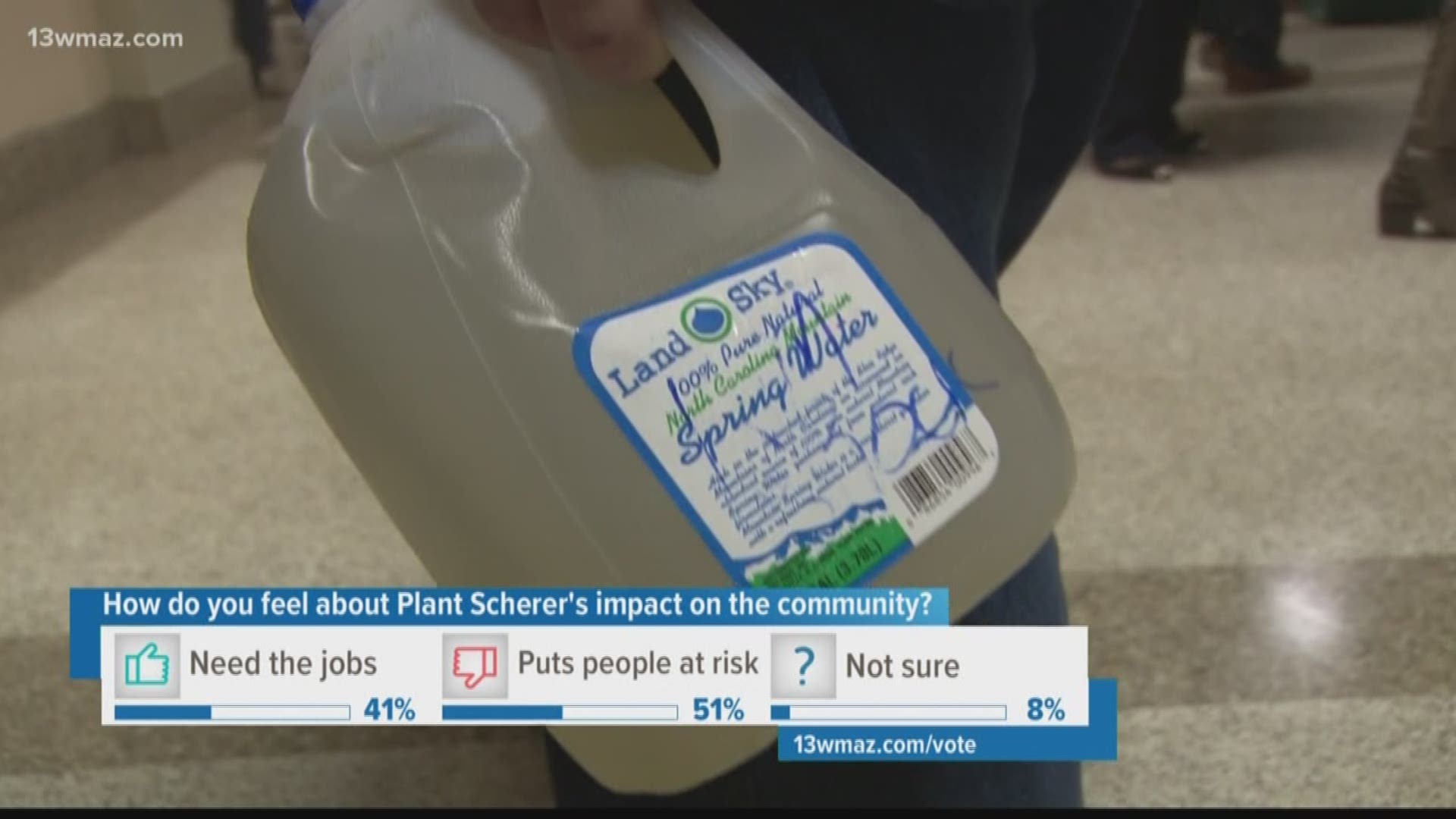 ATLANTA — Dozens of people from Juliette went to the state capitol trying to gain support from lawmakers on two bills that could protect their drinking water.

The words "Save Juliette" spread across their T-shirts, as the Plant Scherer neighbors asked state lawmakers for support.

People from Juliette paged every member of the state House and Senate, "see if they'll come out and talk to us," says Kay King. They want to discuss potential water contamination at their homes with lawmakers.

Some showed support on the proposed House and Senate bills in the Georgia Assembly.

"When people are dying because big power plants aren't taking care of their waste, we got to do something," says David Dreyer, District 59 House Representative.

Others asked for further testing on possible contamination.

"We want to see the data. I think this is primarily a EPD issue, and I think EPD needs to take a hard look at it," says Larry Walker, State Senator, District 2.

Dreyer added, "Georgia Power's lobbyists are blocking a hearing on this bill."

Juliette supporters carried bottles of water from home listing different heavy metals on the exterior to make a point to legislators.

Georgia Power says according to their testing by onsite professionals, the water isn't contaminated.

Georgia Power spokesman John Kraft says, "The claims that our ash ponds are causing an impact to Juliette residents drinking water that the Riverkeepers has made are just completely false."

Juliette supporters say they won't give up until they see change. "I'm not going down silently. I'm rising to the occasion," says Cass.

Kraft says, "We're willing to talk to folks and help explain what we're doing in order to ensure that our operations are protective of water quality, and the environment."

He says Georgia Power plans to de-water their coal ash ponds, consolidate them to a much smaller area, and place an "impermeable" cover over the pond.

When asked if the utility plant could tell Plant Scherer neighbors that their well water is safe to drink, Kraft said, "Based on the data that we've collected, we've posted on our sites, we're not seeing any above or close to state or federal drinking water standards, from our operations."

RELATED: VERIFY: Is it safe to eat fish in Lake Juliette?