The team held Wolves Day at the Monroe County Recreation Department on Saturday. 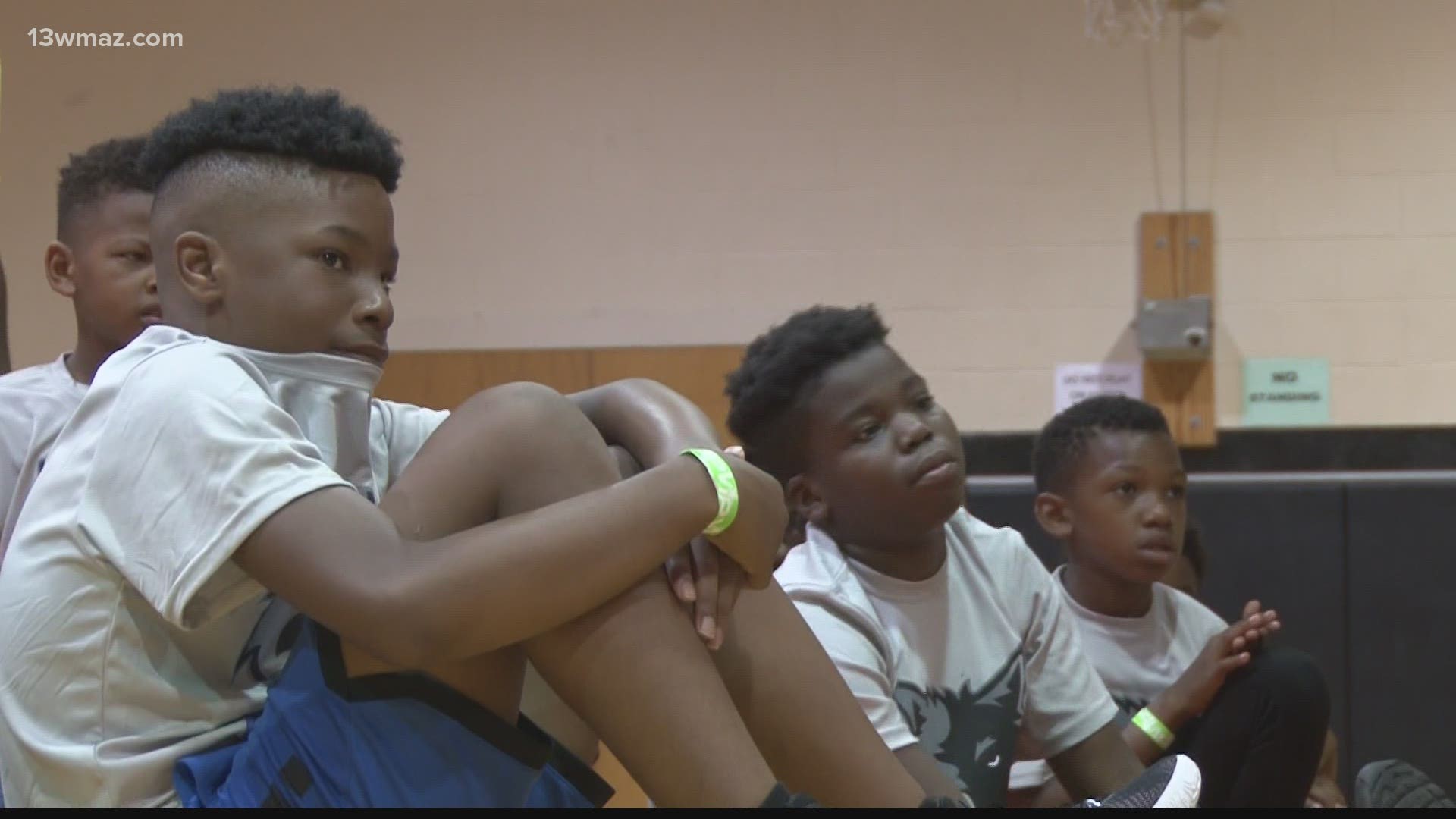 FORSYTH, Ga. — Football is king in the one horse town that is Monroe County, but Coach Jason Castlin says there's plenty of hoops talent living there as well.

"Everybody knows Monroe County is a football city, so it's a lot of kids out there that have a heart for basketball, love basketball. They don't really get the opportunity to play basketball maybe twice a year," Castlin said.

Castlin teamed up with his old college buddy and Virgin Islands Olympian Akeem Francis to bring basketball to the home of the black and gold.

The team played in a few tournaments with success, winning one and coming in second in another. On Saturday, the pair held 'Wolves Day' hoping to attract more kids to the game and bring some new pups to the pack.

"We're trying to expand it, we're trying to go from the fifth grade up to at least high school with girls and boys groups," Castlin said.

Castlin and Francis talked about putting together a team for a number of years, but felt like 2021 was the time to put words to action.

"Right now was the best time. We couldn't keep pushing it down the line. We came together this year and said 'look, we're going to come up with a plan and execute and get the wheels moving,'" Francis said.

"We just want to make sure that we're supportive. I guess, a big part is making sure whatever needs to get done, gets done. We're going to make sure our boys are taken care of," said Jason's wife Kylah Castlin

The Wolves will have a tryout for more interested kids in December and will look to begin hitting tournaments again starting in March 2022.