Midnight marks the deadline for counties to get their final audit results submitted to the state, but there could be more counting coming soon. 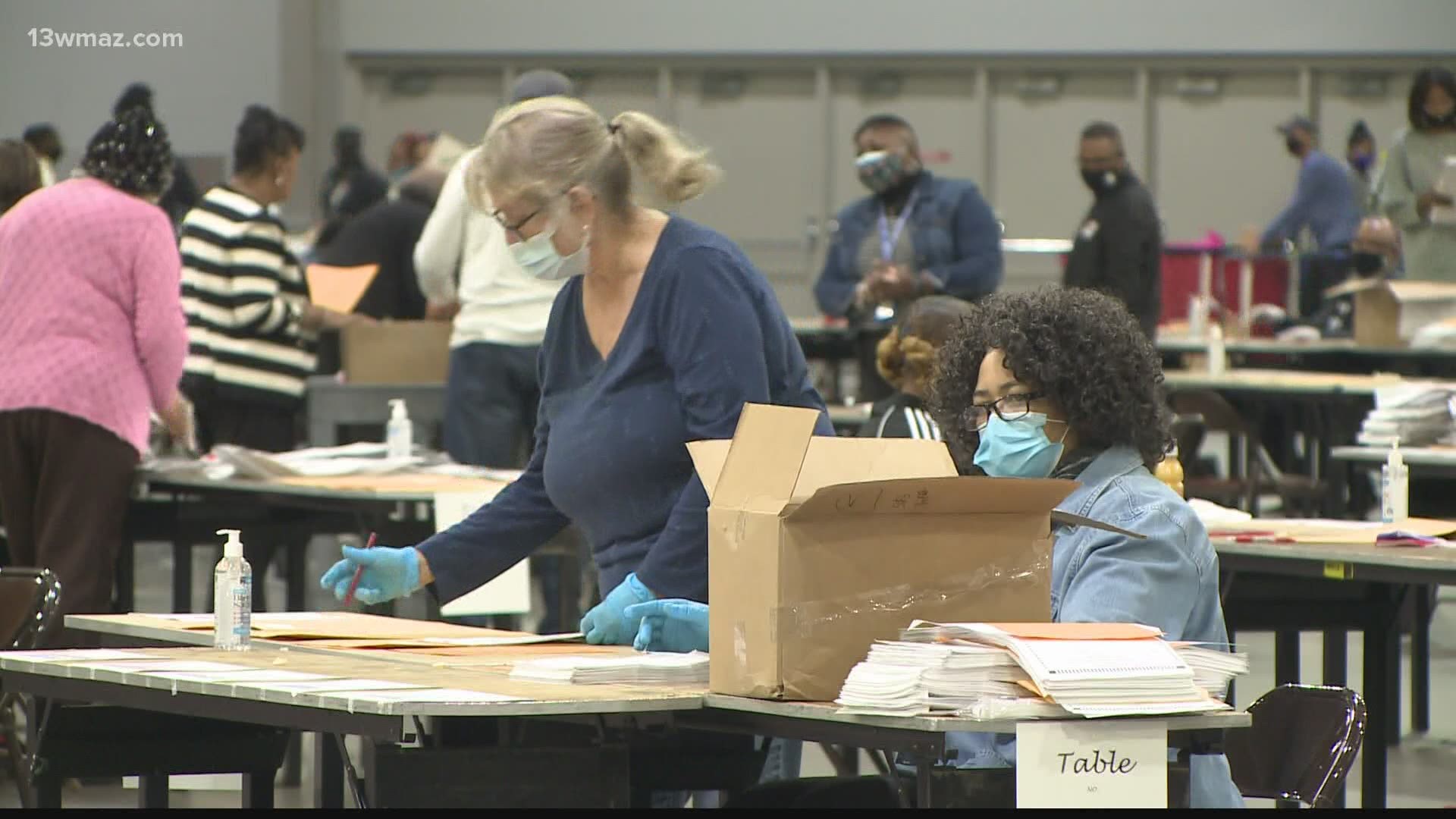 MACON, Ga. — The election audit in Georgia is winding down, and the Houston County Board of Elections say they finished up days in advance.

"Finished counting on Sunday, kind of went over, double checked the numbers and data entry on Monday and submitted it Monday afternoon to the state," says Andy Holland with the Houston County Board of Elections.

Holland says it took them three days to count all the votes. Matthew Mashburn with the Georgia Elections Board says this was the case for dozens of other counties across the state, thanks to the new voting machines.

"We've had the ability to compare the vote that was tallied by the computers with actual paper receipts that were viewed by the voters. We've never had this before," says Mashburn.

He says despite the voting discrepancies in counties in the Atlanta area, the final margin could still be slim enough for a recount.

"A candidate within one percent, so 50.5 percent or less, is entitled to a recount by law. I expect the campaign will exercise it," Mashburn says.

He says if that's the case, the recount will be done differently than the audit and hand recount.

Mashburn says the process could be historic.

"By the end of it, in Georgia, we will have counted, audited a full hand recount, and recounted by the time it's over, so we'll have the most-examined, looked-at election in Georgia's history," says Mashburn.