'We were meant to be there': Mother, daughter help save people from Warner Robins apartment fire

Madison Lowe and her daughter were driving home when they saw flames, called 911 and immediately began helping residents of the apartment complex 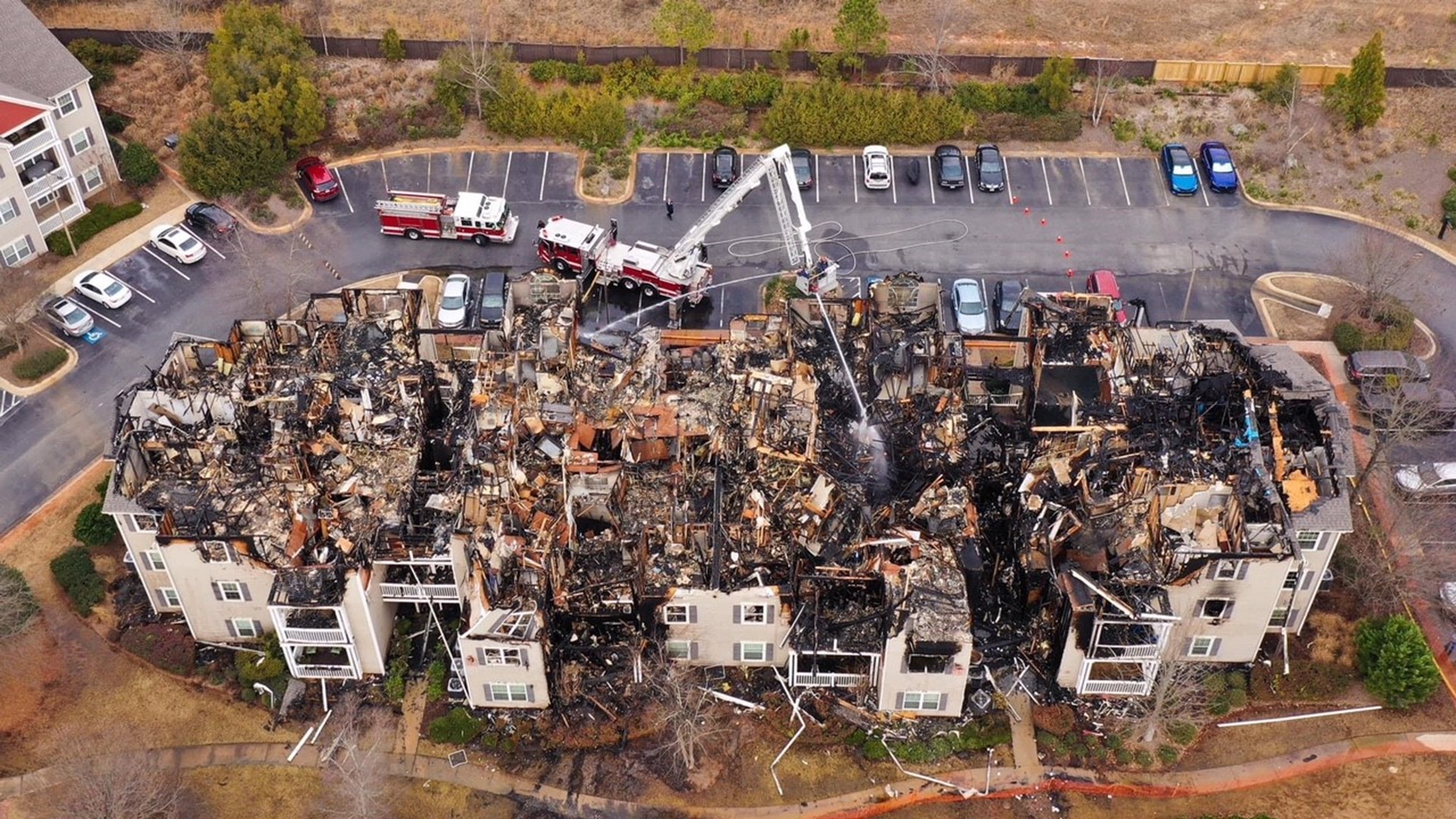 WARNER ROBINS, Ga. — One person is dead after a fire early Sunday at Coldwater Creek Apartments in Warner Robins.

Madison Lowe and her daughter, Ariana, were driving to their home Saturday night. Lowe saw what she thought was just an orange light in someone's window.

"My first instinct was, 'What are they doing so late? That's a weird light,'" recalled Lowe.

Moments later, Lowe and her daughter realized that light was actually flames. They immediately called 911, and then began knocking on doors and ringing doorbells in hopes of getting people out of the burning building.

"The one lady that I remember came to the door and opened the door, and she was like, 'Why are you so loud?' I was like 'Fire! There is a fire,'" Lowe said.

During the chaos, there was a point where Lowe thought her daughter got caught in the fire.

"In my mind the blaze is getting worse and she's upstairs where the majority of it was...and in my mind I was like, "'Did she get stuck up there,'" said Lowe.

Both of them say they felt many emotions, but afraid was not one of them.

"I just feels like everything happens for a reason and we were meant to be there. I am thankful for the first responders who got there very quick," Ariana said.

Houston County Coroner Danny Galpin identified the victim as 77-year-old Sheena Shumate. He says her cause of death was smoke inhalation.

The cause of the fire is still under investigation.

One dead after fire at Coldwater Creek Apartments in Warner Robins