Family members and neighbors tried rescuing them but couldn't get inside. 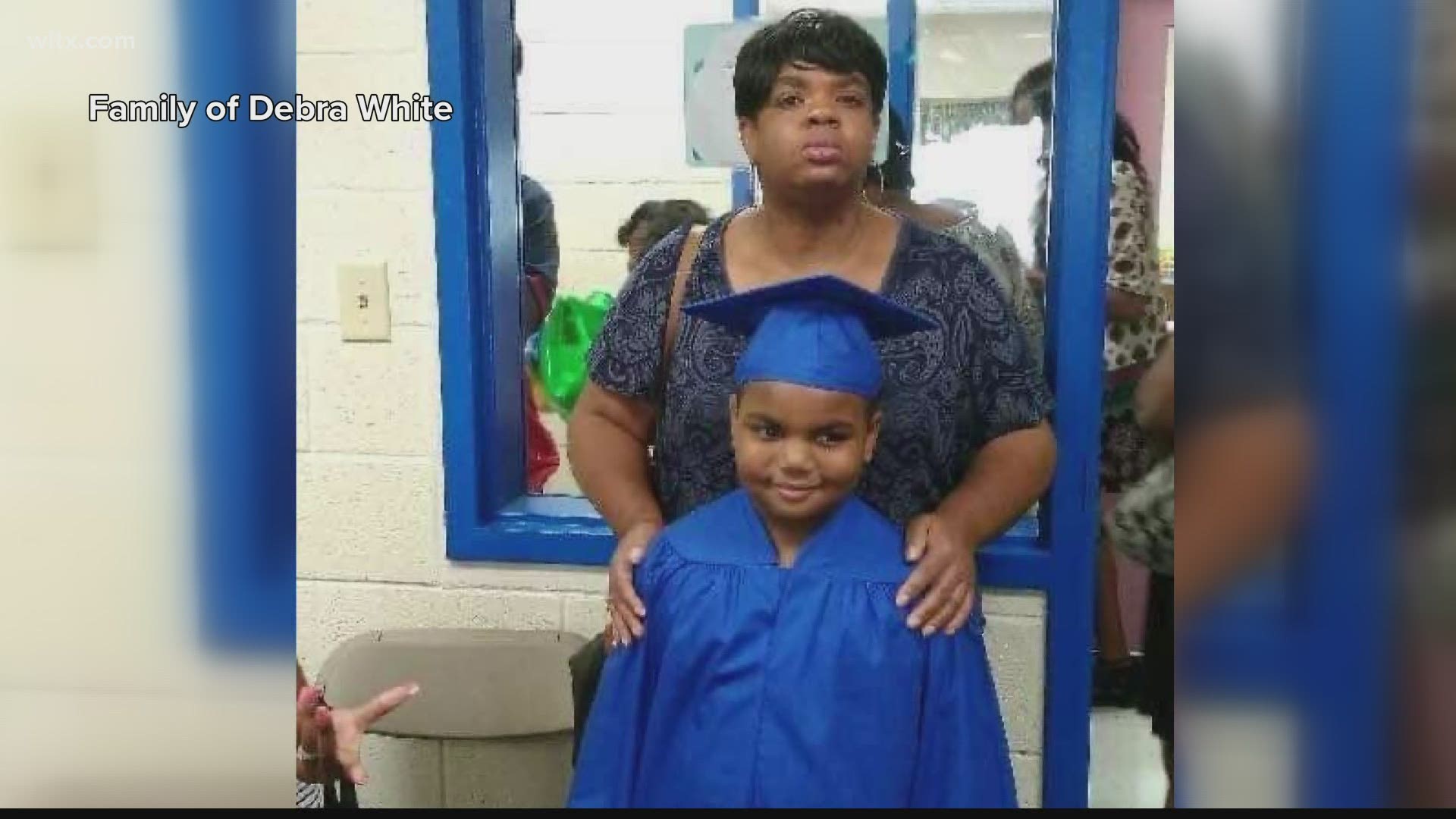 SUMTER, S.C. — In Sumter, a house fire has killed a mother while her son is fighting to recover.

51-year-old Debra White died on Wednesday. A fire broke out in her home off of Genbyrd Road Tuesday night while she and her 8-year-old son, Micah, were inside.

Albert told News19 he ran to the house with his cousins to try to rescue White and her son.

"It was about 11:30. They told me the fire was going, all I can remember is I just took [off]. I didn’t have on shoes or anything," recalled Albert.

Albert said when he got to the burning house, two deputies were on scene. He broke a window with his hand but couldn’t get inside.

"I could see the smoke and everything, they were in there. The front door was hot," said Albert.

When the Sumter Fire Department arrived, they got White and her son Micah out of the house. White was later pronounced dead at Prisma Health Tuomey. Micah is currently hospitalized.

Albert and his family are grieving the loss of White. He told News19 she was a fun spirit that, "wanted people to just joke and [she would] mess with you all the time."

While family members try to process the tragedy, they ask for prayers for Micah’s recovery.

The cause of the fire is under investigation by the Sumter Fire Department, the South Carolina Law Enforcement Division and the Sumter County Coroner's Office. Officials tell us the fire most likely started in the kitchen of the home. They don’t suspect foul play.