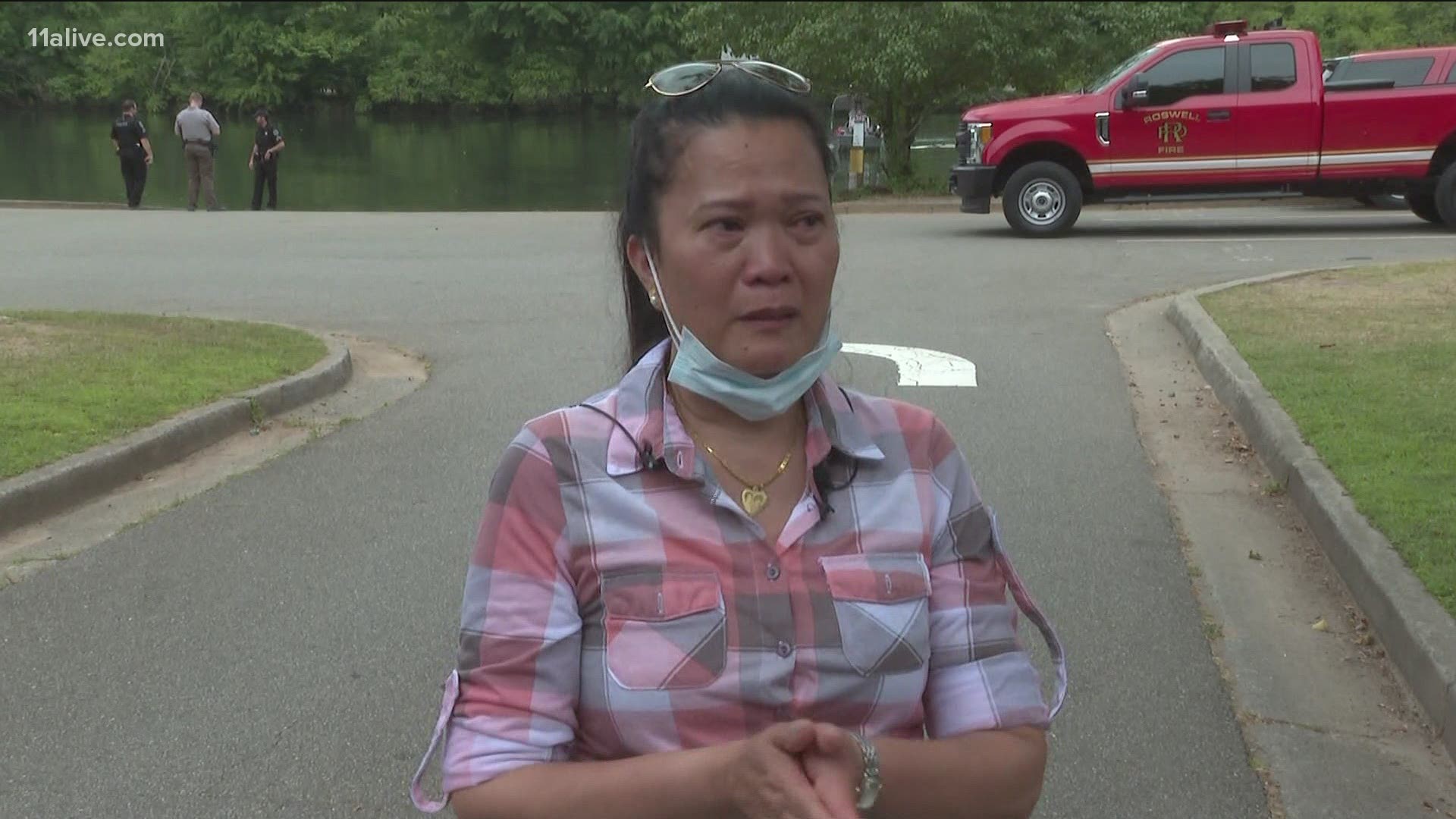 ROSWELL, Ga. — Update: Cobb Police confirm that a body has been located in the river. Get more information here.

A search for a missing teen swimmer in the Chattahoochee River near the Azalea Park Tuesday afternoon has transitioned to recovery efforts, according to fire officials.

Whatley described her son as a very smart kid who wanted to be a businessman. He's also a trained gymnast since the age of 3 and had dreams of going national. He and 9 other boys finished gymnastics before heading to the water.

Whatley said 8 of the boys were able to to make it and two others struggled.

Recovery continued Wednesday morning. Officials on the scene said the water is higher than usual and the current is strong.

Cobb County officials initially reported that a group of 10 people tried to swim across the river, with only 8 making it across. One of the two people that did not make it all the way across was rescued on a rock in the river, they said.