Jury trials across the the state are being pushed back after the Texas Supreme Court extended a previous order that postpones jury trials. 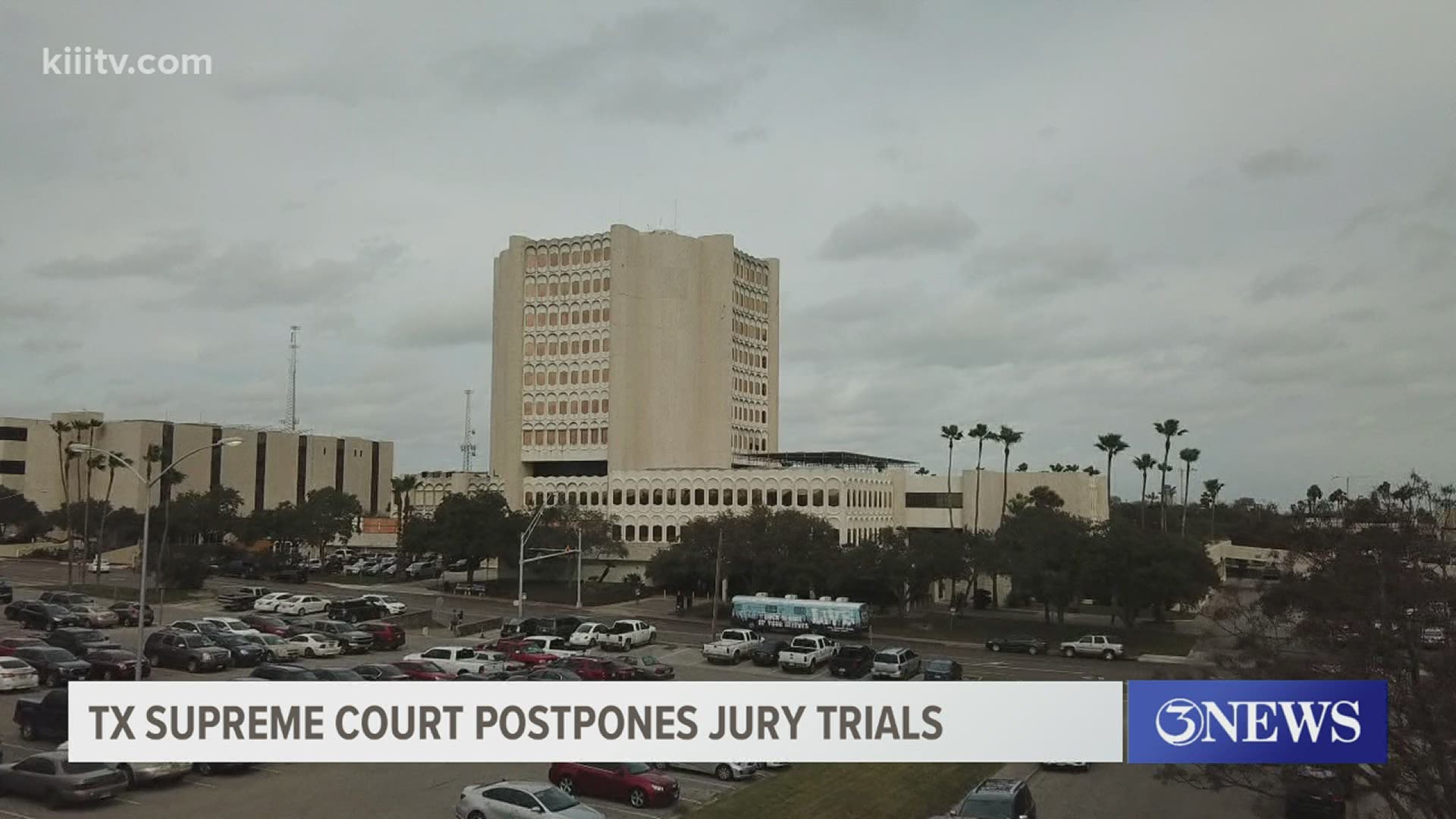 NUECES COUNTY, Texas — In person jury trials have once again been pushed back in Nueces County and across the state because of the coronavirus.

The decision was handed down from the Texas Supreme Court to extend a previous order that postpones jury trials, now through February 1st.

For one local mom it means more time to wait for the trial of her daughter's accused killer.

"It affects us tremendously. It's like another punch," said Fallon Wood.

Wood spoke with 3 News about the continued delay in the courts she has faced due to the pandemic.

Her daughter, 21-year-old Breanna Wood was murdered, her body found outside of Robstown back in early 2017.

The trial for the man accused of killing Breanna Wood would have happened this summer but has been pushed back.

Almost a year of delays, but for Wood, it's been four years of waiting since her daughter's death for some kind of justice.

Fallon Wood said she's not alone in her frustration, and that there are many other families in the same situation.

Wood said she understands the safety reasons of the Texas Supreme Court's decision but is hopeful the legal system will figure out a way to hold in person trials once again.

"Now that we are doing the measures of keeping everyone safe, let's get some of these trials going. We are wearing mask, you are six feet apart, the courtrooms are big enough," said Wood who also suggested plexiglass dividers.

For those cases that don't reach a jury trial, it's still business as usual, because of resources like video conferencing to conduct daily hearings.

But as COVID-19 concerns continue to be part of our daily lives, 3 News legal analyst Matt Manning doesn't see the courts transitioning to jury trials by Zoom.

"As it related to jury trials, I don't anticipate we will be doing too many virtual jury trials. I've tried a lot of cases, as much as I like technology, I just don't think you can fully replicate what you get in a jury trial when you have 12 citizens in a box when you hear the evidence being given to them," said Manning.

For now, it appears parents like Fallon Wood will have to wait longer with an unknown if that that wait will continue beyond February.

For the latest updates on coronavirus in the Coastal Bend, click here.