Her dream bakery, which is named after her 5-year-old daughter De'Lani, serves cheesecakes 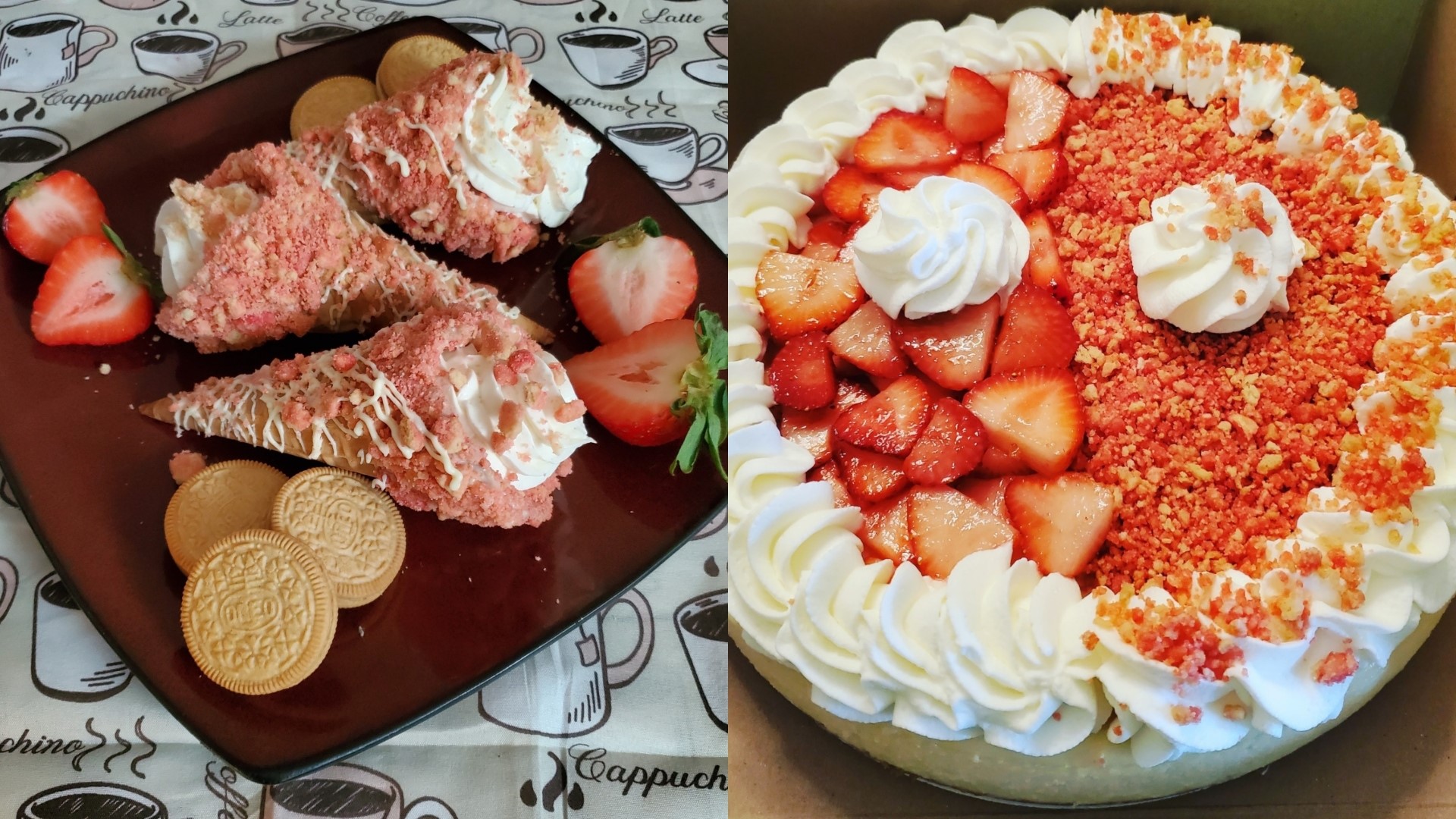 MACON, Ga. — A Macon mother is the owner of a new bakery in Macon’s Ingleside neighborhood.

De'Lani Delights had its grand opening on March 27. Pastry chef Kanesha Taylor co-owns the bakery with her fiance, Issachar Smith, and says opening day was a success.

“I did more than I expected to do and business is starting to pick up,” she said.

“Just something different from your average bakery,” she said.

The cheesecakes are a must-try on the menu, she says. Taylor makes strawberry crunch, butter pecan, plain New York-style, cherry, cookies and cream cheesecakes, and more.

Taylor says the most popular item on the menu is her strawberry crunch cheesecake.

“It tastes kind of like a strawberry shortcake cream,” she said.

If people don’t want a full slice of cheesecake, they can get a cupcake-sized mini-cheesecake. De’Lani’s serves mini versions of all her cheesecakes, and people can customize their own mini-cheesecake variety pack with up to a dozen minis.

“Those are the top two,” she said.

She started baking at 12-years-old. Later on, Taylor was working as a pastry chef at the Westin in Sarasota, Florida for nearly four years when the Macon native decided to go into business for herself.

“I’ve been all over doing pastries and then I saw the building and was like, ‘Well, let me check and see,’” Taylor said.

When she saw a space available at 2310 Ingleside Avenue, Taylor went for it. She was excited to bring a bakery to Macon’s historic neighborhood.

Taylor is a mother of two girls -- a 3-month-old and a 5-year-old. Her eldest daughter is De’Lani Delights’ namesake.

“It’s busy, but I know it will be rewarded in the end,” Taylor said.

She says it feels “absolutely amazing” to bring her business and passion to the city where she was born and raised.

“Even to the point where my kindergarten teacher is supporting me after all these years,” Taylor said. “So, it feels really, really good.”

“I just want people to come and experience everything made from scratch,” she said.