A look back at the 2008 Mother's Day tornado outbreak 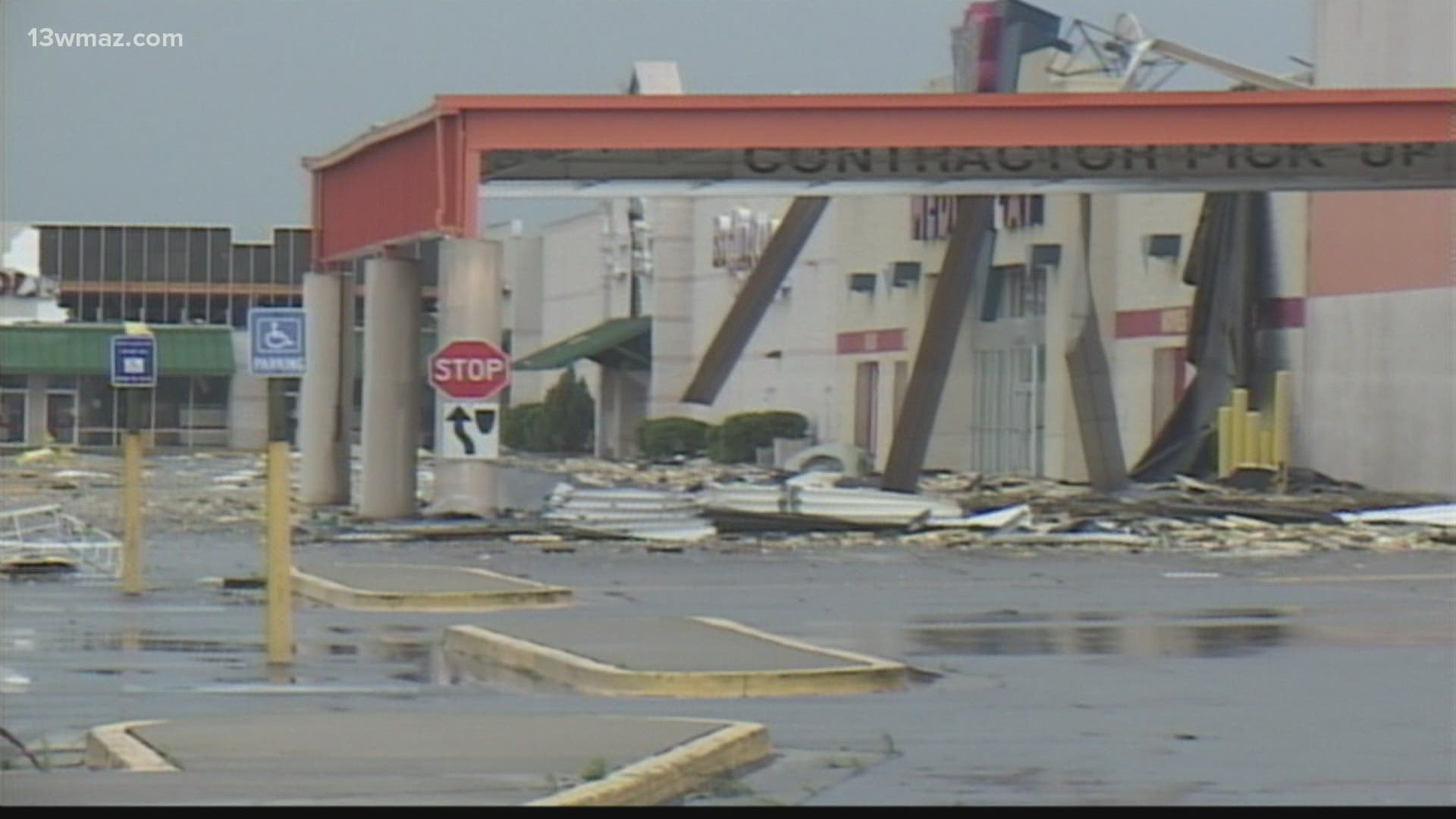 LIZELLA, Ga. — We’re coming up on Mother’s Day, and fortunately, the weather forecast is looking fantastic. That wasn't the case on Mother’s Day 13 years ago.

During the early morning hours of May 11, 2008, severe thunderstorms ripped across Georgia producing several tornadoes and widespread damaging wind.

There were eight confirmed tornadoes in the 13WMAZ Viewing area alone, one of which was an EF-2 with winds of 130 mph that moved from Lizella and along the shore of Lake Tobosofkee to Dry Branch before finally lifting for good.

The tornado wasn't on the ground for the entire distance, but where it was on the ground produced major damage. Several businesses along Eisenhower Parkway and Pio Nono Avenue had windows blown out and roofs torn off. Two businesses were completely destroyed.

Possibly the scariest situation across Central Georgia happened at Arrowhead Park at Lake Tobesofkee. Campers at the park had to scramble to find shelter as the tornado headed straight for them.

They ultimately sheltered in a bathhouse in the center of the campground as trees fell around them. There is a marker on the building showing where the people survived the storm.

At least one person was killed in Georgia and several others injured as the storms rolled through.

What to do if you are caught in a tornado warning