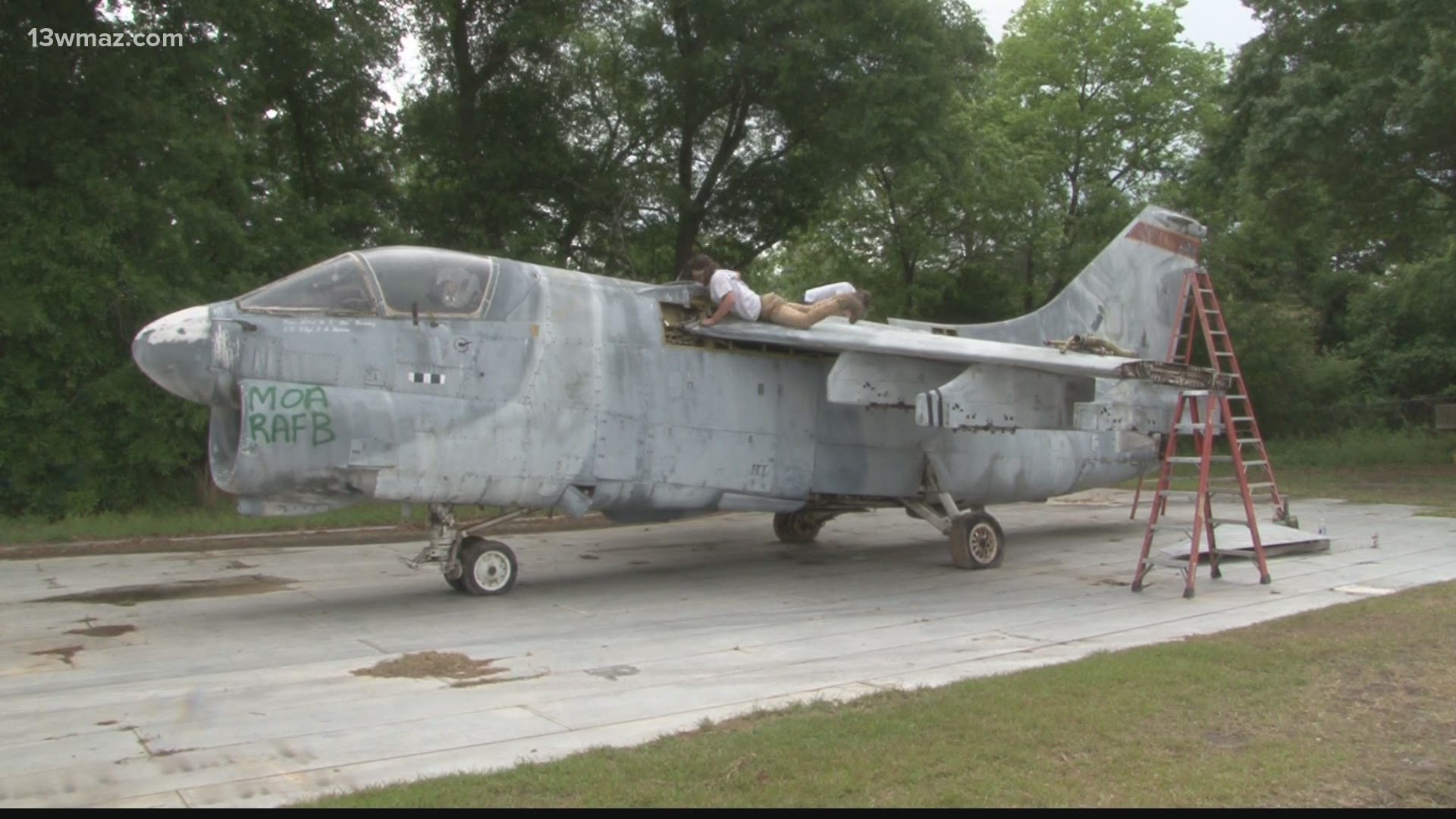 WARNER ROBINS, Ga. — A piece of flying history is now at the Museum of Aviation in Warner Robins.

The restoration team is now working on an LTV A-7 Corsair II. The museum says the light attack aircraft was often deployed on carriers during the Vietnam War, and used for search and rescue operations and ground support missions.

"Its combat history is the most important thing about it," said Sullivan. "There were lots of interesting stories about the A-7s as they deployed, so the ability to be able to bring that aircraft here and then use it as a platform to tell some of those stories is something that we definitely value."

Sullivan says the museum hopes to have the aircraft fully restored by the end of the year.