'My breasts don't define who I am': Bibb employee gets double mastectomy, encourages women to get yearly mammogram

"It is so important. when you have your yearly mammograms, you have a much higher chance of catching stuff in earlier stages," Cassandra Davis said. 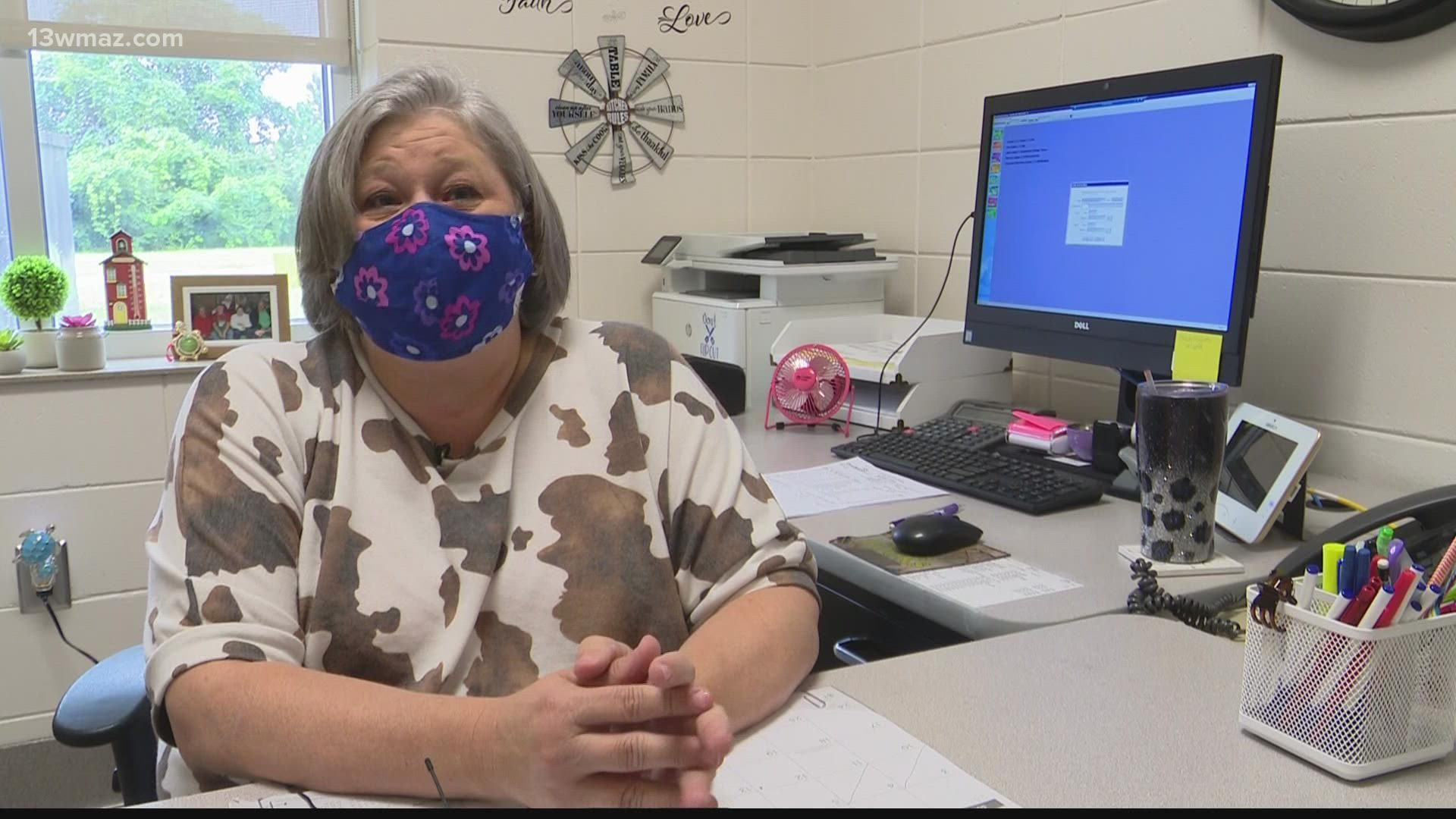 MACON, Ga. — One Bibb County Schools employee is advocating for women, and telling her personal story of perseverance.

Cassandra Davis is the Nutrition Manager at Heard Elementary School and an advocate for yearly mammograms.

When you take a walk into the Heard Elementary School cafeteria, you will most likely see Davis taking care of her students and co-workers.

But this past summer, she had to focus on her health.

"Last year, around February or so, I went to go get my yearly mammogram. They said they found some abnormal cells, and that they would have to do a biopsy on me," Davis said.

ALD is a form of abnormal cells that could eventually turn into breast cancer.

Because of this, Davis made the decision to get a double mastectomy, and she says it changed her life for the better.

Not only did her mother have the cancer, but so did two of her mothers sisters.

Because of the health history in her family, doctors told Davis that there was a strong chance that those cells would turn cancerous.

"I thought, well, that's not bad, why are they sending me to an oncologist? But when you look at a woman with no abnormal cells, no family history, or anything, they still have a 5% to 8% chance of getting breast cancer, and 35% starts to look really high." Davis said.

She says she was given the choice to take a five year pill, that came with a long list of side effects, or to get a bilateral mastectomy.

"That day, I decided that I would have the bilateral mastectomy," Davis said.

It was stressful, nerve wracking, and the healing process was not the easiest.

"I will tell you that the first day of my surgery, the first time I got up and my hospital gown fell a little bit and I saw it, I did start crying, because it was not pretty," Davis said.

But ultimately, it turned out to be the best decision she's made.

"My breasts don't define who I am. I am the same person now, as I was before," she said.

Davis encourages every woman to go get their mammogram, yearly.

"It is so important. when you have your yearly mammograms, you have a much higher chance of catching stuff in earlier stages," Davis said.

In honor of Breast Cancer Awareness Month, 13WMAZ would also like to give a special shout out to these Bibb County Schools employees.

They are all breast cancer survivors.