Jackie K. Cooper has been reviewing movies, books and tv shows in the Central Georgia community for a long time. Now, one of his supporters helped him go 'viral' in just a matter of days 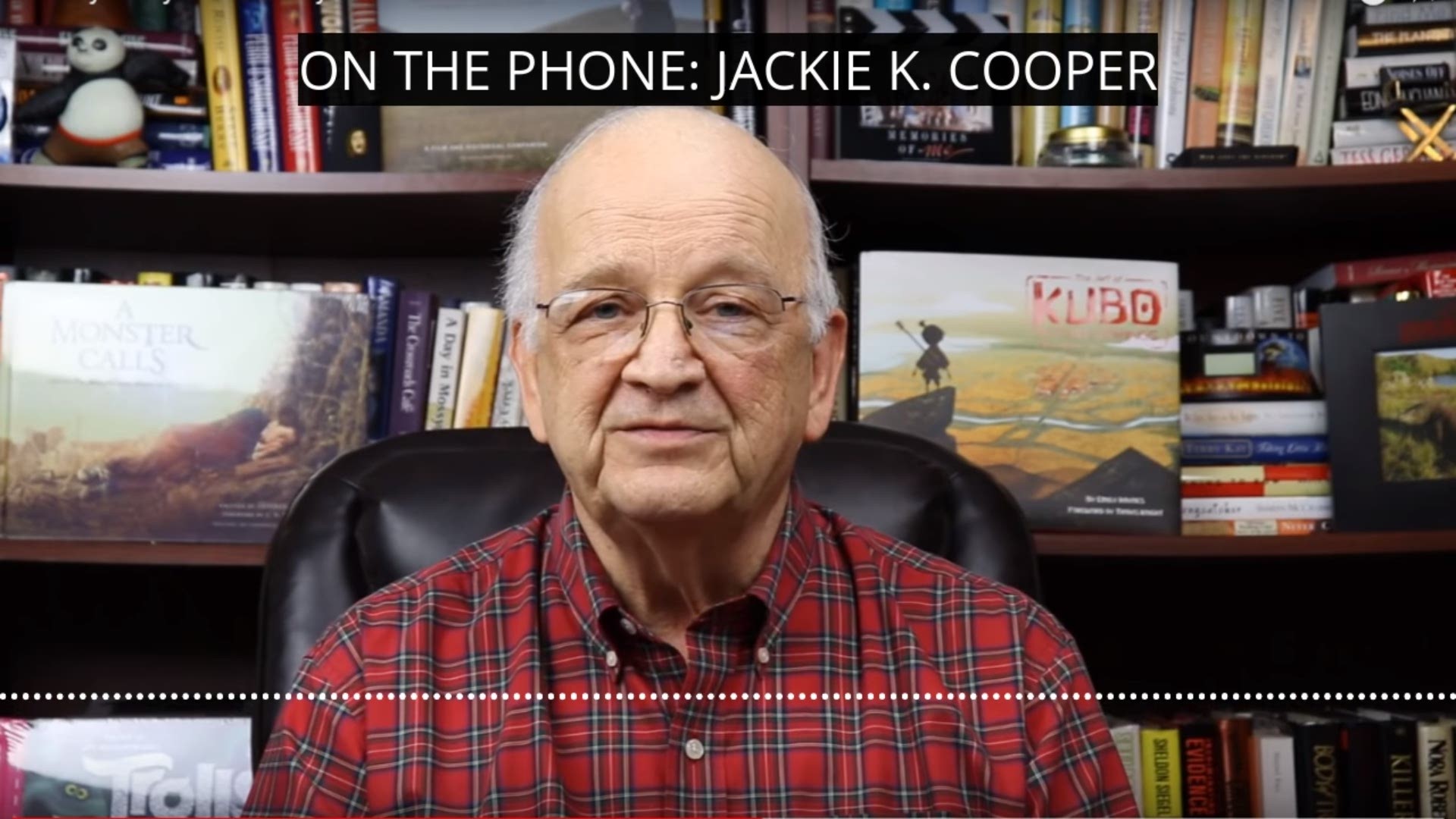 PERRY, Ga. — 77-year-old Jackie K. Cooper, a long-time entertainment critic based out of Perry, recently went 'viral' on YouTube, and it's all because of a man he's never met.

Throughout his life, Cooper has practiced law, served in the United States Air Force and has even written seven books.

In the past he's worked with a number of news outlets in Central Georgia, writing entertainment columns for newspapers and appearing on morning shows.

When he retired, Cooper started posting YouTube videos 12 years ago, when the site was only a couple of years old.

Over those 12 years, he accumulated just 136 subscribers on the platform, but that was about to change.

A man with the username 'Maxwell' on YouTube unexpectedly helped Cooper out.

"I've never met him, so we've communicated through email and Twitter, but Maxwell had seen my entertainment rundown which I had posted, and was amazed at the fact that I was 77-years-old, and I had been doing this for 12 years, and I only had 136 followers." Cooper said. "And so he decided to do something about it."

Over the weekend, Cooper says Maxwell started posting his YouTube channel on various websites and forums, including Reddit.

That's when things really blew up.

And the numbers continued to grow from there. Now, Cooper's YouTube subscriber count sits just over 42,000.

"I guess they like that somebody my age is still interested in movies and stuff like that... they all say I look like their grandfather, all this sort of stuff, it's just blowing my mind," Cooper laughed.

He recently posted a video thanking Maxwell and all of his newfound followers. He even reached out to Maxwell personally.

"I wrote him and I said, 'Maxwell, why did you pick me out of the blue?' Cooper said. "And he said, I guess it's just you were in the right place at the right time. Well, I just thought it's a God thing. It was meant, meant to be."

Cooper hopes to keep posting YouTube videos in the future. He even has a Q&A video in the works.

He says he's very appreciative of all his supporters, old and new.