Natalie White was apprehended under a negotiated surrender and booked into Fulton County Jail on Tuesday night. 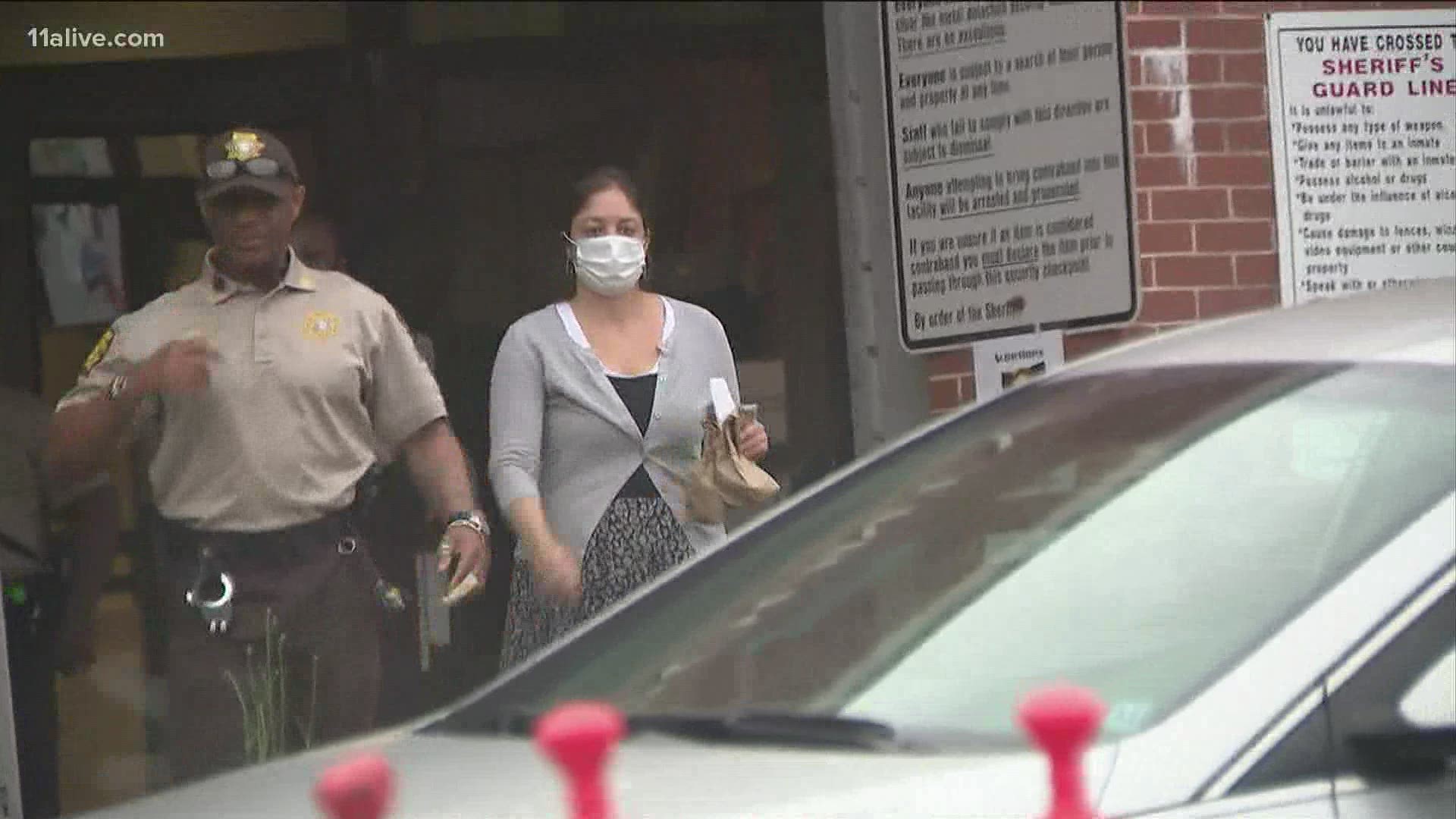 ATLANTA — UPDATE: Natalie White has been released from jail on bond. Earlier in the day, she was denied a signature bond and was allowed to bee released on a $10,000 bond with additional conditions including house arrest, wearing an ankle monitor and not using social media.

Natalie White, the arson suspect in the burning of the Atlanta Wendy's where Rayshard Brooks was shot to death, is due in court today for a first appearance.

White was apprehended under a negotiated surrender and booked into Fulton County Jail on Tuesday night. She'd been named a suspect and warrants were issued for her arrest over the weekend.

According to White's attorney, Drew Findling, who spoke to 11Alive's Natisha Lance on Tuesday, she will be seeking to negotiate bond at the hearing.

11Alive will stream the proceedings here and on our YouTube channel. They begin at noon.

The fire happened a day after Rayshard Brooks was killed in a police shooting in the parking lot.

When asked whether White was responsible for the massive fire set during ongoing protests, Findling said his client did not start the fire at the business, and that images that are reported to be her show her next to the restaurant already on fire.

"The notion that she started the fire is pure silliness," Findling said.

The attorney, pointing out that White has no prior criminal record and is not a flight risk as a lifelong resident of the Atlanta area, should be given a signature bond. That kind of bond does not require any kind of payment for release.

He said it was the "only fair thing to do."

On Tuesday night, protesters gathered outside Fulton County Jail to perform a "noise demo" in demand of her release.

The name Natalie White was also mentioned by Brooks in body camera video from the night of the shooting, though attorneys for the Brooks family said they are "unaware of any connection" between the two.

Findling declined to elaborate on how White may be connected to Brooks and the case, saying he would "not go into detail" except to say they were good friends.