Antonio Lewis has been cooking since 2007, something he enjoys doing since retirement from the Navy. 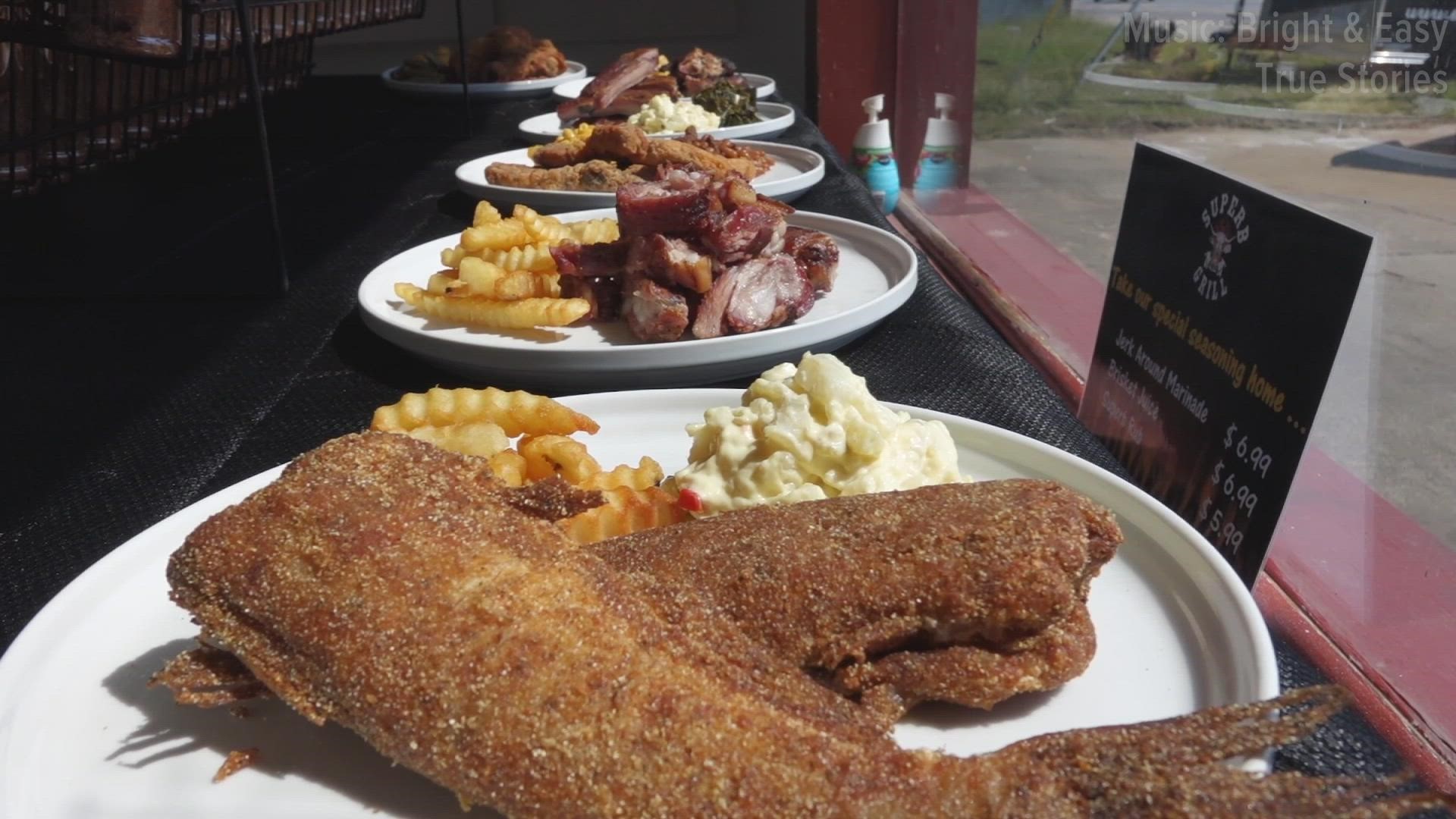 DUBLIN, Ga. — A new BBQ joint is open in Dublin! You might've have known it as Roberson Barbecue in the past, but now it's Superb Grill.

Owner Antonio Lewis recently moved from Chicago. He says he wanted to come to Georgia where he has family.

Back in 2007, Lewis says he had to find something to occupy his time. He retired from the Navy, and wanted to continue doing something he loved.

Lewis opened Superb in what used to be Roberson Barbecue. He says he purchased the restaurant after the previous owner was ready to retire.

"She did good business when she was open," he said.

Lewis, his brother, and an employee run the small operation selling everything from brisket to jerk chicken eggrolls. Don't worry, they also have sides like mac-and-cheese, green beans, and potato salad.

Lewis prides himself on his homemade food, and he even has his own seasoning he ships to Wisconsin and Illinois.

"My food, most of the time you don't need any sauce on it, it's good without sauce," he said. "It's stuff that I make myself."

He even goes as far as watching his cooks make the food, if he's not cooking it himself.

"My food is always consistent," Lewis said. "The brisket is a crowd pleaser, and my ribs."

You can grab a bite to eat by visiting Superb Grill at 1115 Telfair Street. Hours are 11 a.m. to 7 p.m. Tuesday through Saturday.

RELATED: New mobile coffee truck in Hawkinsville brings the brew to you