When 200 subpoenas go out for jury duty and only about 60 show up, it becomes a problem. 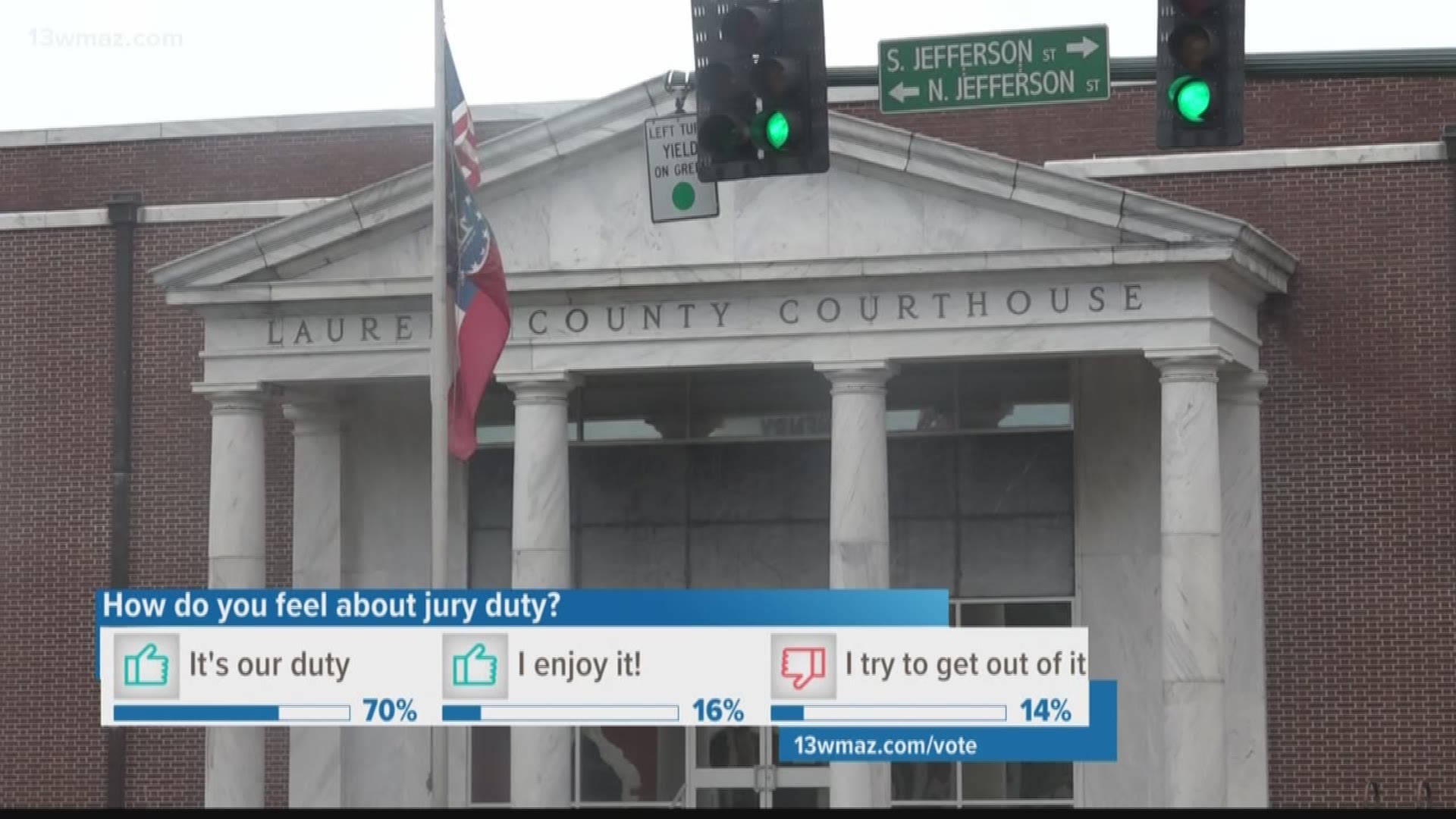 LAURENS COUNTY, Ga. — No jury means no trial in a superior courtroom.

"Just being a good citizen or good steward of the time and all," says Laurens County sheriff Larry Dean.

When 200 subpoenas go out for jury duty and only about 60 show up, it becomes a problem.

On Tuesday, Dean says several deputies helped make phone calls to people who skipped jury duty. He also posted to Facebook, telling people who were summoned to get in court immediately.

Most said, "I simply forgot."

"A lot of people just said, 'You know, we are busy,' so that's the first thing -- we reached out to our social media and said, 'Hey, if you've got jury duty at the courthouse, you need to be there at 1:30. You should've been there at 9,'" says Dean.

Dean says they got another 30 people in to make up four juries. If you don't show up at all, that could result in the judge issuing an arrest warrant, but that's the last option.

"Since I've been sheriff, I've never seen a bench warrant issued for somebody not coming to jury duty, and that would be the last thing probably to happen in this county," says Dean.

Dean says courthouse employees and deputies contact people before going to those measures, but people need to stay accountable.

"With these delays, that's time and money and energy being spent. We try to be fruitful with the taxpayers' money," says Davis.

According to the county's superior court, jury subpoenas are mailed at least 25 days in advance.

Dean says you should mark your calendars immediately when getting one, so jury duty "no-shows" don't become a habit. "Our DA's office and our public defender's office, we are real fair about everything, but people do have a civic duty to show up."

Dean says you should contact the courthouse clerk's office if you have an emergency and can't attend court. Otherwise, they will think you're playing hooky.

The courthouse also has the option to charge fines to absentees. The sheriff's office or courthouse will contact you if that's the case.

Sheriff Dean says to beware of scam callers posing as officers asking for you to pay fines to avoid being arrested.

RELATED: VERIFY: Can you be called for jury duty twice in a year?