Chico Chapman said he is afraid for himself and his family and is trying to scrub the internet - trying to tell the world he’s not the shooter. 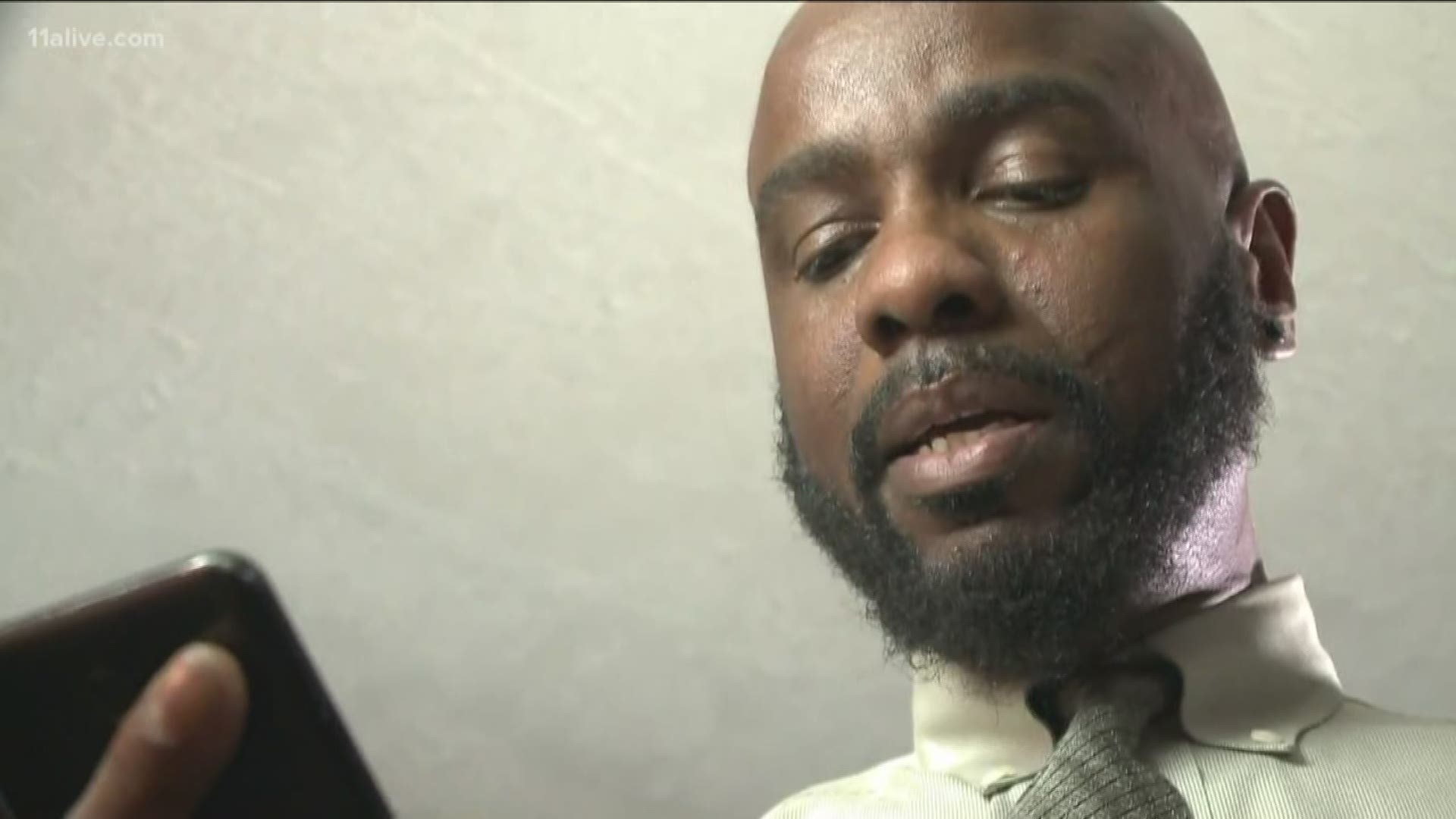 CONYERS, Ga. — A Conyers man said he became the target of online attacks accusing him of being the shooter who killed three teenage suspected robbers a week ago.

Now, Chico Chapman said he is afraid for himself and his family and is trying to scrub the internet - trying to tell the world he’s not the shooter.

It was last Monday around 4 a.m. when Rockdale County Sheriff's Deputies responded to a home on White Oak Court to find three masked teens - Isaiah Reid, Jaime Hernandez, Jr. and Brandon Gresham - dead or dying from gunfire. Investigators said the teens had fired shots at the homeowner in an apparent attempted armed robbery. But, the homeowner fired back - killing the teens.

Chapman told 11Alive he had been working outside in his yard a couple of days later when a reporter with an international online publication asked him about the shooting down the street and took pictures of him.

Chapman said when the story appeared online, it was fine, but it had one, glaring problem. The story showed a photo of Chapman - who had nothing to do with the shooting - next to photos of the three teens with a caption that seemed to refer to the photos, reading, "Homeowner who shot dead three teenage boys is 'crushed.'"

As soon as Chapman saw it, he said he was floored.

"And my son said, 'Dad, they think you did it'," Chapman recounted.

Investigators have still not identified the man who did shoot the teens, and the publication re-wrote the headline so readers wouldn't associate it with the photos. But Chapman was soon seeing the photos shooting through the internet - world wide - along with an arrow drawn on it, pointing at him, with derogatory comments.

"At that point I, literally, felt like a marked man," he said. "Everyone's going to think it's me who did this."

Chapman said even though the publication corrected the misleading headline, relatives and friends from around the country continue to call him, telling them they'd just seen the original headline and photos on social media, thinking he is the shooter. He told 11Alive he's now living with his head on a swivel - on guard for his family’s safety.

But deep inside, Chapman said his heart is breaking - not over a botched news headline, but for his community.

"One thing I'm not going to stop doing is trying to help my community," he said, "really trying to get down to the roots of the problems" that are behind what happened. "What else could we have done to help these kids? Even in the pain, even with what they’ve done wrong or whatever, our goal, as a world as a whole, as adults, is to love through it."

RELATED: 300 show up for vigil calling for healing, accountability in wake of 3 teens killed in robbery attempt

"I have these occasional flashes, like if that was my son, I don’t know what I would do," he said. "So, I can imagine - whether they did right or wrong - these are kids, man. It just has to stop. You know? It has to stop, somehow.”