The hotel will have 14 rooms, a restaurant and bar inside, and plenty of lounge space both inside and outside. 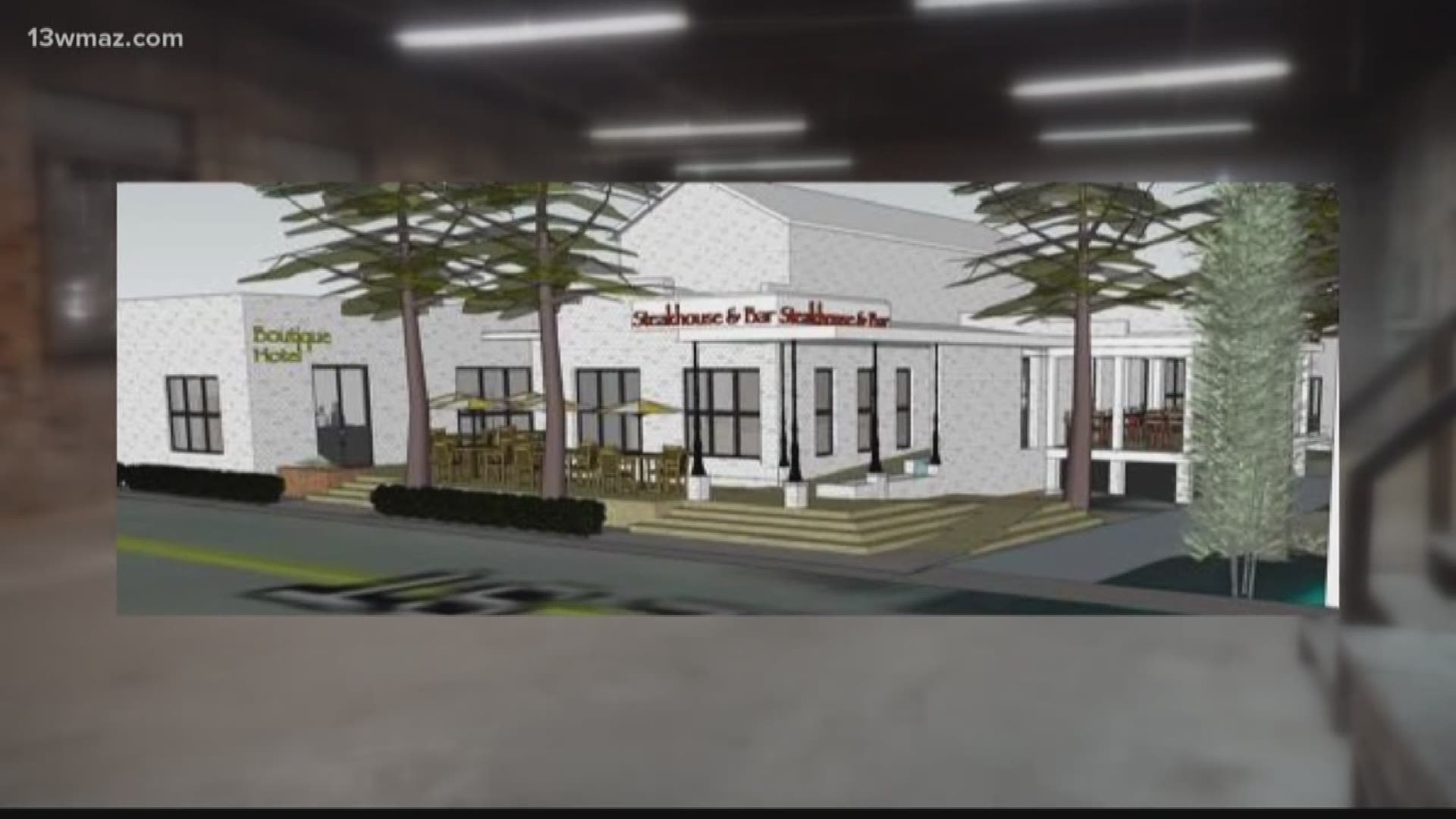 Dating back to the early 1900s, the brick walls surrounded workers as they made ice boxes, and yarn for envelopes.

"I would hang out with my grandfather in the afternoon, and they had this old-fashioned coke machine, and I remember getting an orange Fanta every once in a while if I was good, I guess," says Denise Buff.

Buff’s grandfather helped operate the mill and looked over workers as they died the string bright red. Spools of yarn still sit in the historical building. George Emami, the Brokery’s owner, has plans for the abandoned yarn. "The machines that helped to manufacture the yarn, we are going to turn them into bar tops," says Emami.

Emami plans to take the roughly 16,000 square foot plot of land and turn it into a boutique hotel. The hotel will have 14 rooms, a restaurant and bar inside, and plenty of lounge space both inside and outside. With more businesses moving into downtown, Emami says he wants to be a part of the growth.

"I’m hoping it’ll unlock some evening life in Forsyth and allow folks to say, 'Hey, I’m going to go get a room in Forsyth and enjoy my evening.' Hopefully, it will open up opportunities down here for after hours."

The Brokery bought the building from Trio Manufacturing, who owned and operated the mill. The envision is to make a trendy place to hangout and stay the night, while still keeping the historical features in the design.

Emami says construction is already kicking off. "I’m hoping to have the lounge ready for football season. I don’t know if that’ll happen or not, but I certainly would love to be toasting and watching a Georgia game this football season."

Buff looks forward to enjoying a piece of her past once again. "I think it’s going to be awesome. I have great memories of just walking through there."

Emami says they need one more stamp of approval from city council for some of the outdoor features, and then the bigger construction can get started.