They serve chicken -- of course -- but they also have meatloaf, fried fish, butterbeans, baked potato casserole, and other Southern dishes. 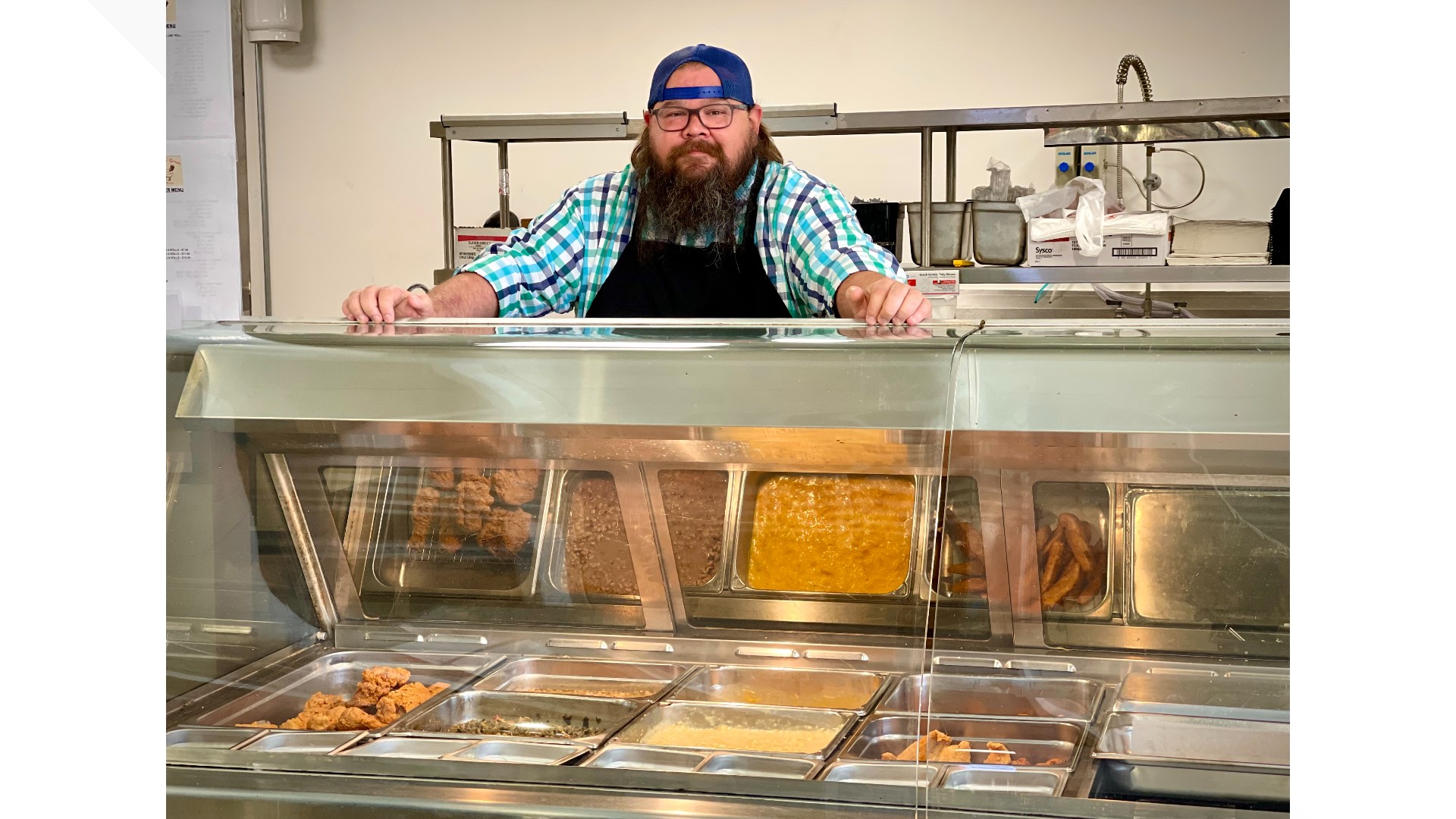 MACON, Ga. — One of the partners behind the Macon Beer Company is behind a new venture -- a grab-and-go chicken joint named Cluckin' Great Deli and More.

Michael Dean says his business partners approached him about the deli, and after some research into the area, they started the journey of opening.

Once he saw a need in the "close-knit" community for a Southern soul food place, he decided he was in.

"Everybody loves fried chicken in the South," said Dean.

The deli had a soft opening, allowing time to work out any kinks in the last three weeks, before their grand opening last Saturday.

"The community came out and really supported us," Dean said.

Macon Beer Company loyalists have stopped by, and Dean says the partners often look for ways to incorporate the businesses together.

"Anything we can do to mix it up a bit, we're definitely going to do that," he said.

The Cluckin' Great Deli isn't the easiest to find, so make sure you get this next part...

They are located at 6369 Thomaston Road, Suite 100, right before the Lake Wildwood entrance. That's inside the Shell station, and next to the Dollar General.

Dean says if you still can't find it to just "let your nose take you to where it needs to go."

Hours are 6-9 a.m. and 4-8 p.m. Monday through Friday. Dean says they plan to go to seven days a week eventually.

Check out their Facebook page for more information and daily menus.