A building was just recently torn down to make way for the new commercial vehicle gate. 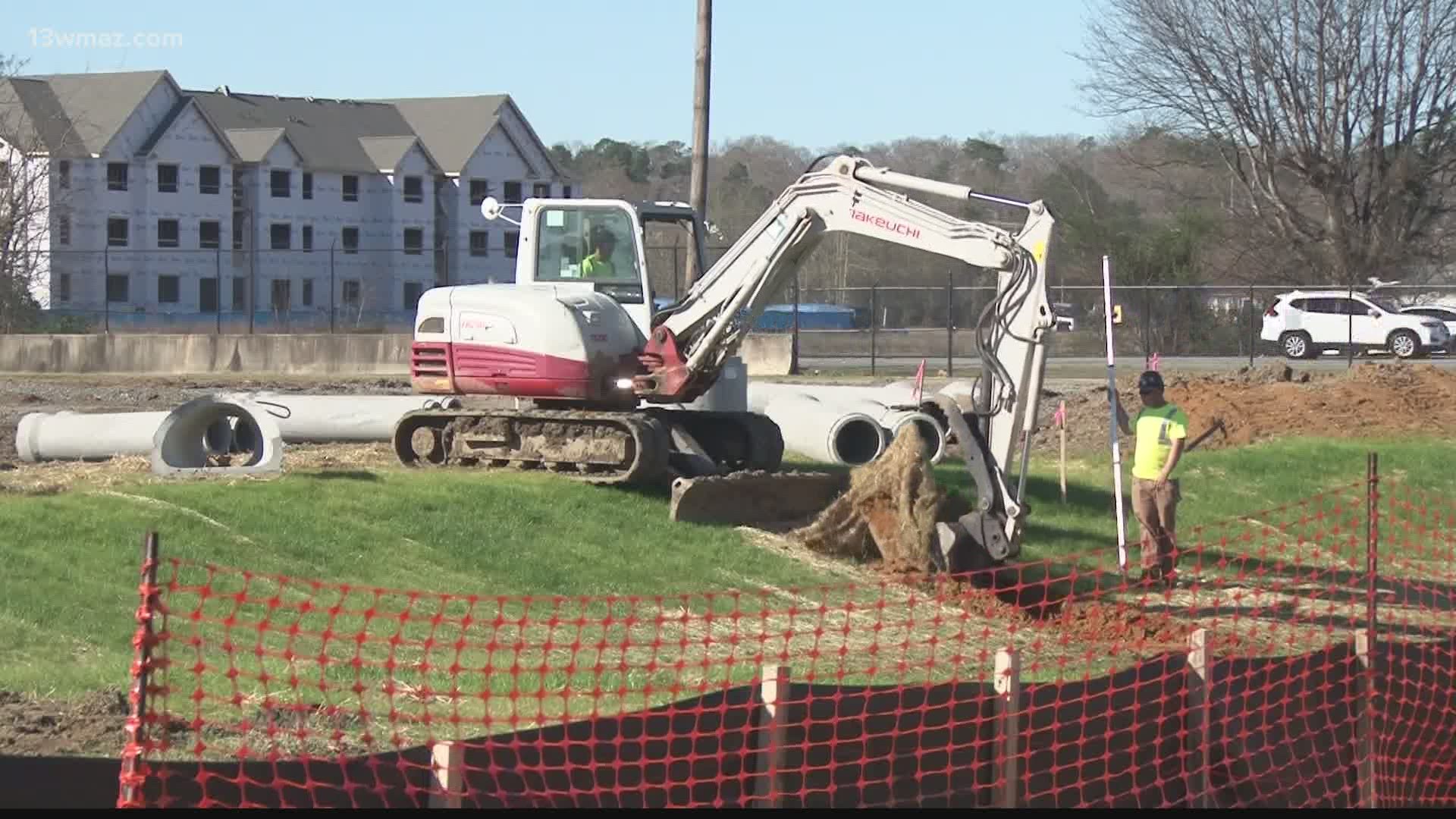 ROBINS AIR FORCE BASE, Ga. — Construction is underway at Robins Air Force Base, where they demolished a warehouse to make way for a new project.

Charles Smith with Security Forces says the new three-lane gate will reduce traffic on Highway 247, which is generally heaviest between 6 a.m. and noon.

"We are designing and building a new commercial vehicle search pit that will enable us to get the average 200 vehicles that used to sit on Highway 247 off the highway and onto the base, and in a more safe manner," Smith said.

He says those vehicles will go through screening to ensure the safety of the base.

"Once a commercial vehicle enters the gate, the first thing they're going to go through is our new mobile X-ray scanner... that's designed to detect any contraband or personnel that have been hidden in manmade void compartments and can detect organic material or metal material as well," he said.

Deputy Base Civil Engineer Louis Lilley says they partnered with the Army Corps of Engineers Savannah District for this project. Hensel Phelps construction group is doing the digging.

"The contractor is doing a lot of site work right now in the beginning. As you can see, putting in the storm water, underground electrical and utilities, and in about April or May timeframe we'll start seeing more vertical construction going up," said Lilley.

Both Smith and Lilley agree there was a great need for this new gate.

"This is going to be a great benefit. We're going to be able to speed things along and get people on base and access a lot faster than we'd ever been able to," said Smith.

"We look forward to this project being completed. This is a long time coming for the installation and for the community," said Lilley.

The project is scheduled to be finished by December 2021. Lilley says the project totals nearly $9.8 million.

RELATED: 'Sad that would happen in our town': Warner Robins sees rise in catalytic converter thefts