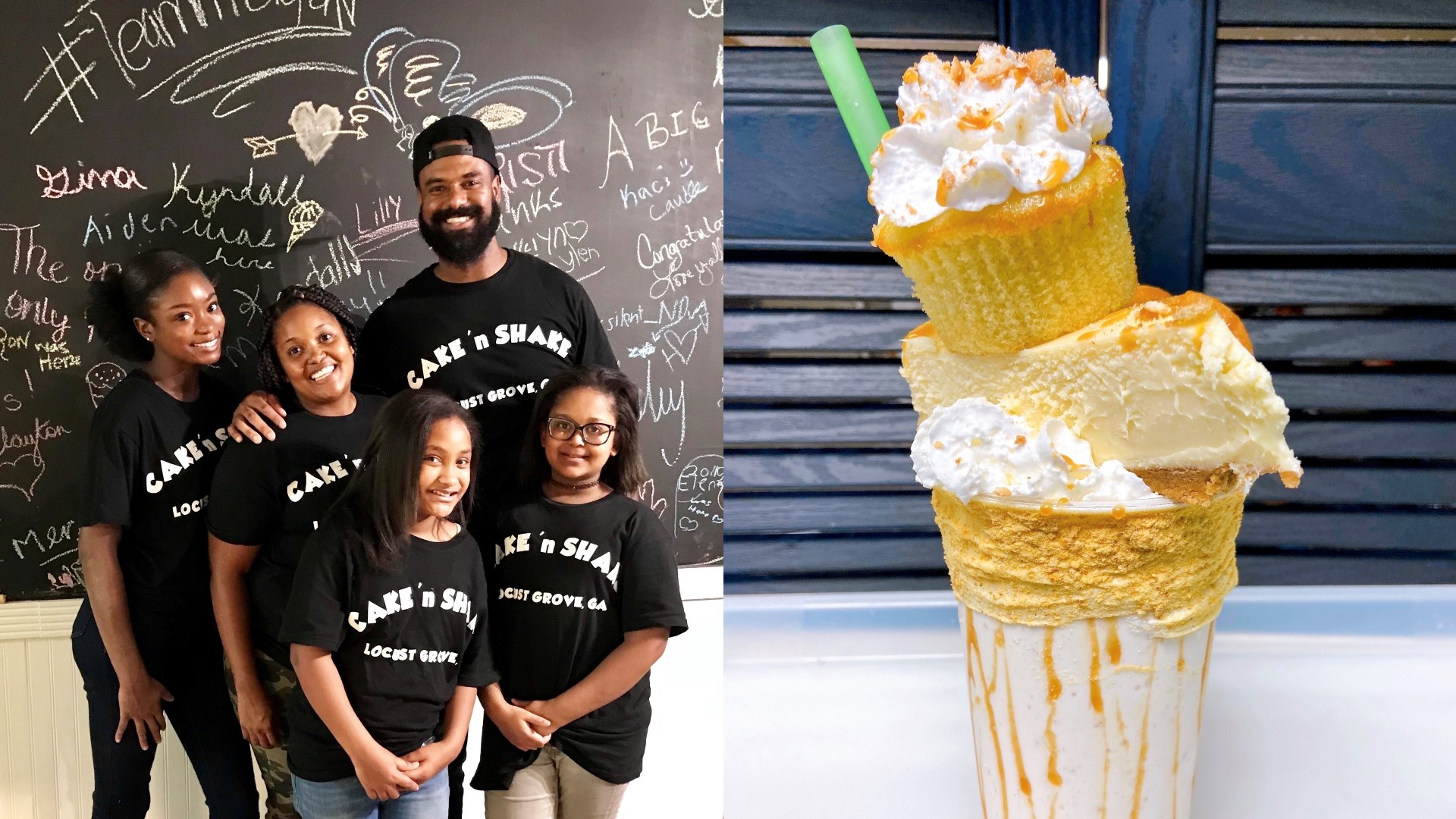 Clayton is part of a family of five – him, his wife, and their three daughters. He says he takes pride in Cake 'n Shake being a family-owned and operated chain.

“We built this brand on our own from top to bottom,” he said.

Clayton says he wanted to create a place where families could go and have a fun time with a city feeling, without having to drive to Atlanta.

“Let's put something in the areas where there isn’t much,” he said.

They have an original location in Locust Grove and they’re setting up shop in McDonough and Warner Robins next.

“We have traditional things like ice cream cones and traditional milkshakes, and we have bubble tea and we have a couple other creations that we came up on our own, which is called a waffle pop,” he said. “But we’re mainly famously known for our extreme milkshakes.”

Their milkshakes are hand-scooped and spun with Georgia-made ice cream. Clayton says that the ice cream comes from a family owned private creamery in Atlanta and it's delivered to them weekly.

“Our idea behind our extreme milkshakes was, ‘How do you take something good and make it great,'” he said. “We’re called Cake 'n Shake because we make our milkshakes and we top the majority of them with a cupcake and some other toppings.”

So of course the must-try on the menu is the Cake 'n Shake. It’s their signature strawberry-banana milkshake, and it comes with a whole cheesecake slice and cupcake on top.

Clayton also says a consistent fan-favorite is the Gone Bananas. It's a banana pudding shake topped with a pudding filled cupcake, cookie crumbles, and it's drizzled with caramel.

“That one is pretty addictive,” Clayton said.

He is originally from Florida, but Clayton he has a connection to Central Georgia and has lived in the state for over 20 years.

Clayton used to be the district manager for Payless, where he oversaw several different stores, including a location off Watson Boulevard.

“That’s how I was so familiar with Warner Robins already and the customer base there,” he said.

He says he wants Central Georgia to know he and his family are excited to get involved.

“It’s not about unlocking the doors and just making money and ringing the register,” he said. “It’s far from that. The business has become a community body.”

Cake 'n Shake is looking to open on Feb 12. at 115 Margie Drive Suite A in Warner Robins. Click here to check out their menu.