Jody Town was a place for Black employees to live when Robins Airforce Base was segregated. 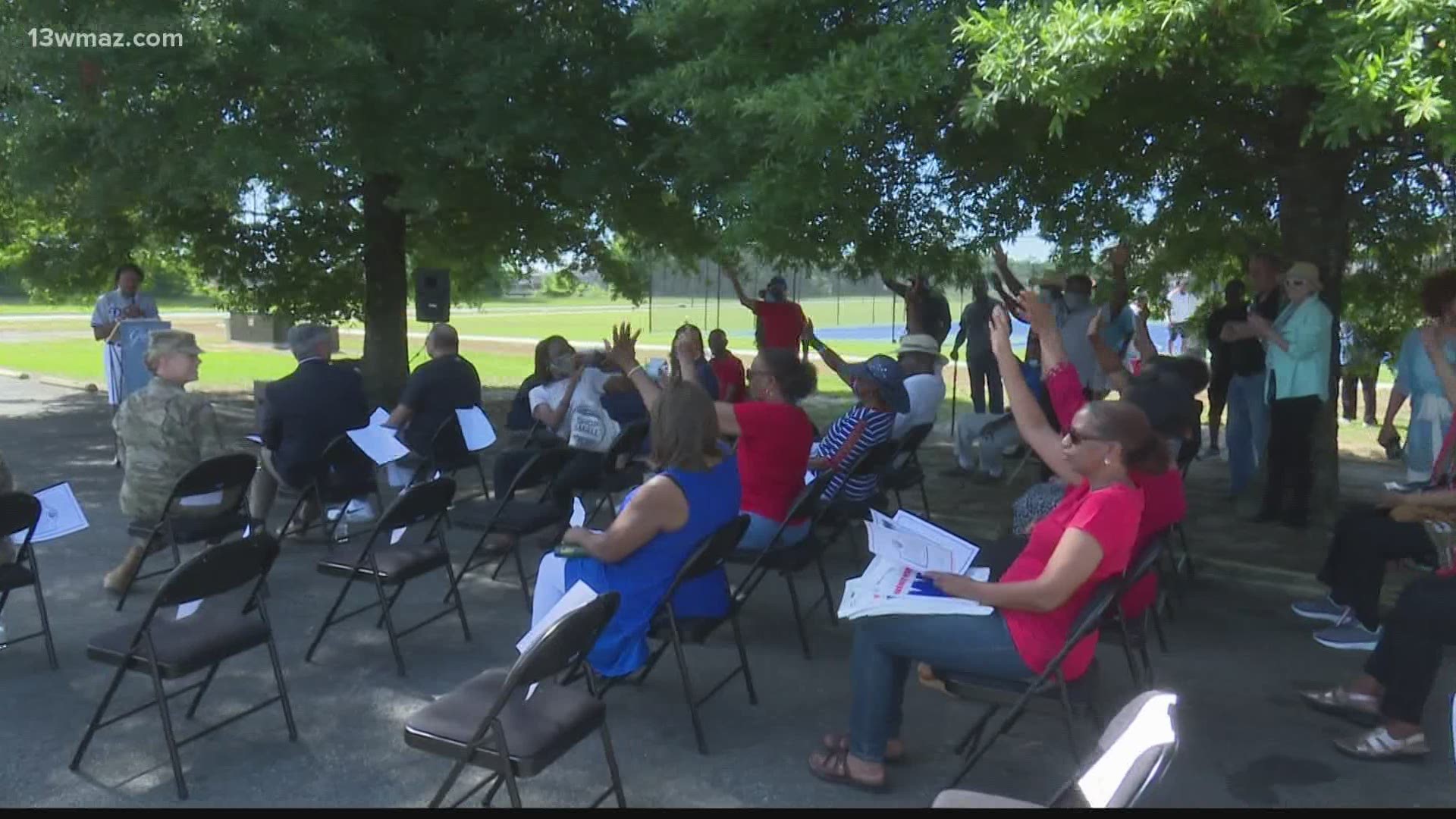 WARNER ROBINS, Ga. — Leaders from Robins Air Force Base, the City of Warner Robins and the Jody Town neighborhood came together to unveil a new historic marker on Sunday.

The marker off Armed Forces Boulevard pays respect to the Jody Town neighborhood.

The Community Reunion Committee says Jody Town served as a place for black people to live and work, while Robins was segregated.

Workers could walk across the street to get quick access to the base.

People who lived in Jody Town rejoiced as the Georgia Historical Society unveiled their marker.

"It brings a great sense of pride to be involved, from the great heritage from my grandfather and my great grandfather, to continue on to be on today, and be able to carry their legacy," Gregory Ellis said.

The Committee says people who live in Jody Town supported one another and the nation through World War II, the Korean war and the Vietnam war.