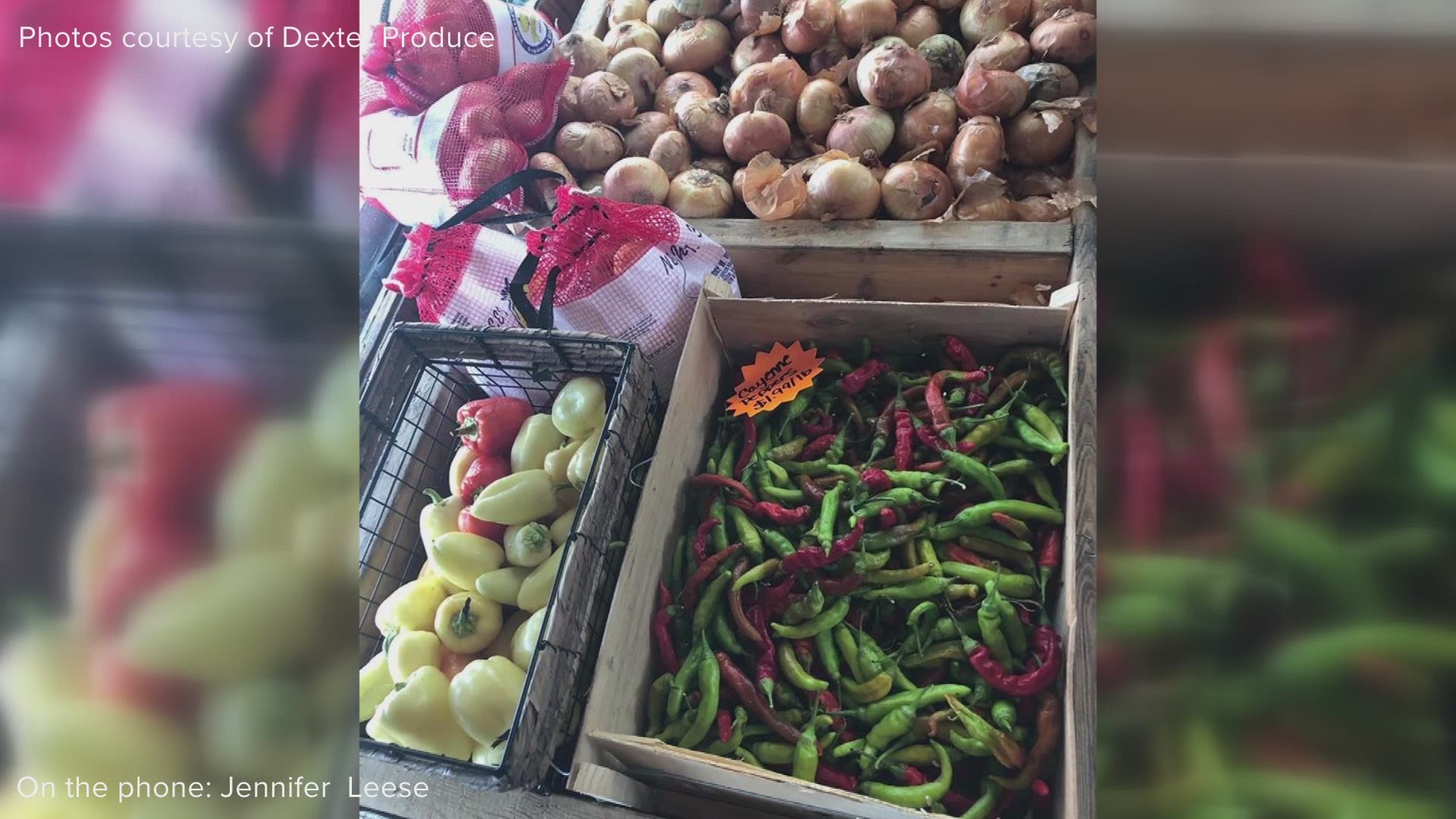 LAURENS COUNTY, Ga. — People in Laurens County have a new place to buy their local produce.

“It’s been phenomenal since we opened,” she said. “I mean, we have a great response and a great turnout.”

Dexter Produce carries a variety of fruits and vegetables from local farmers in central or south Georgia.

“If you can think about it, primarily we have it,” Leese said.

They even post recipes on their Facebook page so people can try out some new dishes with the fresh food they get from the produce market.

“Some of it is heirloom variety, which is kind of like the older style,” Leese said.

She says heirloom variety produce is especially popular with the elderly community.

“It gives you more of a rich taste like they had back in the day,” Leese said.

Dexter Produce also carries dips, lemonade, and other specialty items that they get from vendors. Leese says a lot those products come from the Amish country in Pennsylvania.

Leese says she got the idea to open the produce market back in March when the COVID-19 pandemic hit the U.S.

They started out delivering groceries to people. After a week in business, business was so busy it got chaotic for Leese.

“On April 8 we said, ‘Let’s see if we can find a building.’ Because it was just way too much," she said.

So they opened their doors at 105 South Green Street a day later.

Leese is originally from New Jersey. She came to Georgia eight years ago to be with her parents, who have lived here for almost 15 years now.

She still does grocery delivery and says she’s happy to help the elderly community in Laurens County.

“To have the farming community embrace us and, you know, to see a lot of the elderly farmers be able to continue to provide their produce locally. It’s been really good. I mean, it makes us happy,” Leese said.

STAY ALERT | Download our FREE app now to receive breaking news and weather alerts. You can find the app on the Apple Store and Google Play..