The National Federation of State High School Associations (NFHS) is looking to bring eSports competitions to high schools across the nation. 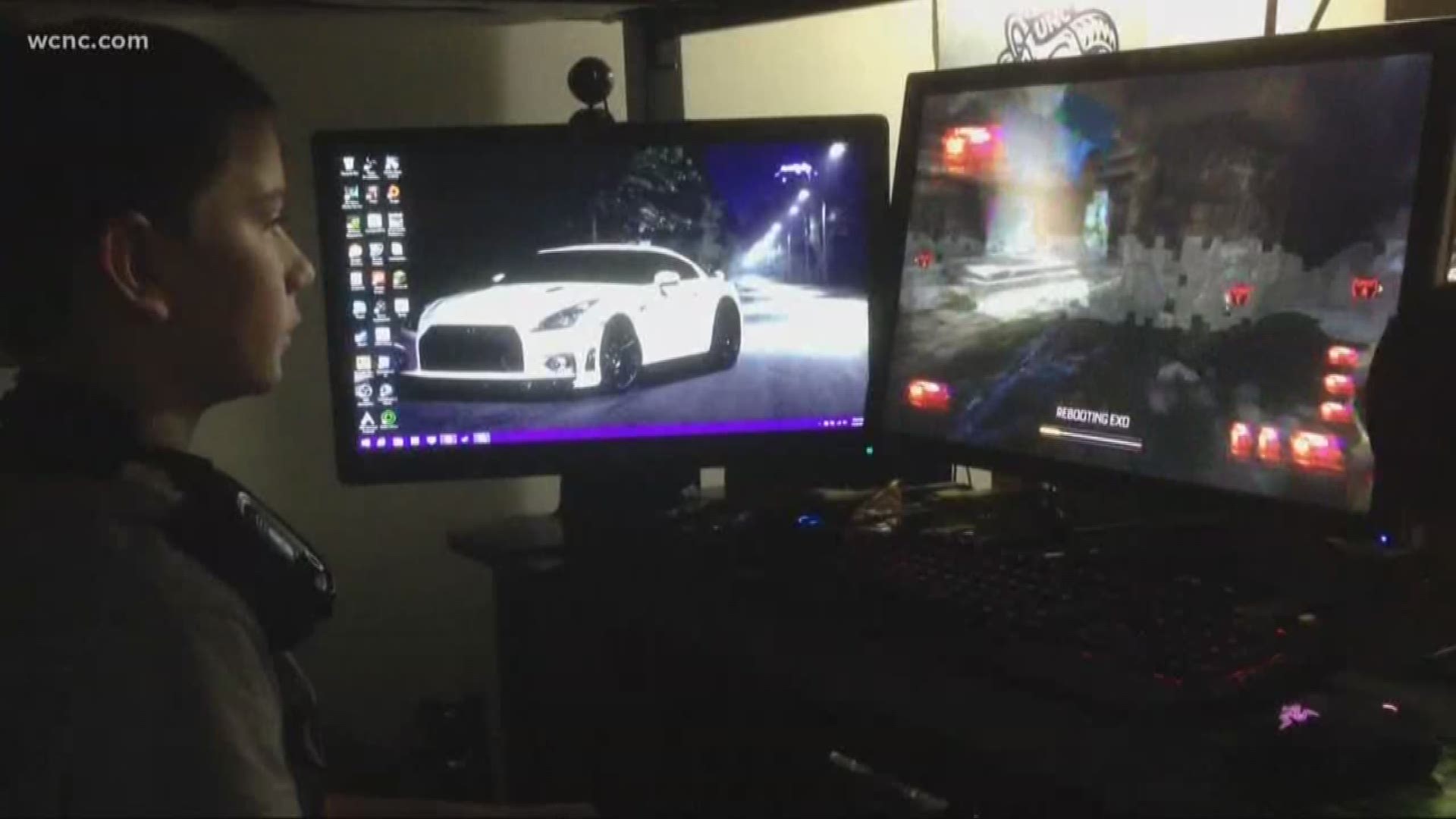 CHARLOTTE, N.C. -- The National Federation of State High School Associations (NFHS) is looking to bring eSports competitions to high schools across the nation.

NFHS and the NFHS Network entered into a partnership with PlayVS to begin the rollout in fall 2018.

Mark Koski, chief executive officer of the NFHS Network, told NBC Charlotte they expect to have 16 to 18 states on board to host eSports seasons in the fall.

Currently, Koski said six states are signed up, including Alabama, Connecticut, Georgia, Massachusetts, Mississippi, and Rhode Island. States have until August 20 to make the decision whether they will host a season.

“I realized that a lot of the same feelings, the butterflies before a game or a match,” Meekins said. “I felt the same things that I felt before a football game or a track meet.”

Meekins now describes himself as a “gamer,” but he said he enjoys being a fan of eSports and eSports athletes, who are considered to be more serious, professional gamers.

Gidd Sasser and Christopher Celecia are both eSports athletes who found their niche in the untraditional sport.

Celecia said he has always been competitive and played soccer, but he transitioned to video games, as he saw the practical application in his life as a computer science major in college.

Sasser is a former eSports competitor who now coaches. He said eSports may lack in physicality but make up for it in other ways, such as management and communication skills.

According to a release from NFHS, 72 percent of teens play video games regularly and nearly 200 colleges in the United States and Canada are actively recruiting and offer scholarships for eSports.

Sasser said the scholarship aspect now makes esports more attractive when students are looking at how to pay for college.

“The NCHSAA is always looking for new and innovative ways to engage “today’s students” in programs that we believe would add tremendous value to the educational experience of young people across this state. We are aware of the NFHS partnership with PlayVS but, currently we have no plans to introduce eSports as a sanctioned championship or sport. We are pleased that PlayVS understands the values and goals of education-based athletics and are reaching out to the athletic and activities associations across the country in seeking partnerships. The NCHSAA staff always looks at the various options for emerging sports that may fit within our educational purpose and mission, which includes eSports. However, we are a membership-driven organization, and new sports and championship offerings are typically added at the school-level first; then, by reaching a certain percentage of participation by member schools, as prescribed by our Articles of Incorporation and Bylaws, a new sport/championship can be added."