Potato Po-Ta-Toe, Tomato To-Ma-Toe. No matter how you say it, a potato is always the right dish to pick. 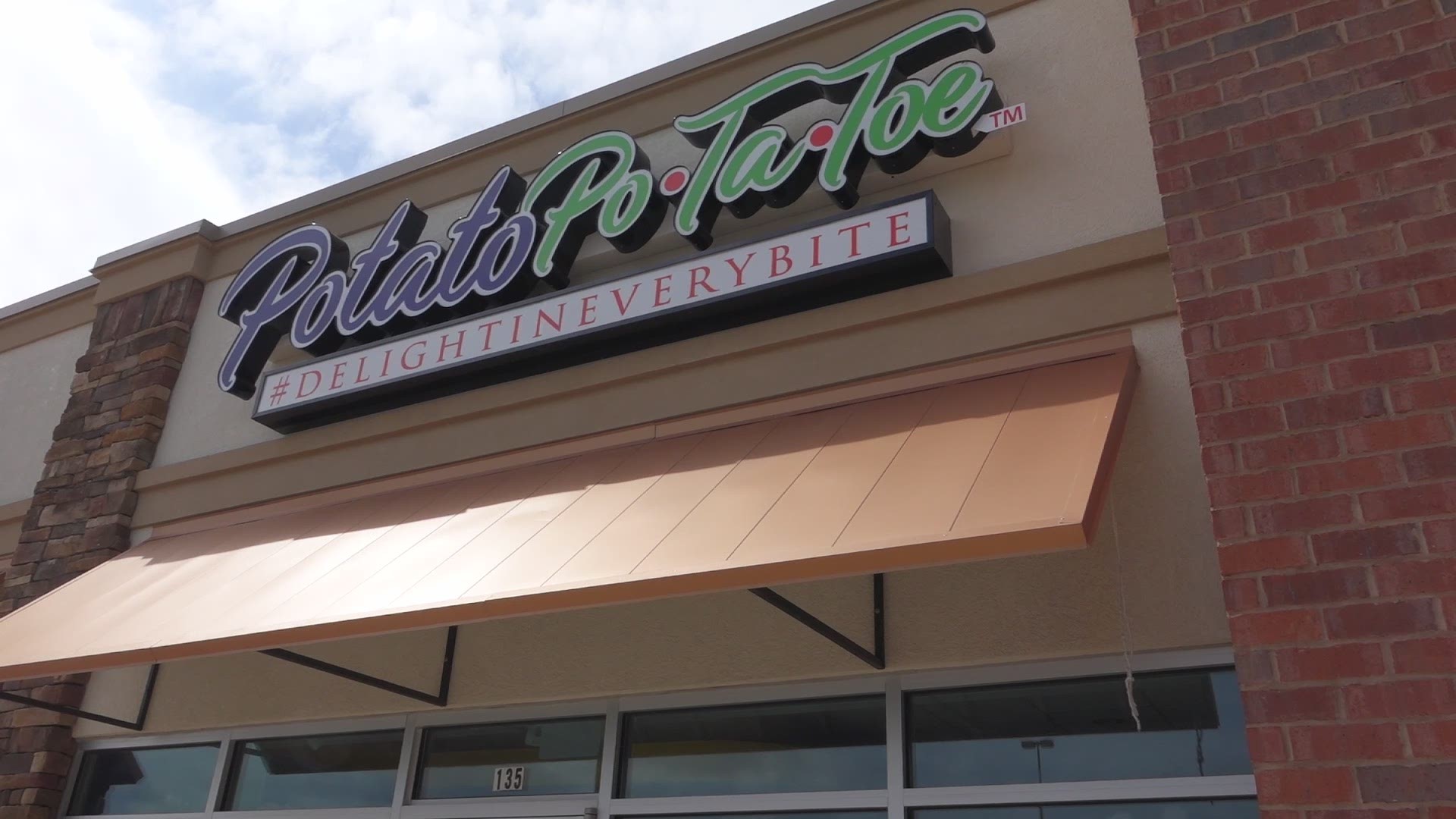 Phillip Hinson is the owner of a new restaurant in Houston County that specializes in something you usually see as a side dish -- potatoes.

Hinson has been in the food service industry for 15 years. He recently closed his restaurant in Macon, Fall Off the Bone, after realizing people were ordering more of the potatoes than the rib racks.

Hinson says he's been to places across the United States and "no one has a potato place."

That's a big reason why he opened Potato Po-Ta-Toe. It's a place where you can get a spud topped with all of your favorite things, like ox-tails, shrimp, vegetables, a special made cheese sauce, and more.

He says this is the first time he's had a "nice sign" to go with his business, and that he's previously relied on word-of-mouth advertisement instead of anything flashy.

"People tell people... and you can't put a price on that," he said.

This tater-ly awesome place is open Tuesday to Friday from 11 a.m. to 8 p.m., Saturdays from noon to 8 p.m., and on 'Soul Food Sunday' from 8 a.m. until whenever the food runs out.

Potato Po-Ta-Toe is located at 778 Highway 96 in Bonaire.