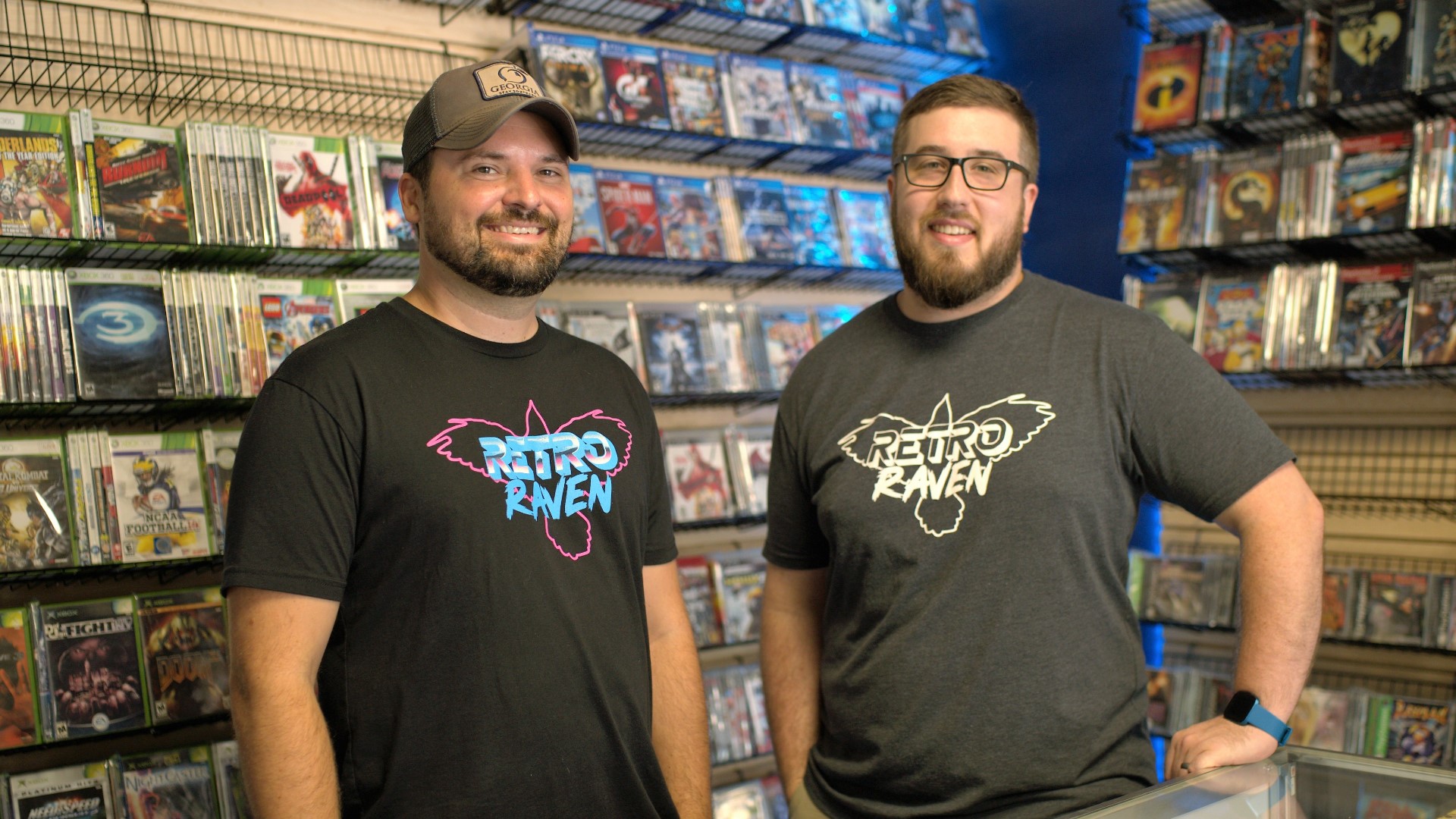 Aaron Gray is the owner of Retro Raven and David DeRuvo is the shop's store manager.

Retro games and gaming systems are special not only because they're often collectible and they hold or increase their value, but also because they bring back memories for folks.

"So I think just kind of the nostalgia of, you know, 'Oh I couldn't get this game when I was a kid, and now I can.' So, it's kind of people reliving their childhood a little bit," Gray said. "That's what we really sell is nostalgia and bringing back that feeling."

"Bring us your games, show us what you have, we'll add up what we can give you in cash. We also do trade-in," Gray said.

Gray says he started the business about eight years ago on Amazon and eBay, but this is the first time he's opened a physical retail location.

"It feels great," Gray said. "I've kind of known since I was a kid, since elementary school, that I wanted to own a retail shop."

He says he's always had a passion for buying, selling, and hunting down video games.

"It's just kind of the best of both worlds for me," Gray said.

Gray is originally from Athens. He says he saw a need for a game store in town and decided to take action.

So far, the response from the community has been "great."

"Makes me feel good about opening a business and proud to be doing it in Macon," he said.