'Something that all the family can get involved in': New rock climbing gym to open in downtown Macon

Co-owner Kevin Reaves says he knows how much of a battle it can be to keep children occupied, so wants Macon Rocks to be a place where the whole family can gather 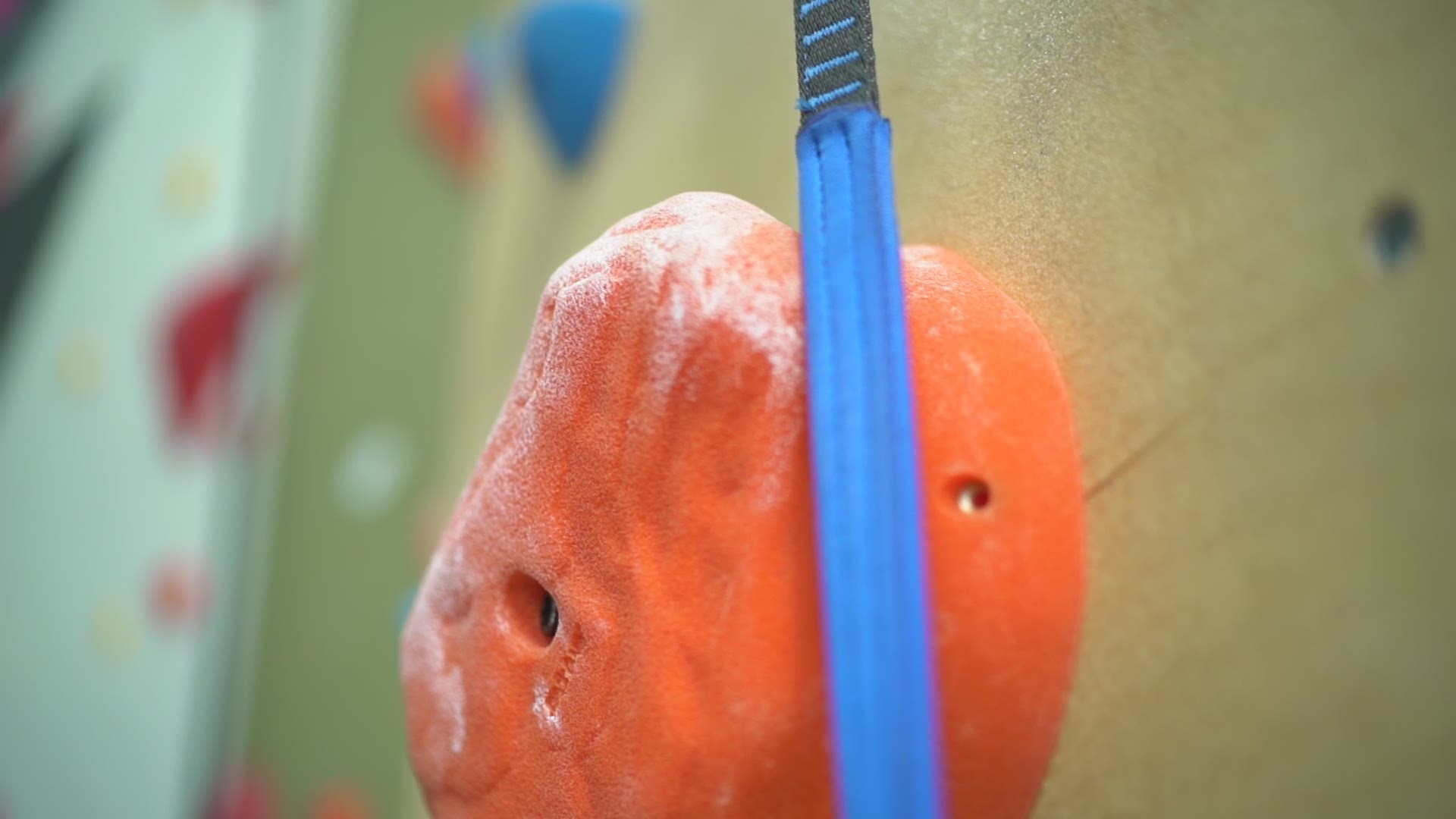 Kevin Reaves is a co-owner of Macon Rocks Climbing gym.

He and Bryan Nichols are the owners of the new rock climbing gym, but this isn't the pair’s first business venture together. They also own Taste & See Coffee Shop and Gallery.

They both also own numerous buildings in the downtown area that they’ve converted to lofts and retail spaces.

“This is basically our biggest undertaking to this point,” Reaves said.

Reaves said he and Nichols were thinking about what they could bring to Macon that was different and fresh. That’s how they decided on a rock climbing gym.

“We were thinking, you know, there’s a lot of universities here. There’s a good demographic for it,” he said. “It’s a little far too drive to Atlanta to go all the way to do any indoor rock climbing activities, and there’s nothing south of us.”

He says after looking for the perfect building and conducting renovations, the gym has been a seven-year process.

Now, Macon Rocks is looking to open by the end of February. Reaves says they’ll have a soft opening with friends and family for a weekend or two beforehand, then have a grand opening later.

“It’s been a long process. We’re trying to do it right. It’s not something you can rush,” Reaves said.

People can purchase a membership to the gym or a day-pass.

The gym will have traditional rock climbing and bouldering. There will be a party room on the second-floor for people and groups to reserve.

It will even have a 24-hour exercise gym on the third floor, so people who don’t want to catch some altitude can still come by.

'Something that all the family can get involved in': New rock climbing gym to open in downtown Macon

That area will have elliptical machines, treadmills, weights and more.

“If you join the rock climbing gym, that’s something that’s included. It’s not extra,” he said.

Having six kids himself, Reaves says he knows how much of a battle it can be to keep children occupied, especially when they aren't in school or when the weather isn't ideal for outdoor activities. He says he wants this to be something everyone can enjoy.

“It’s something that all the family can get involved in,” he said.

The gym is hoping to expand the gym in the future for Phase 2, connecting the building next door to add on a large facility for bouldering only.

Macon Rocks is located at DT Walton SR Way. They are still in the hiring process. Head to their Facebook page for information on how to apply.

Pricing for the memberships and day passes are listed on their website.