'This community is on its way back': New splash pad opens at Milledgeville park

This is just one element of the Harrisburg Park, they also have a playground, new basketball courts, a walking trail and more. 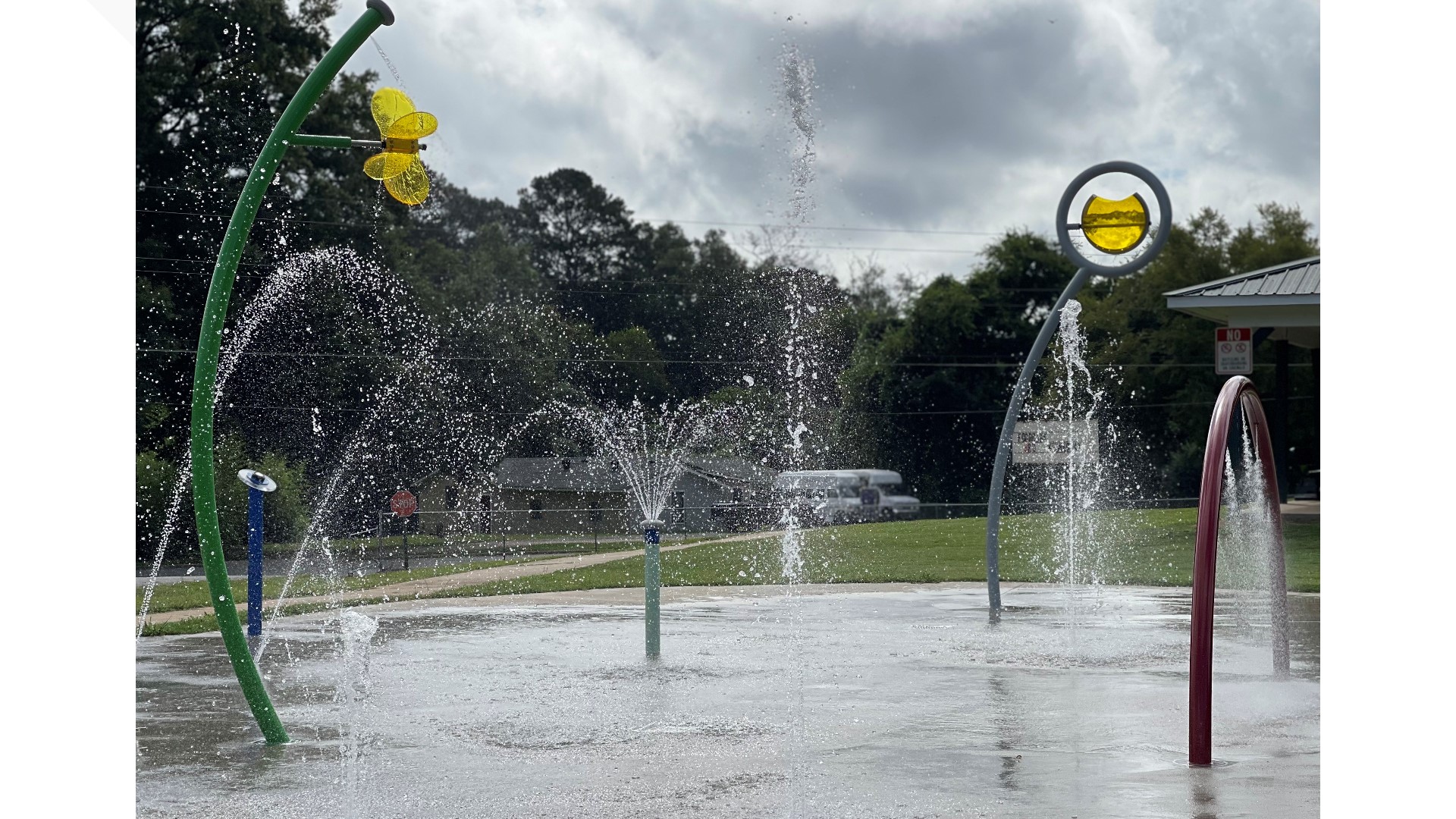 MILLEDGEVILLE, Ga. — Water you waiting for? There's a new way to help you beat the heat at Harrisburg Park in Milledgeville.

A new splash pad opened over Independence Day weekend, but the finishing touches were installed this Tuesday.

County manager Carlos Tobar says a group of citizens came together to develop a plan for a park over five years ago. Harrisburg is the result of their hard work, and there's still more to come.

"This is just one element that has come to fruition," said Tobar.

"This community is on its way back," said Tobar.

He says they hope the park will bring in more tourists. They also hope people will move into the surrounding neighborhoods.

"A neighborhood is only as dynamic as the amenities that are provided, so we think the splash pad is something that will attract families," said Tobar.

The splash pad is simple to use -- you just press the button on top of the blue post, and you have water for 20 minutes! You can play all day from 10 a.m. to 8 p.m., seven days a week.

The park is located at 237 Harrisburg Road SW in Milledgeville.

Pomeranian satisfies her need for speed by surfing at Lake Sinclair

'As casual as they come': New seafood restaurant opens on Lake Sinclair in Milledgeville