Tackling blight in Bibb County could soon be as simple as taking a picture on your cell phone. 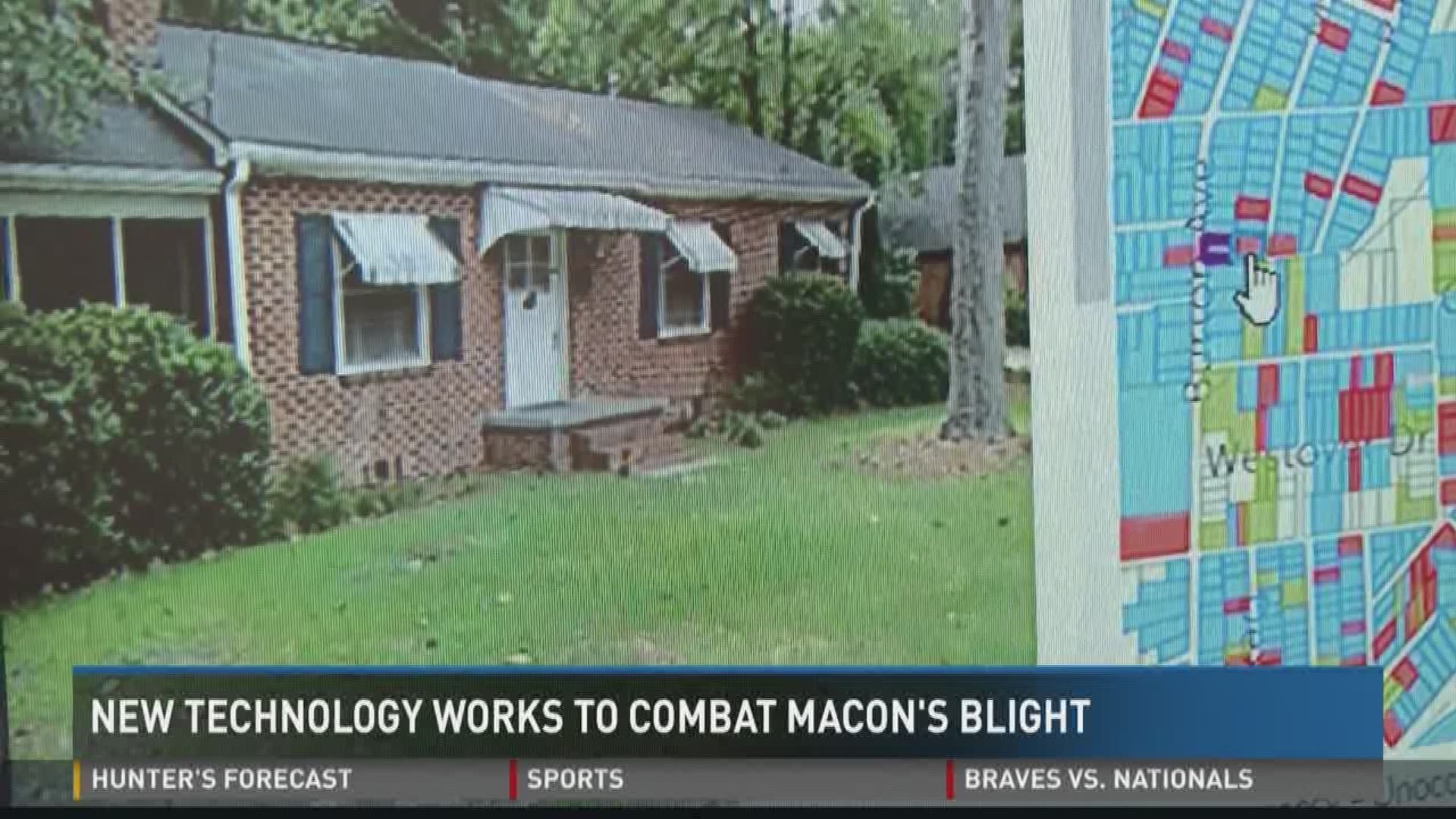 Tackling blight in Bibb County could soon be as simple as taking a picture on your cell phone.

Frank Dixon has spent the last few weeks walking the streets of Macon and during that time he says he has seen a different side of the place he calls home.

“There are a lot of houses that have been vacant. Sitting, got trees going through them,” said Dixon.

When it comes to the county, Dixon is seeing the bigger picture.

That's why he is one of 22 people taking pictures and documenting the condition of about 30,000 parcels of land.

“I would just note the damage like if there was damage to the ceiling, the porch. Is there any dumping on site,” said Dixon.

McGraw is from Loveland Technologies -- a company commissioner Virgil Watkins hired with blight bond funds to create a map of the urban redevelopment area.

“Just being able to visualize where things are is much easier than the old way of going through a list of addresses. It doesn't really tell a story. The map tells a story,” said McGraw.

McGraw says the map can show the county which areas of blight are most crucial to fix first and areas that can be redeveloped.

“You can start to see a cluster of vacant lots that can be used for something else,” said McGraw.

It's all on a live map, so McGraw says people can go in and upload pictures when something changes.

“Anyone can see it and anyone can update it as well,” says McGraw.

“There are a lot of people who actually want to get involved. They want to buy properties. They want to revitalize Macon, so it helps with the conversation of we want to improve our community,” said Dixon.

McGraw says the map should be complete by the end of July.

If you are interested in viewing the map or downloading their app to upload pictures, click this link.