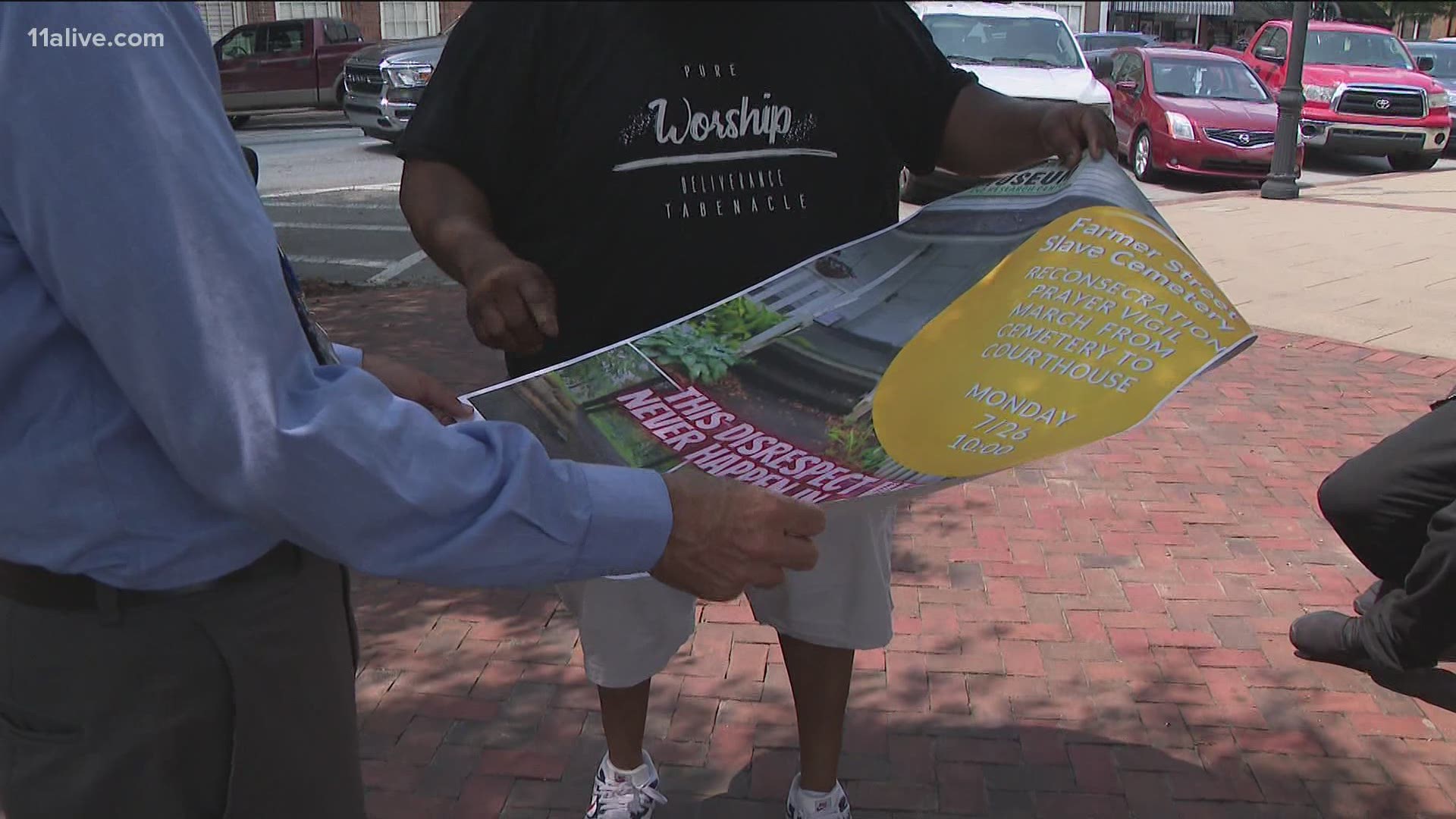 NEWNAN, Ga. — Controversy is now surrounding a new skate park as critics claim it may have been built on unmarked graves at 19th century African American cemetery

Researchers have placed stakes on the landscape – some indicating spots that appear to have been burial sites for folks who lacked the means to mark them. And 249 of them have been identified.

"The reality is that to have a headstone was a lot of money. It was costly to have one. So many burials of enslaved people didn’t have headstones," said Peggy King Jorde, a researcher specializing in such cemeteries.

The Newnan cemetery sits on four acres, but residents think the unmarked graves extend well beyond this plot of land.

They said the skate park probably took out grave sites that never got properly documented.

"My heritage lies in that cemetery. And what they’re kind of doing is washing away my heritage," said Pastor Render Godfrey, who was part of a protest march Monday that challenged the city of Newnan to rethink its skate park.

The city of Newnan, which approved the skate park, said in a statement that “the city held public participation events” which “allowed residents, local business owners and interest groups to share their feedback” over the park.  Critics said it still caught them off guard.

"We want the development to stop. If it’s going stop there, stop. Then do what’s right for the cemetery," said Newnan resident Lillie Smith.

Critics want the city to devote resources to identifying the parameters of the unmarked cemetery – and want the city to maintain it the way they would a historic cemetery that catered to Newnan’s white community.