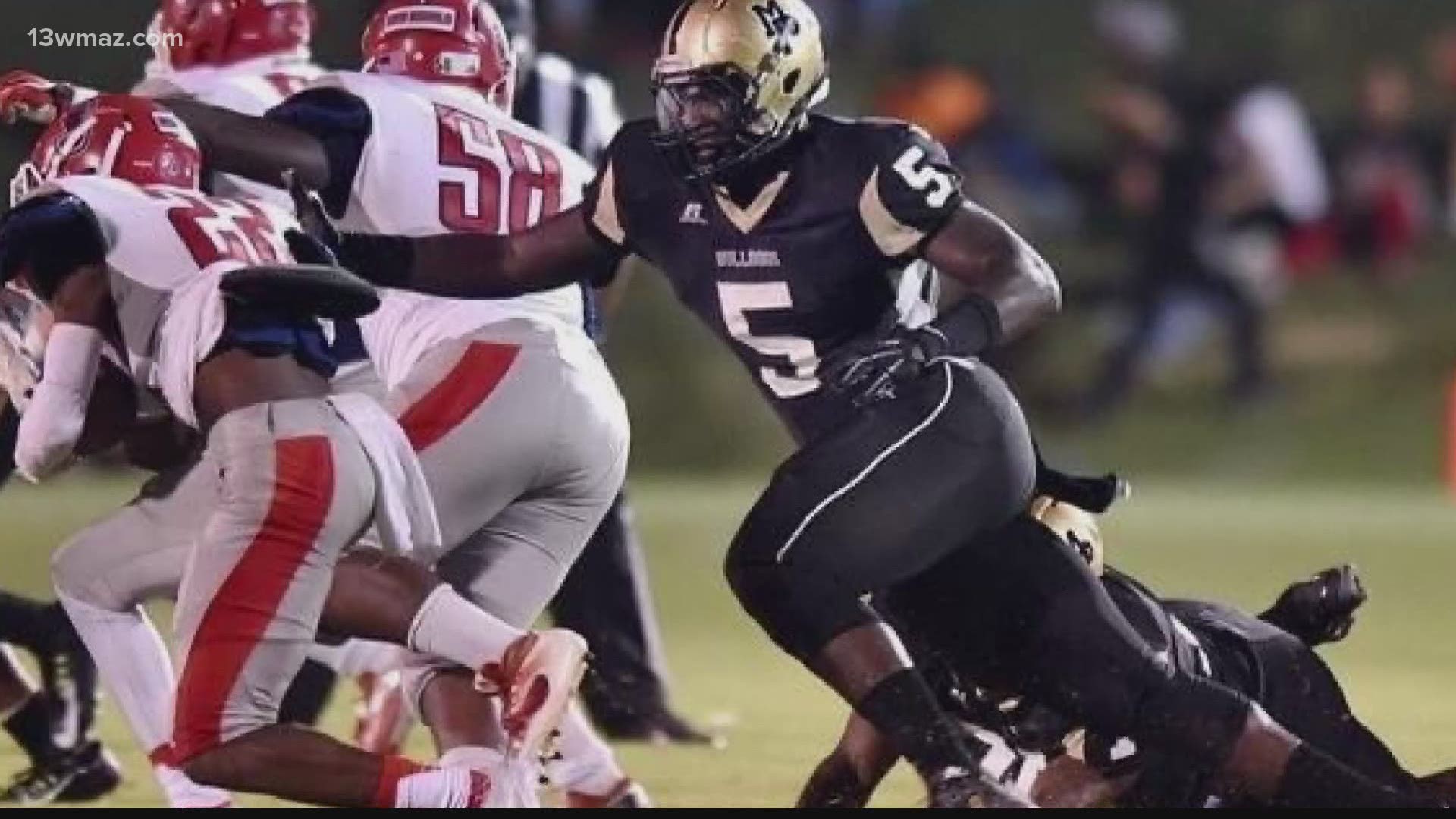 FORSYTH, Ga. — The NFL Draft is a little over two months away and to be drafted is to accomplish a goal that many dare to dream, but few realize. Current Georgia Bulldog and Mary Persons alumni Malik Herring could be one of those lucky few in 2021.

"I said, 'Malik I said WAKE UP,' so I pulled the covers off of him and he had his cleats on," said his mother, Sabrina Watts-Mays.

That's how excited he was to get on the field in middle school and how passionate he was to represent Mary Persons High School.

"All kids grow up around here looking forward to playing for Mary Persons and representing that black and gold," Watts-Mays said.

Herring was no different in that regard, but what stood out was his talent.

"He was a force defensively and as he got older we played him some on offense too and he was just a really good player," said Mary Persons head football coach, Brian Nelson.

Herring played all four years at Mary Persons High. He was named All-State, a four-star recruit, and a Top 20 player in Georgia. Despite all the hype and the praise, Mary Persons is where Herring developed a heart for others.

"He realized all the attention that he started getting from other coaches and then had some of his classmates and students were looking up to him. He started maturing and become a leader," Watt-Mays said. "He took on responsibility of so many kids at school to have like a best buddy club for autistic kids, and he became really close friends with some of them, you know, let them know that they are no different from where he was."

Herring signed to play with Georgia and had a strong career in the red and black, but he never forgot his roots in the black and gold.

Herring could often be seen on the MP sidelines on Friday nights, and he hosted a Family Fun Day for Forsyth children in the summer 2019.

"He serves as a role model to the kids in our community and he's not afraid to come back here and give back," Nelson said.

"He's changed a lot of people's lives around here, especially young kids. That they can do it too that too. He gives them that hope that they can do same thing," said Herring's father, Tim Mays.

Herring was set to enter the 2021 NFL draft after his senior year at UGA. While preparing for the Reese's Senior Bowl, he tore his ACL.

Herring tweeted out that he had a successful surgery performed by Dr. James Andrews of the Andrews Institute of Orthopedics and Sports Medicine in Florida.

His NFL future is now uncertain, but you can be sure, he'll give back to Forsyth either way.

Herring's agent said that they expect Herring to make a full recovery and he will still enter the draft.

The NFL Draft is in Cleveland this year and will go from April 29 to May 1.