'No one protects us like you do:' Memaw's serves veterans hot meals in Macon

Memaw's served hot meals to veterans that stopped by for lunch on Saturday and plan to do the same on Monday to commemorate Veterans Day. 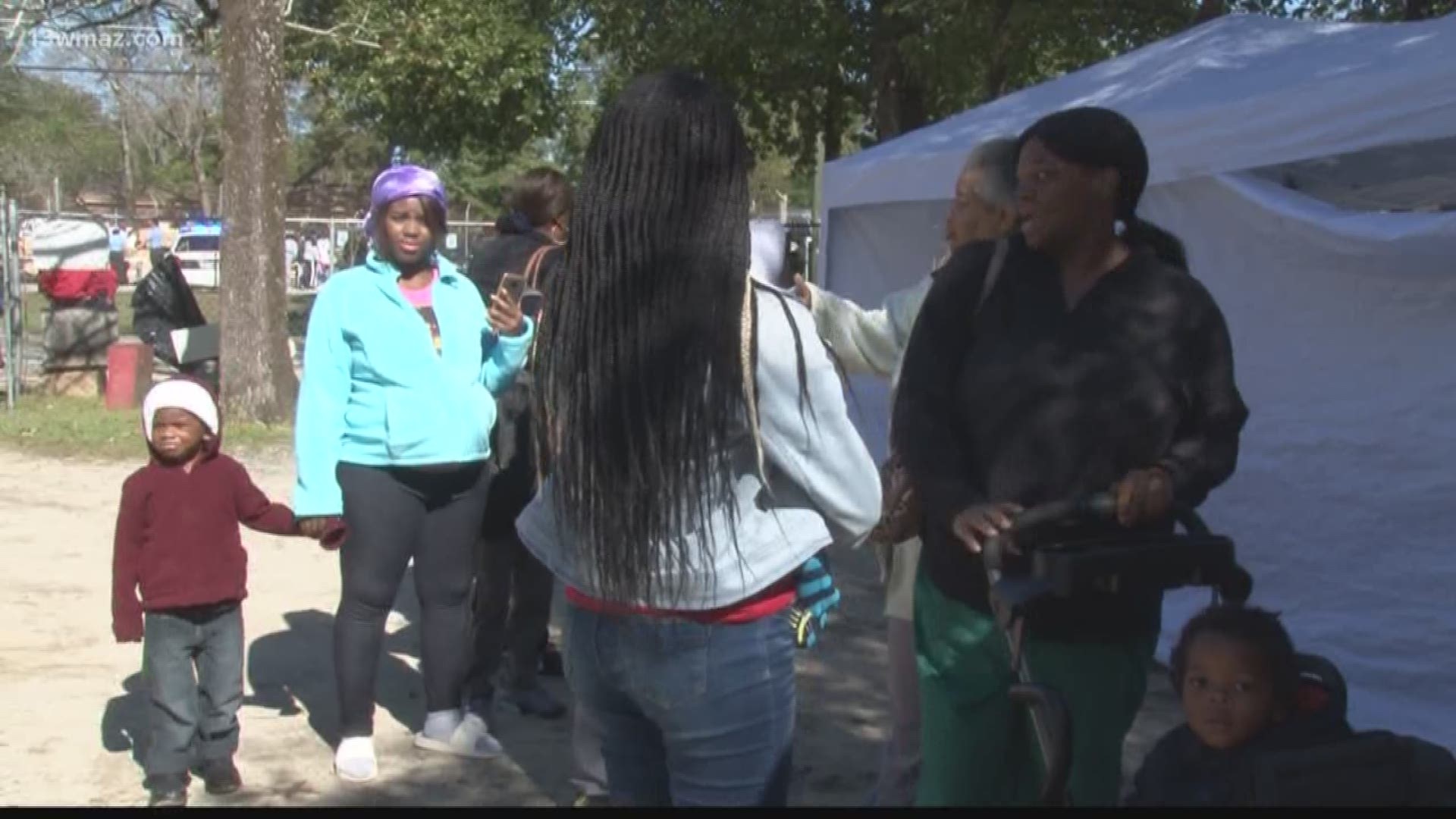 Elbert Houston served as a communications specialist in the military back in 1971 for 15 months before he became injured.

He read off a card given to him by children, "no one protects us like you do, thank you."

For his service, he received a hot meal from Memaw's, free of charge, in honor of Veterans Day.

"I appreciate what they're doing because they don't have to do it. It's not their obligation," said Houston.

He's not the only one.

Veterans from all over Macon stood in line, waiting for a home-cooked meal on Saturday that came from the hearts of the entire Memaw's family and legacy.

"This is part of her legacy; this feeding of the community was something that she took to heart," said Memaw's son Richard Lockett Jr.

Alfreda Lockett, better known as Memaw, passed away last November, but her tradition of feeding veterans carries on.

"We are just thankful to be able to serve and help the veterans and all of the citizens of Macon," said Lockett.

To veterans, it shows the community cares.

"It's a meaningful thing, and to see the community come together for a positive thing, as opposed to a negative, and that always rate highly over anything," said Rufus Bundrige.

It's a tradition that the Memaw's family plans to carry on for many years.

On Monday, Memaw's will be giving out another round of food to veterans.

This time, they will also give away groceries for families to take home.