'No warning, no couple of weeks, no nothing:' More than 350 employees affected after Valmiera Glass plant closes

Employees received a letter Monday morning informing them that the Phase II plant was closing immediately. 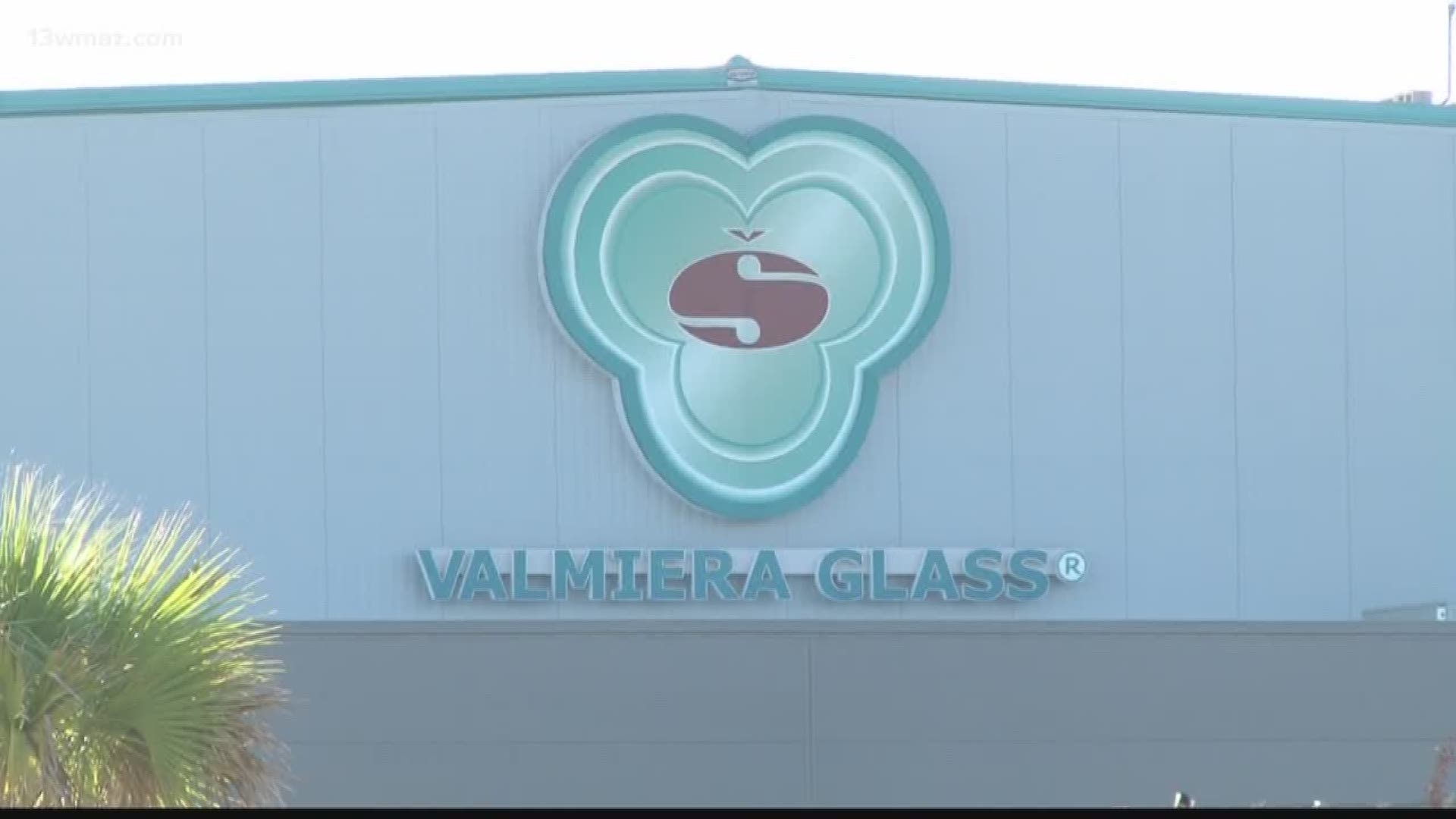 Valmiera Glass released a statement Tuesday morning saying attempts to find an external investor for one of their operations failed on Sunday.

They also said more than 350 employees were laid off Monday, instead of the estimated 320.

The rest of the statement reads as follows:

In addition, the company filed a voluntary petition for relief under Chapter 11 in the United States Bankruptcy Court for the Northern District of Georgia on June 17th at approximately 8 p.m.

The company intends to continue to operate its Phase I Needle Mat division in the ordinary course of business while it formulates its reorganization plan around this profitable side of its business."

Workers at a Dublin glass-fiber plant say they were notified Monday morning that part of the plant is closing, putting them out of a job.

Employees that spoke to 13WMAZ Monday said that it seemed nobody in the plant knew the closing was coming.

"As soon as possible, they just shut it down. They didn't give us no warning, no couple of weeks, no nothing," said Dylan Obyrne, a former employee.

Employees received a letter stating that the American branch of the Latvian-based company experienced "unanticipated financial downturn and significant loss of business revenue."

The company hadn't been unable to find a buyer for the branch and the Phase II plant in Dublin would be closing. Obyrne said he wasn't altogether surprised, because the plant had been experiencing problems.

"It was to be expected -- I mean, if it happens, it happens, but, I mean, we just got to move on from this and that's the only thing we can do," he said.

Kyle Waldrep from the Dublin-Laurens County Development Authority said his company was put on notice as well.

"A letter was received from Valmiera Glass stating that the company's intent was to shut down Phase II of their recent expansion in Dublin and that it would affect approximately 320 employees," Waldrep said.

It's unclear how many employees would actually be fired. Some that spoke to 13WMAZ Monday said they would be transitioning to the plant's other building.

To show just how sudden the closing was, Obyrne said he had received a promotion with a pay raise that same morning.

"That's just bad timing. I started out at $13 an hour, worked there for a year and a half and I finally got $15, and next thing you know, boom, I got laid off," Obyrne said.

Now, he and his former coworkers will look to start their next chapter. Obyrne said he's confident he can find a job at another plant in or around Laurens County.