Out of thousands of applicants, Central High School graduate Edna Rutland's work stood out to a distinguished journalism organization in Washington D.C. 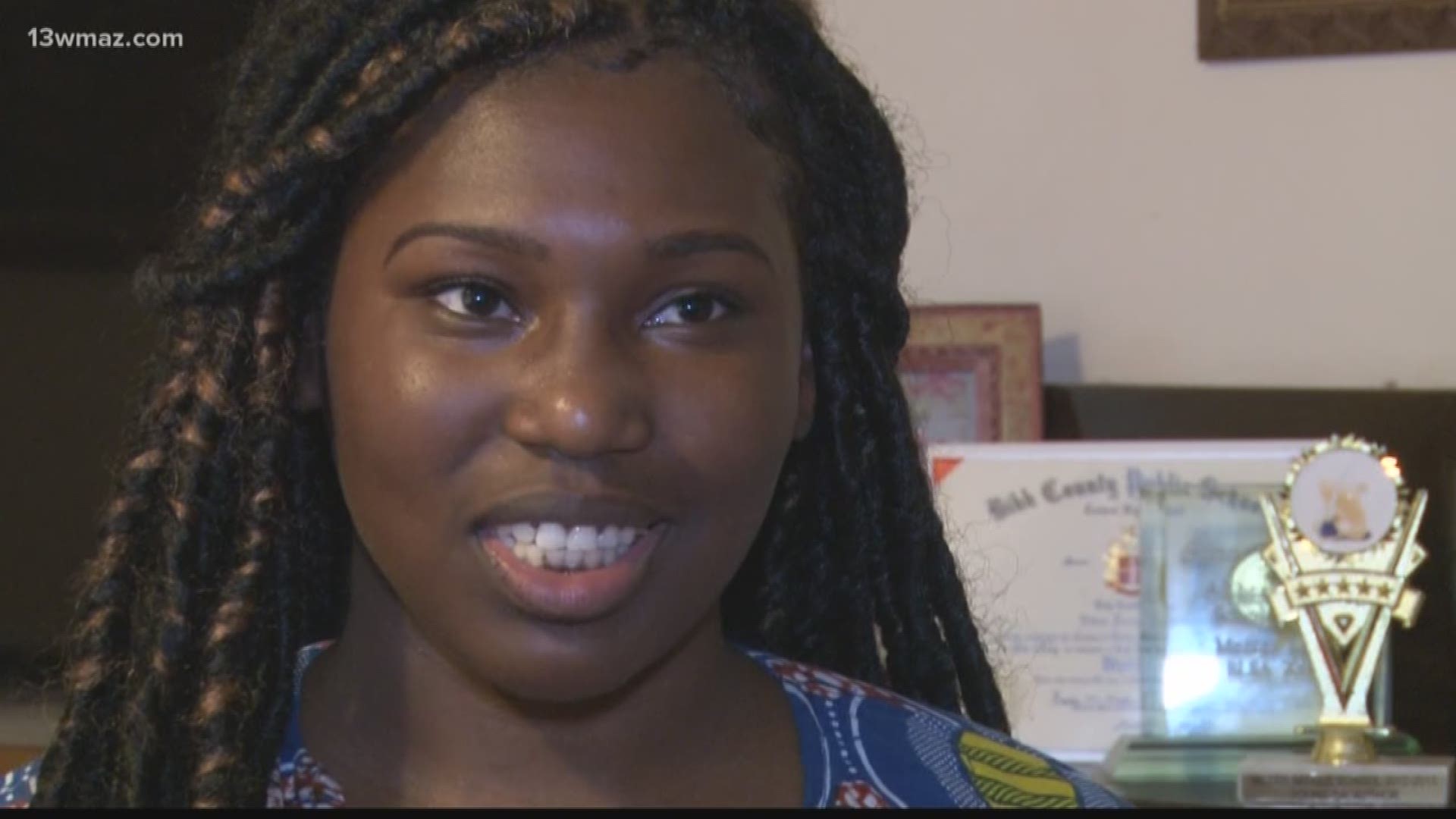 MACON, Ga. — Edna Rutland is leaving her Macon home for a new beginning at the college of her dreams.

"I always tell people that FAMU wasn't my number one choice, it was my only choice, and I definitely, definitely made the right one," Rutland said.

She'll head down to Florida A&M University in Tallahassee, Florida to pursue a journalism degree. She says her passion started at a young age.

"My grandma used to always make my brother and I watch the news. So, at 6 p.m., we had to watch the news, regardless of what we were doing, where we were, whatever," Rutland said.

In high school, she found her love for reading and writing paired well for a career in reporting.

"I mainly was involved in WVIP-TV, which is Bibb County's education channel, so I would help shoot content for that, write, edit. I attended Hutchings College and Career Academy in the mornings, and I was a part of their audio and film program," Rutland said.

At 16-years-old, she submitted an essay into a program at Harvard University, and they invited her to speak on their campus.

"I presented one of my papers, and that's when I realized that I had something to say, and people actually wanted to listen to it," she said.

Her work continues to stand out, winning a scholarship out of thousands of applicants from the National Press Club in Washington, D.C.

"We applied for it, and then when we got it I was like, 'Oh my goodness!'" she said.

"She's going up next week to receive the award, and they've asked her to give an acceptance speech, we're so excited, the whole family will be there," Edna's father Charles Rutland said.

The $20,000 scholarship will go towards her four years attending FAMU's journalism school.

Her father Charles is an alum, and he couldn't be more proud.

"It just gave me the confidence to know that I can do literally whatever I want to do, and nobody's going to stop me," she said.

When she finishes school, she says she wants to come back to Macon and help children from under-served areas with their reading and writing skills.

She says she also dreams of running for mayor one day.