Bridging the divide has taken some time and patience but the city is committed to making sure all their residents understand that local law enforcement is there to protect them. 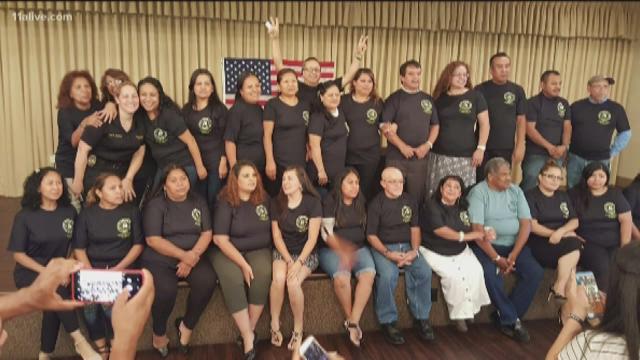 NORCROSS, Ga. — Police in Norcross are working to solve a serious issue in their community - a language barrier preventing members of their Hispanic community from seeking their help.

Bridging the divide has taken some time and patience but the city is committed to making sure all their residents understand that local law enforcement is there to protect them.

"There's a lot that's lost in translation," he said. "We don't want that."

The Chicago-bred Puerto Rican is connecting the department to the city's Hispanic community. In 2012, the department noticed a spike in armed robberies and home invasions targeting Hispanic residents. Most of the crimes went unreported.

"They believe you call the police, you're going to get deported and the police are corrupt," Rivera said.

The department realized they had to do something to make 40 percent of their community feel safe. The Hispanic Citizen Police Academy was launched as a way to educate these residents of the law.

"We are not the federal government so we're not going to arrest anybody for not having papers," Rivera said.

Since that first year, there have been three classes of graduates from the academy, a Facebook page all in Spanish and more bilingual officers hired to the force.

Norcross's new mayor, Craig Newton, has made continued outreach a priority for his administration despite what he calls politicized tweets about immigration from the president.

"Our focus here in Norcross is the practical," he said. "How can we make Norcross better."

The outreach does not stop there. Saturday, they will hold a festival for the mayor to meet more Hispanic residents in the community and already Sgt. Rivera has a long list of people who want to sign up for the next Citizen Police Academy. It will take place in July.