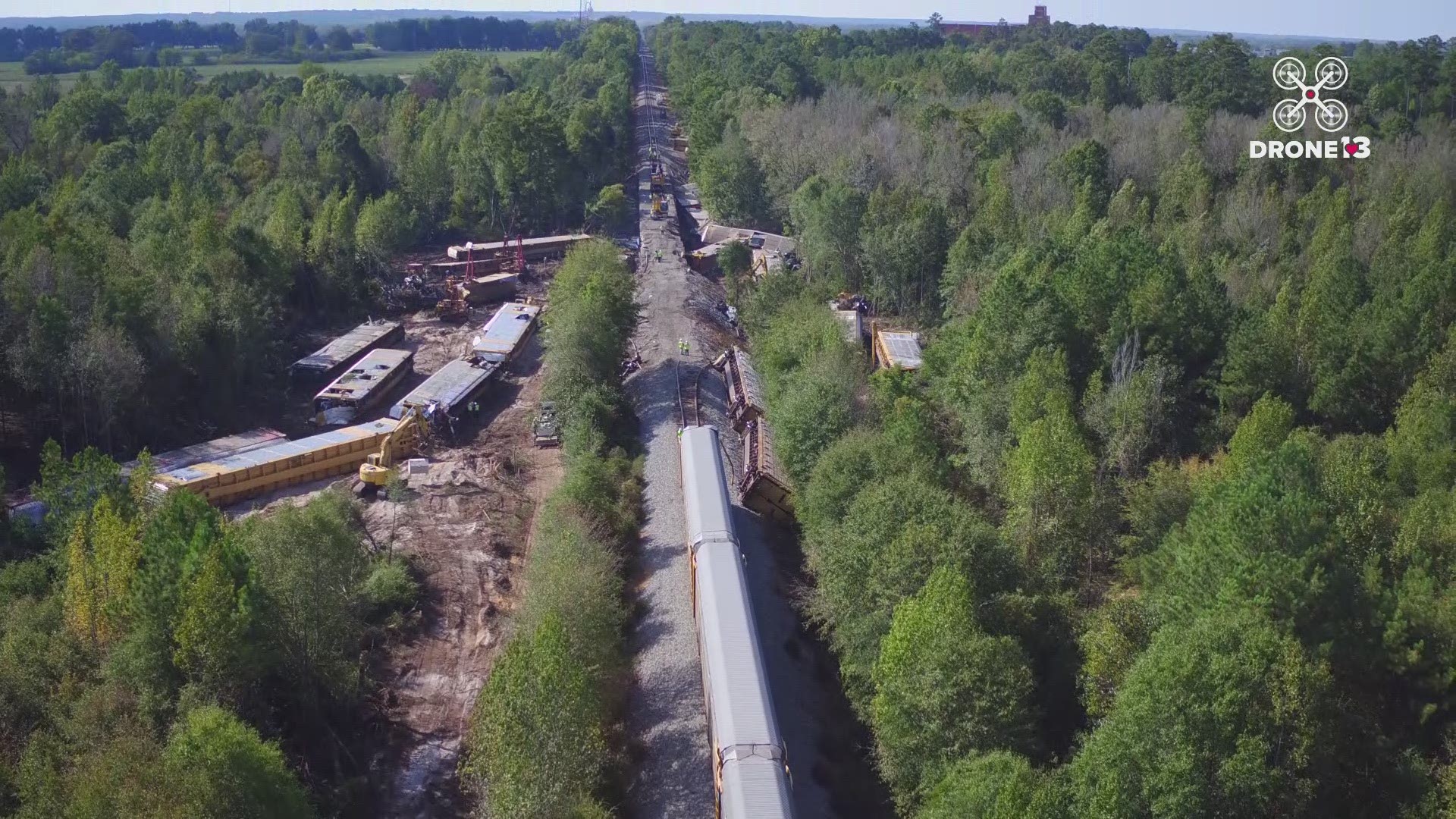 PERRY, Ga. — A Norfolk Southern train left cars scattered on both sides of the track when it derailed between Kathleen and Perry Wednesday.

It forced the Georgia Department of Transportation to close a stretch of the busy Highway 247 Spur to let allow crews to clean up the crash and make repairs to the track.

The train was headed to Jacksonville from Macon when it crashed, causing 34 cars to leave the track.

From Drone 13, you can see cars strewn in a wooded stretch. No one was hurt and right now it's not known what caused the train to derail.

Norfolk Southern survey crews were working at the scene to gather information on Thursday. A Georgia Service Commission representative was also there. A gas main was damaged when the crash first happened, but it has since been repaired.

The most recent one was deadly. It happened in July in Dodge County at a crossing off Highway 341 in Chauncey. 23-year-old Morgan Sheffield died when his log truck stopped on the tracks and the train couldn't stop in time.

In November 2018, there were two derailments along the same stretch of track. The first was November 17 in the city of Byromville. About 30 train cars derailed and went over a bridge on Highway 90. Neighbors were evacuated because there were propane tanks on board.

Eight days later, a train transporting Phosphoric acid derailed in Macon County about 12 miles down the line from the Byromville accident.

A Georgia DOT release says to expect the 247 Spur to remain closed for at least two days for the clean-up of the latest crash. The stretch of road is a busy one -- it's between Purdue Farms and the Frito-Lay plant.

Check out this aerial view of the 2019 Georgia National Fair