North Macon family 'in shock' after home set on fire

Fire investigators say the smell of gasoline was present. 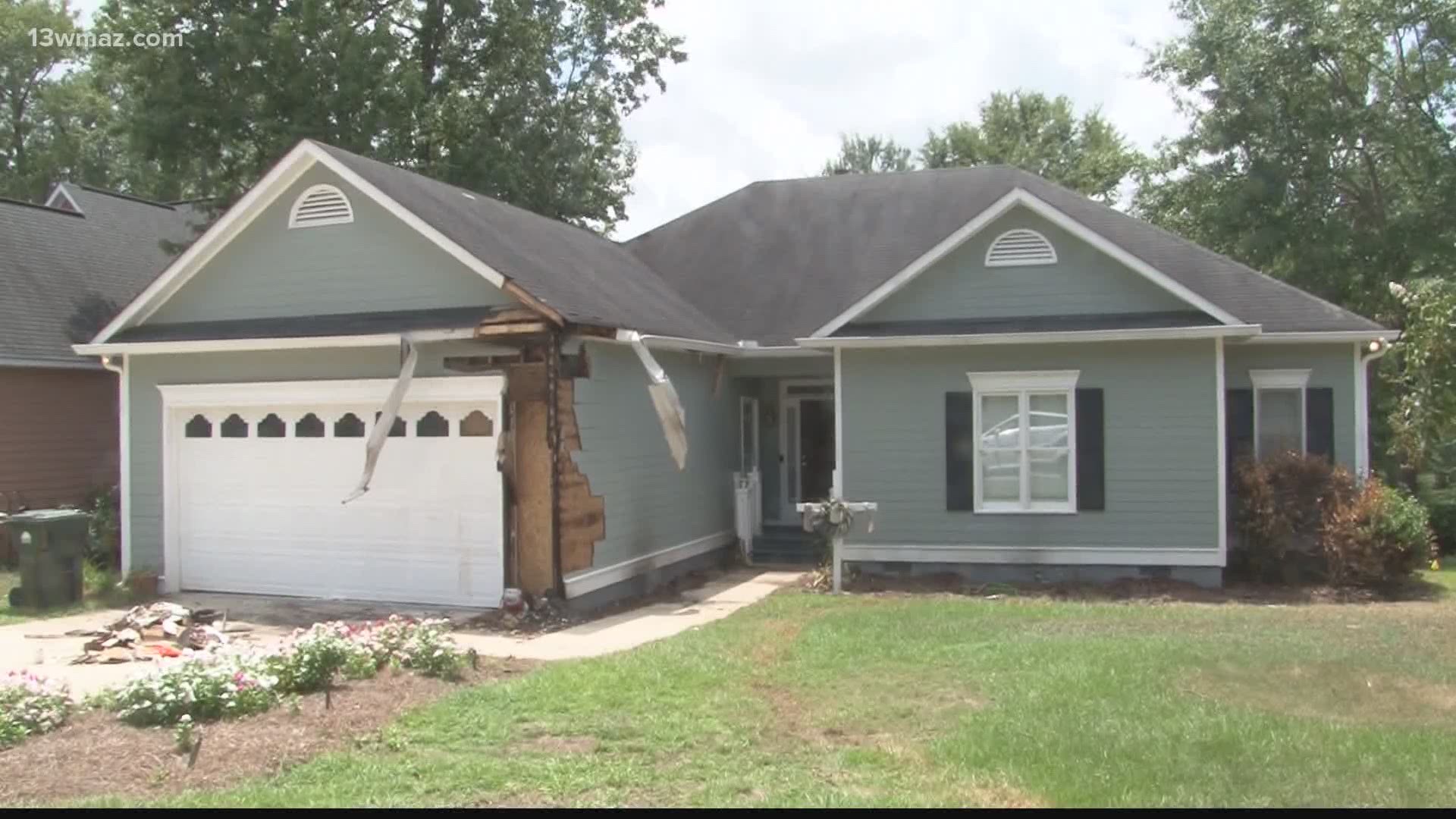 As details emerged, it was found that it was done on purpose.

It was an unusual smell that woke Sonya Walker up in the early hours of Monday morning.

"She just happened to look out and see the corner of our house or garage on fire, so she started screaming for me to get up," Jason Walker said.

The couple scrambled out of their home. Jason began searching the property to see what might have started the blaze.

Following a trail of burnt grass to the gas meter on the side of his home, Walker thought it might be an electrical issue, but investigators said the smell of the burnt grass tells a different story.

"And [the investigator] is like, 'No, somebody did this,'" Jason said. "In one of the spots, he kind of pinched up some of the dirt or grass or whatever and he says, 'Smell this,' so I smell it and I go, 'Well, yeah, that kind of has the smell of gasoline.'"

The Walkers said they don't have any enemies and aren't sure why someone would target their house.

"We're just in shock. Still trying to figure out who? Why? Is this just a random act?" Jason said.

What scared the couple most is that Jason's stepdaughter and the couple's grandchildren just moved out. The fire spread right in front of their old rooms.

"We're just so thankful that, you know, they weren't there," Jason said.