The spray painted words in the park read 'Go back to Mexico' along with a swastika. 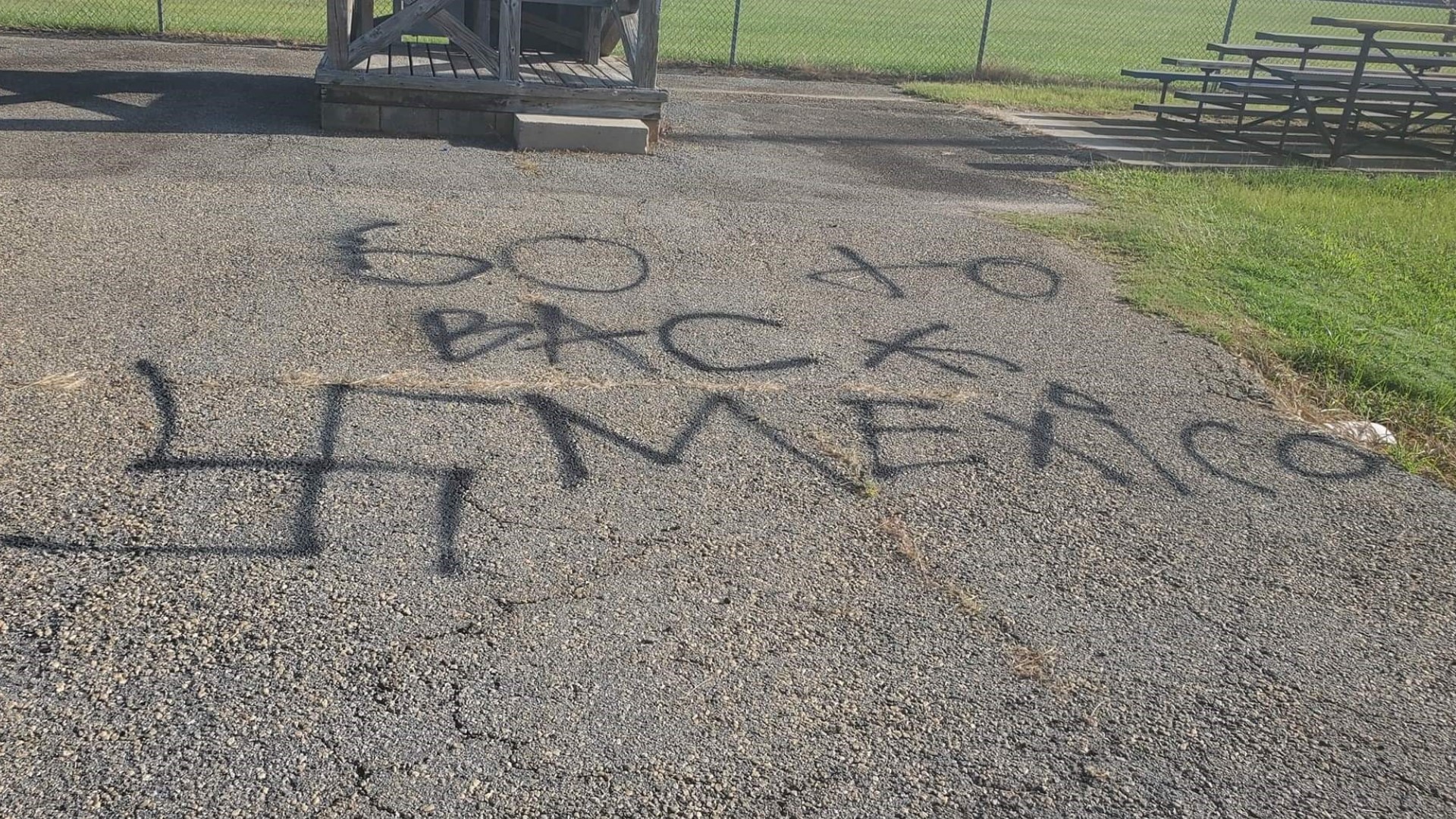 BYRON, Ga. — Spray painted words "Go back to Mexico" were found at North Peach Park in Byron on Sunday.

According to Chief Wesley Cannon, the Byron Police Department was called out to make a report on the vandalism.

The police department has contacted the Recreation Department to have the spray paint removed Monday.

The vandalism was near the soccer field at North Peach Park.

Cannon says the police department found “a couple different places in the park” that were vandalized.