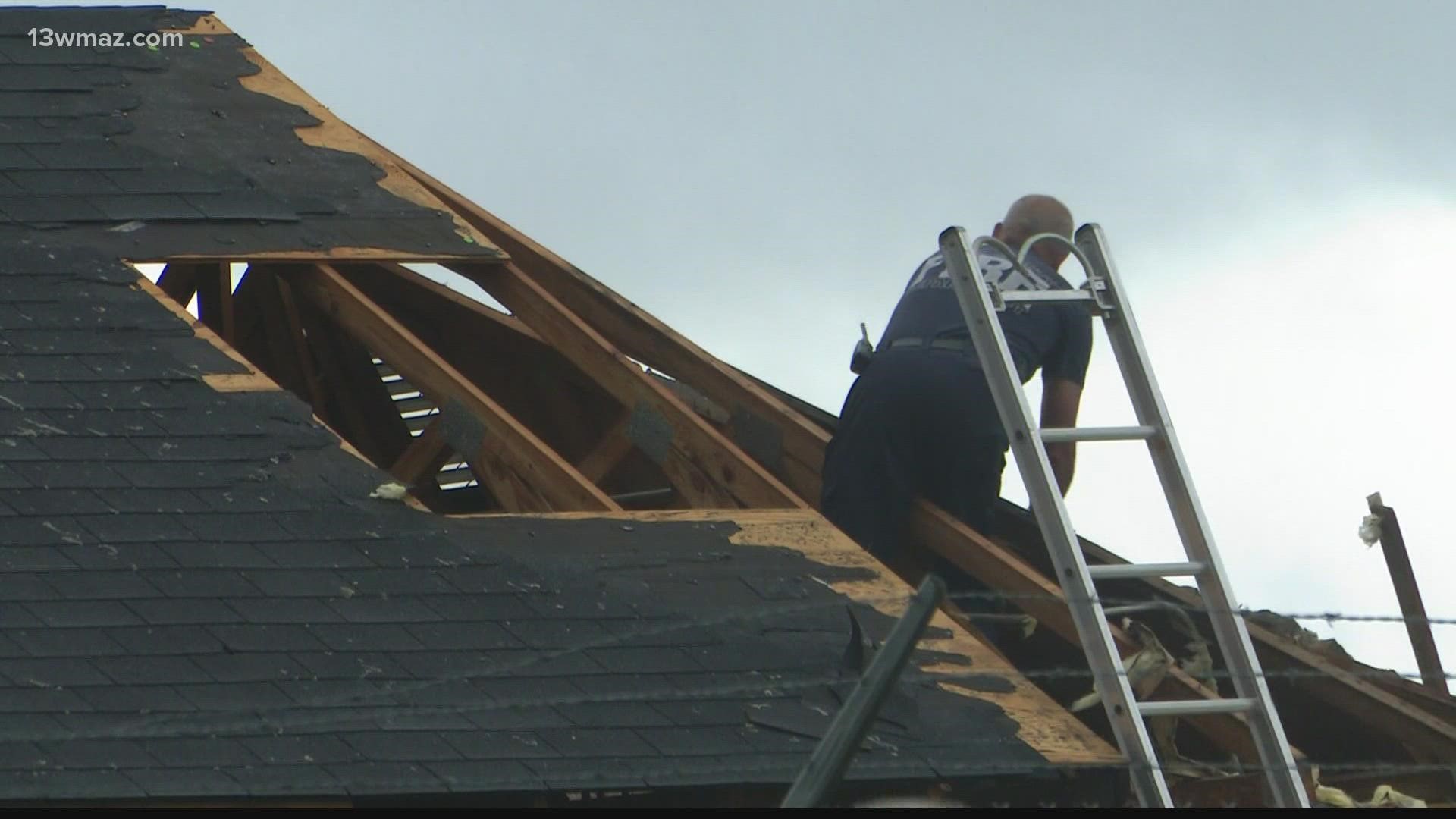 JEFFERSONVILLE, Ga. — The National Weather Service has officially confirmed that a tornado touched down in Twiggs County early Tuesday.

It had winds of around 80 mph, making it an EF-0 on the Enhanced Fujita scale, and tracked for about 2.6 miles.

They say it touched down south of I-16 before exit 24 and went north before stopping near the KJGX radar.

It flipped over several boats from the nearby Academy Sports Distribution Center, collapsed a wall of a community well pump station, and knocked down several trees.

'It was rough': People in Twiggs County wake up to find storm damage