Man captured after firing at officer, Hwy. 78 shut in Snellville 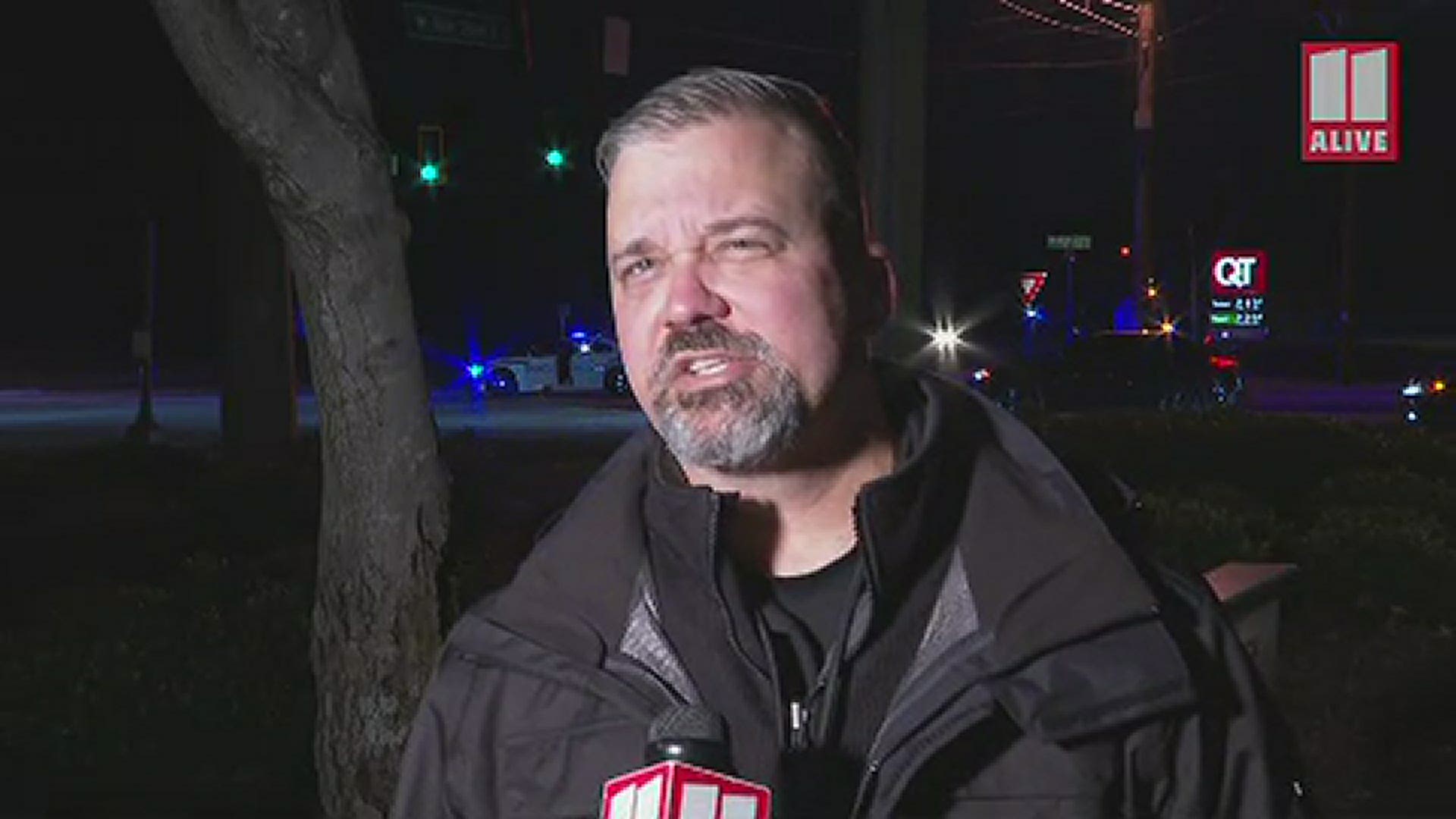 SNELLVILLE, Ga. — UPDATE: 11Alive's Joe Ripley reports the man, now identified as Shawn Davis, 43, of Kentucky, has been captured and is being treated for hypothermia. He faces felony charges including aggravated assault on a law enforcement officer.

MORE DETAILS: According to Snellville PD, man was captured by Gwinnett Co. SWAT, he's alive, being treated for hypothermia at scene where he was caught after running around in woods for hours. He will face, among other felony charges, aggravated assault on LEO @11AliveNews

Police in Snellville are searching for a man who fired at an officer early Monday morning, they said, and Hwy. 78 is closed for a stretch.

Cpl. Jeff Manley in the Snellville Police Department told 11Alive that officers responded around 3 a.m. to a suspicious person call at a neighborhood on Summit Peak Way.

When officers located the man, he said they attempted to stop him and talk to him, but an altercation ensued and he fled.

Manley said officers chased the man into the woods, and one officer attempted to deploy her taser. It failed to subdue the man, who fired a handgun at the officer, according to Manley.

She responded with fire. Neither the man nor the officer were hit.

The Georgia Bureau of Investigation has been called in to investigate the officer-involved shooting, as is standard procedure.

The suspect remains at large, Manley said, and K-9s and a helicopter have been deployed in the search for him. He advised residents in the area to remain in their homes and call police if they see anything suspicious.

Hwy. 78 is closed from Cooper Rd. to Grayson Pkwy. and is expected to remain closed as the search continues.

The Gwinnett County Police Department SWAT unit is aiding in the search.

This is an officer-involved shooting in Snellville, confirms @GwinnettPd. We have a crew headed to the scene #MorningRushATL https://t.co/8tdYwavqdU

This is a developing story. Refresh for updates.