The shooting happened after people were kicked out of a nearby club for fighting, police said 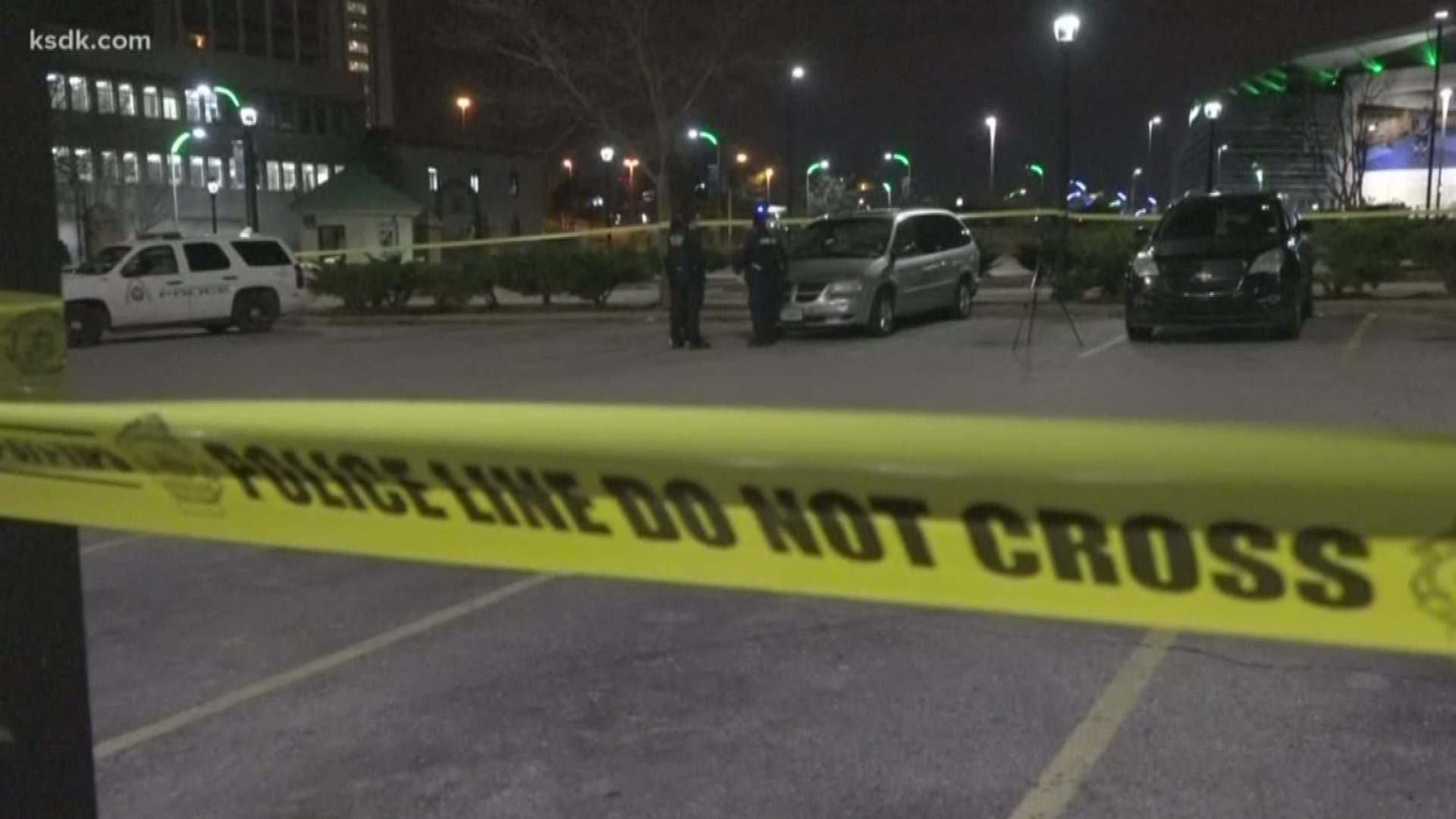 According to the St. Louis Metropolitan Police Department, the officer was on the 1200 block of Clark Avenue when a suspect started shooting at a man who had just left a nearby club. The officer called for aid after the suspect got into a silver vehicle and drove away.

Police pursued the vehicle, but lost sight of it at Page Boulevard and Vandeventer Avenue.

The 30-year-old victim later showed up at Barnes-Jewish Hospital. He told police that he and others were escorted out of a club after a fight. While he and a family member walked to their car, the suspect shot at them.

The victim's family member took him to the hospital, where police found multiple guns, ammunition and a large amount of suspected narcotics inside their car.

A van in the St. Louis City Hall parking lot had a bullet hole through its front windshield and the lot was taped off while police investigated early Monday morning. Several evidence markers were placed at the scene.

The investigation is ongoing.