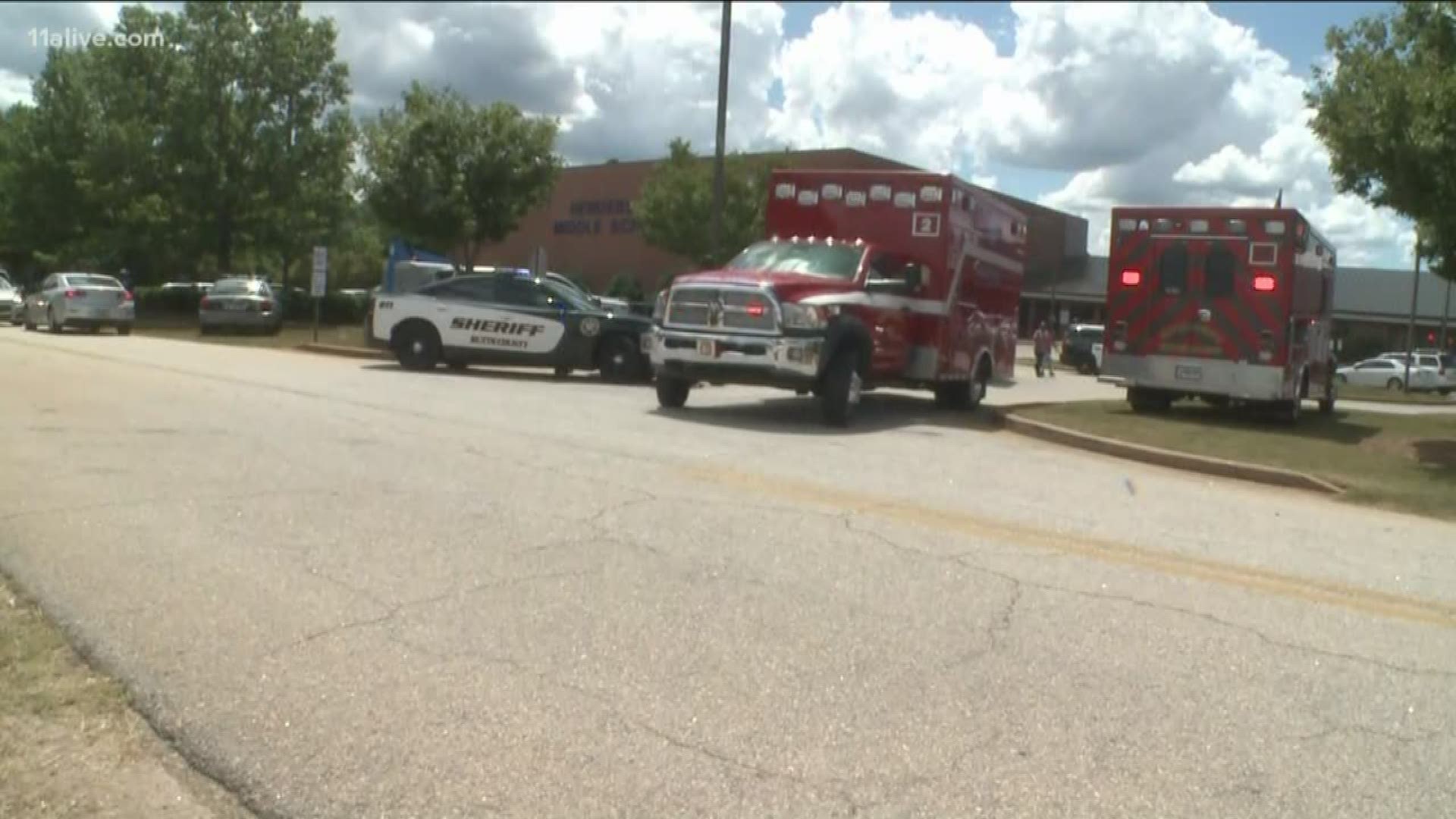 JACKSON, Ga. — Several students were sickened after eating candy in Butts County on Friday, sending one to the hospital.

Police confirmed in an exclusive interview with 11Alive that as many as 28 students ingested the candy at Henderson Middle School. The school is located off George Tate Drive in Jackson, Ga.

The candy was originally suspected to be THC-laced but investigators have nearly ruled that theory out.

The hospitalized student's urine was tested and no drugs were detected. They said they believed the candy was crushed Jolly Ranchers, and that the original bag was recovered after serving a search warrant at another student's home.

The Butts County Sheriff's Office posted on Facebook that the food came from a food bank.

"Scientific evidence has shown that the candy IS NOT infused with any narcotic or THC. Investigation revealed this candy was picked up at a food bank in Hampton, Georgia. The candy could be possibly contaminated causing an illness when ate. Again there was no wrong doing on any child involved."

Listen to a Butts County Sheriff's Office investigator who explains their investigation.

In that same Facebook post, the department talked about the signs that made them think it was candy laced with THC.

"The way that the candy was packaged, along with the symptoms that the children were displaying were very similar to those of potent THC ingestions," the post said.

The district said parents of all children who ingested this substance have been notified. They said they took precautions to restrict movement on the campus during the investigation and provided additional supervision if any of the students needed assistance.

Earlier in the day, Butts County Sheriff Gary Long warned parents about the candy in a Facebook post that's been shared thousands of times.

"If you find this substance in your child's possession, please contact 911 immediately so we are able to retrieve it," Sheriff Long said.

In February, more than two dozen students at Sandtown Middle School in Fulton County school were taken to local hospitals after eating snacks and candy on Valentine's Day.