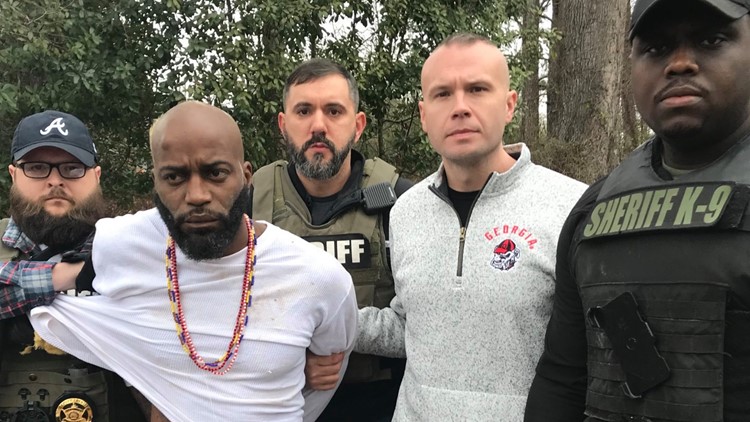 GRIFFIN, Ga. — Two members of the Blood gang were arrested Monday after one of the men was found in the attic of a home in Griffin.

According to a news release from the Spalding County Sheriff’s Office, several agencies worked together to arrest 41-year-old Myrrin Watson at a house on Hosanna Road.

They say Watson is one of the highest-ranking gang members in the county, and the search for him began two weeks ago after Watson sped through a traffic stop.

Sheriff Darrell Dix says agents were watching the area and confirmed Watson was at the house. They entered and heard movement in the attic.

Dix says they began ordering him to come out, but he would not respond, so they began dismantling the ceiling.

After refusing to surrender, Watson was Tased and fell from the ceiling to the floor. He was then taken into custody uninjured.

A search warrant was executed after his arrest, which found six guns and four dogs, leading them to believe there was evidence of dog fighting.

Watson is facing 18 counts of Violation of the Georgia Criminal Street Gang Act, six counts of possession of a firearm by a convicted felon, obstruction of officers, possession of drug related objects, fleeing and attempting to elude, and violation of probation.

Williams is charged with two counts of the Georgia Criminal Street Act, hindering the apprehension of a fugitive, obstruction of officers, and violation of probation.

Spalding County woman who may have recently given birth is missing

Who shot the officer's wife? | Examine the evidence yourself