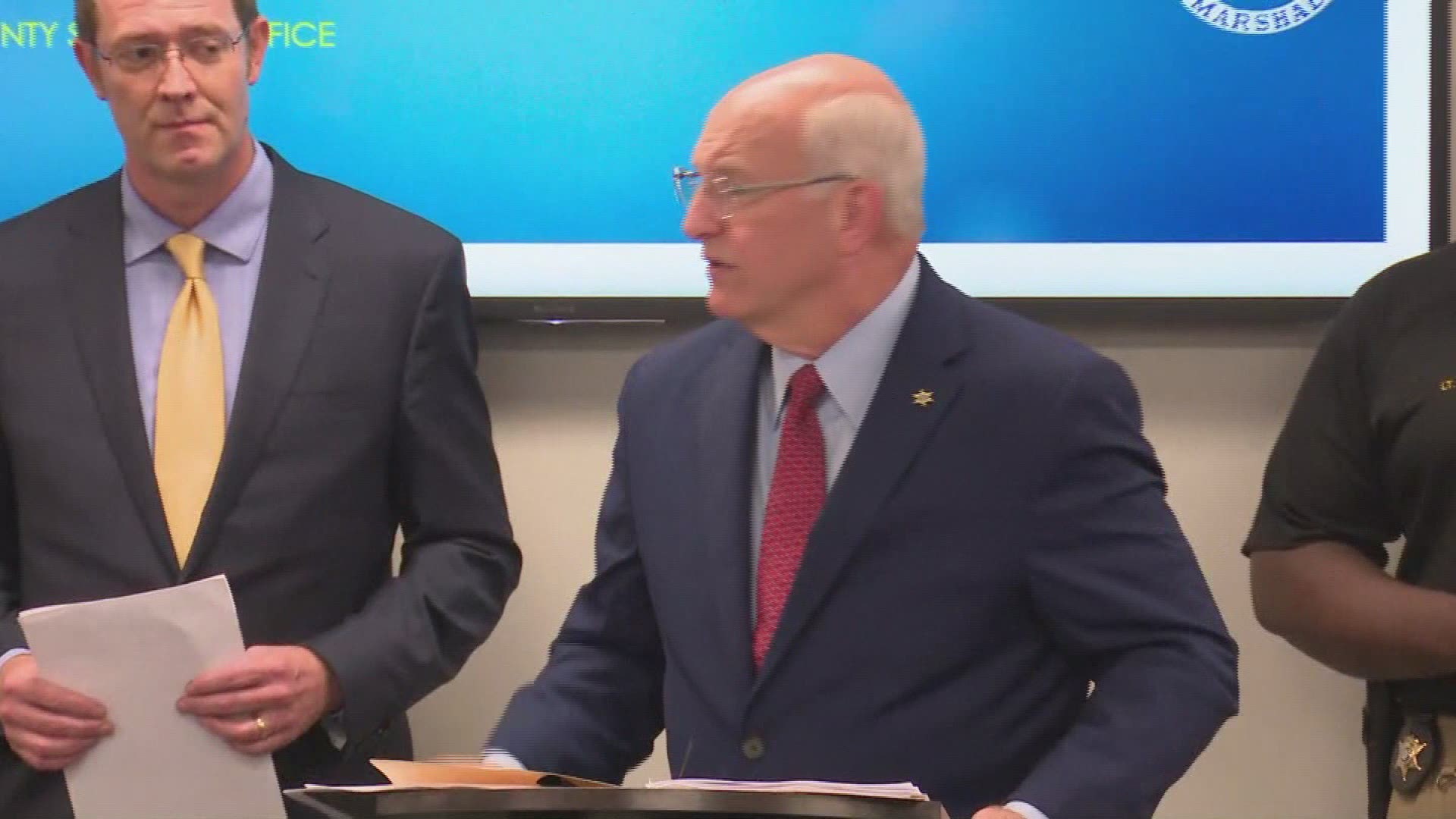 More than 30 people were arrested and charged as the result of a sweeping, months-long investigation into organized crime in Macon-Bibb County.

Davis says that back in March, the sheriff's office gang unit noticed an uptick in power struggles among local leadership as higher-ranking gang members were taken off the street.

With the help of Cooke and his staff, investigators used wiretaps on gang leaders' contraband cellphones to build cases and identify more suspects involved in crime.

After serving search warrants last week, 32 people were arrested and charged with a variety of crimes that included drug trafficking and conspiring to commit murder. Some of them were already in jail and received additional charges.

Sheriff Davis shared the story of Leory Richards III, who was living at home with his grandmother at the time the warrant was executed.

She told investigators she was worried about how she'd pay her water bill from month to month, and then they found $18,000 tucked away for gang-related clothes and weapons in his room.

Cooke then spoke about contraband phones in jails saying, "If you're using a contraband phone, you better remind yourself to be polite because a jury will probably hear every word you say."

Reporter Avery Braxton will have more on Operation Blueprint on 13WMAZ News at 6 and 11.